I recently split my Trashbot in half to finally get hold on the walking patterns of the lower part, as I changed the controller from Arduino Nano to Raspberry Pi. Here’s the upper part: 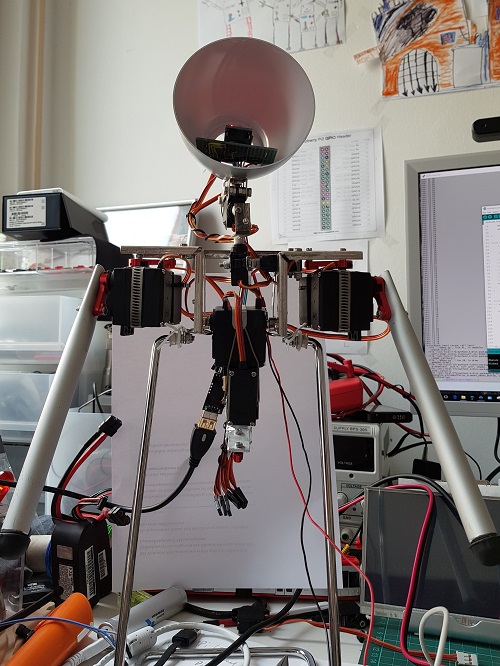 With the recent progress of running Oculus Rift from a Pi 3 and the experiments of streaming video from the stereo cam Blackbird 2, I thought it was a great idea to attach the camera to the upper part of Trashbot and send the Oculus head orientation to the neck controlling Arduino Mini Pro.

First step is to get the Arduino run with the PC again. But oh, that shitty servo:

So, before diving deeper into head synchronous robotic telepresence, I’ll need to fix that bugger…