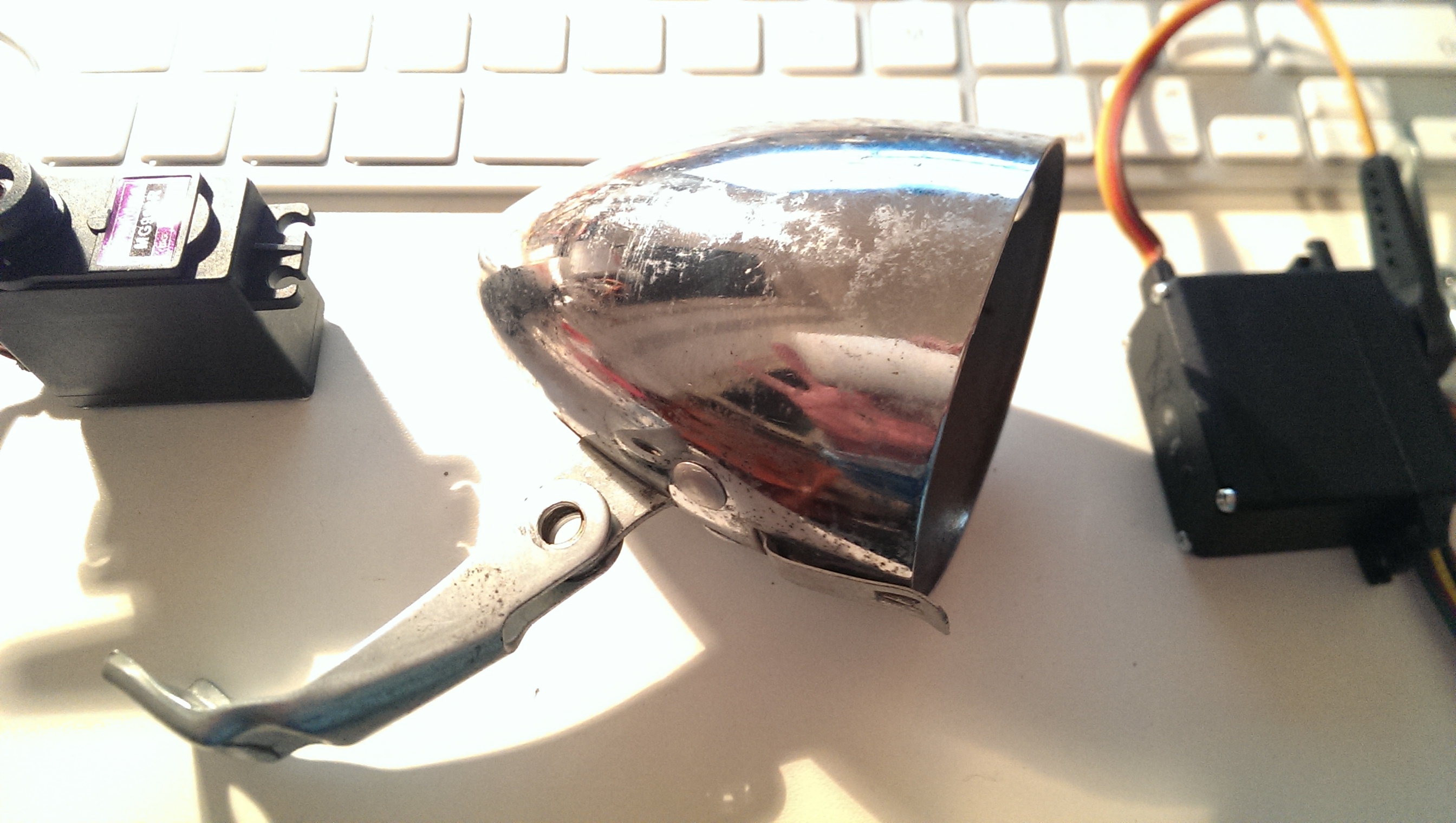 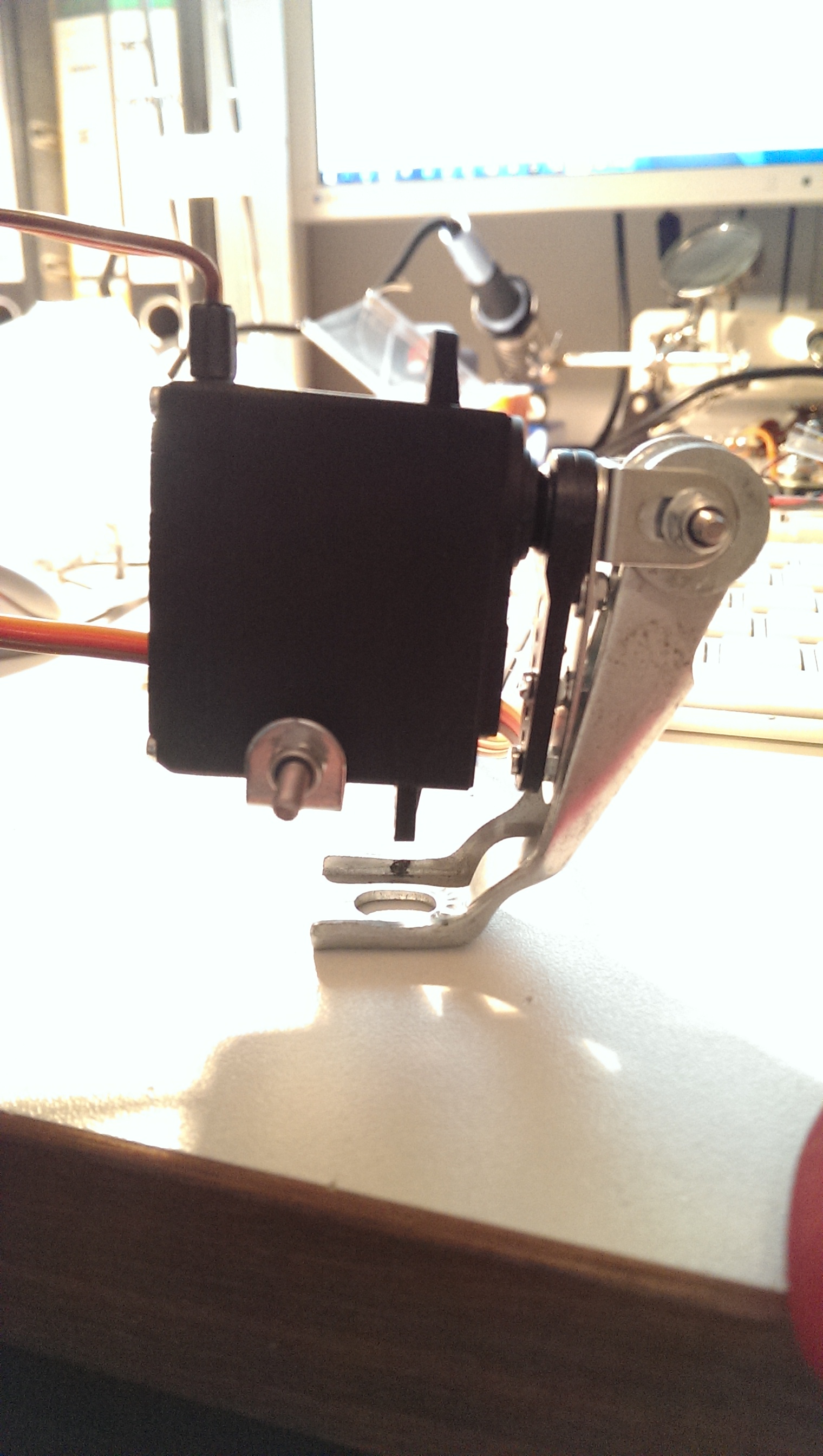 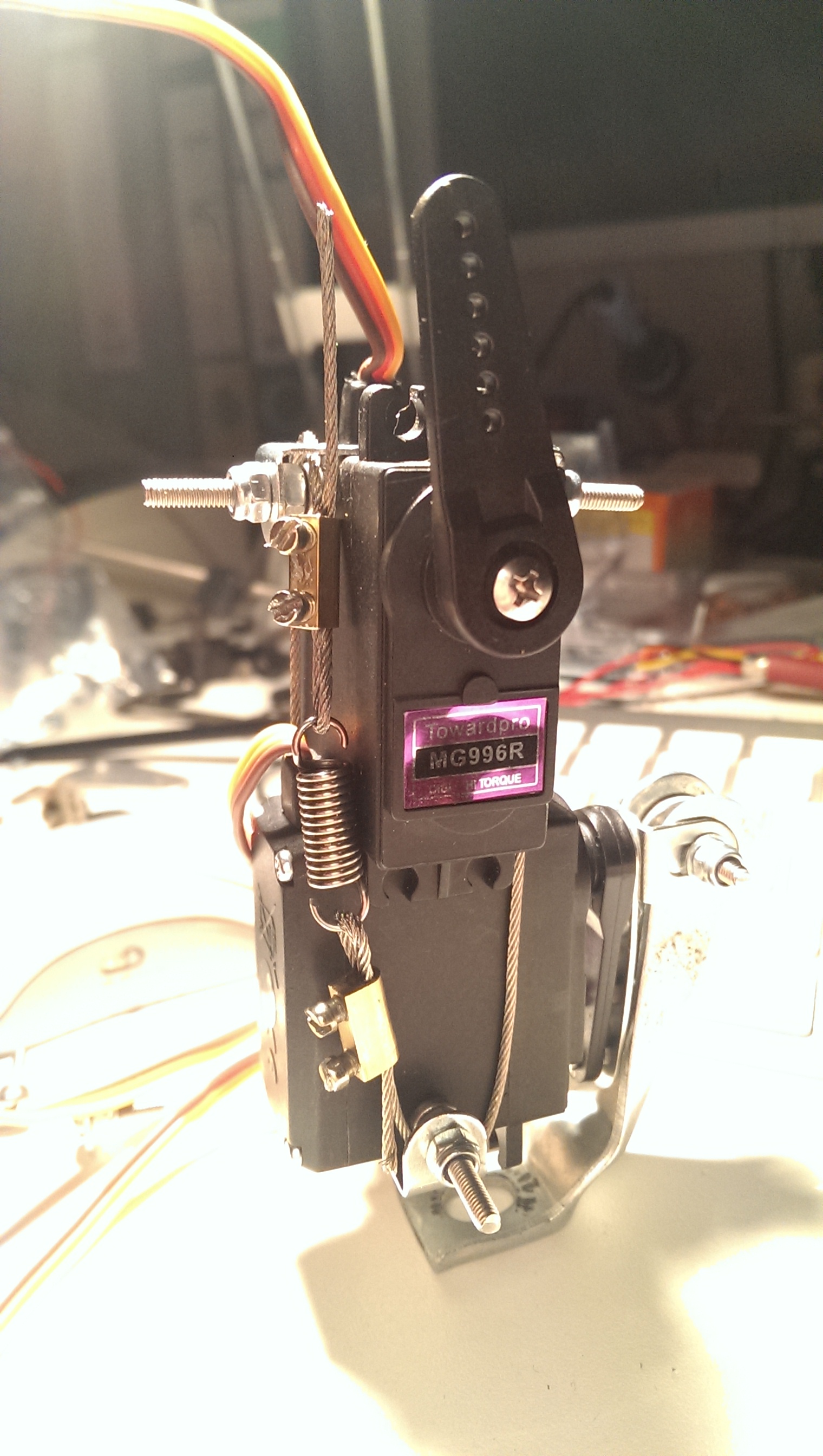 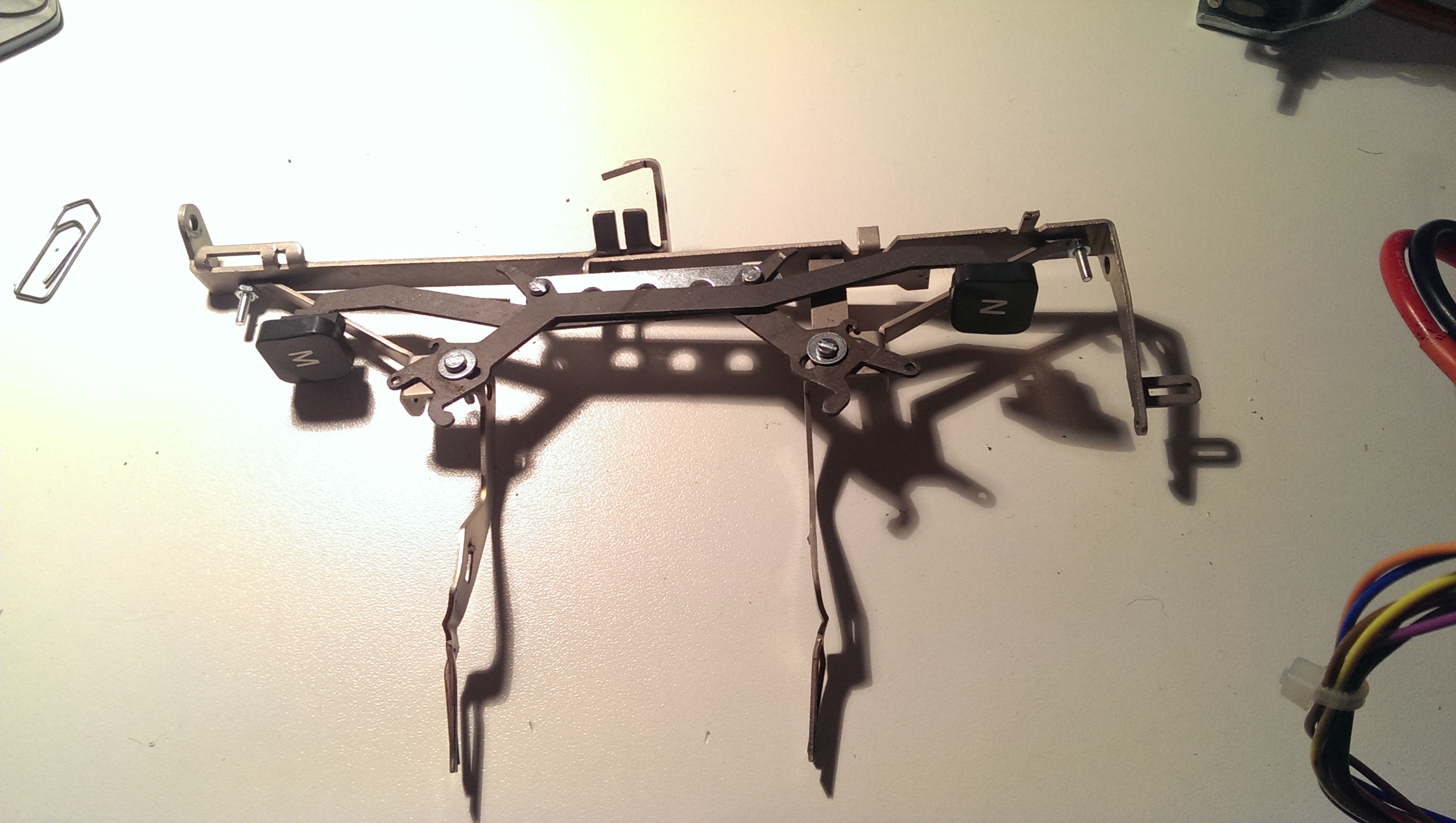 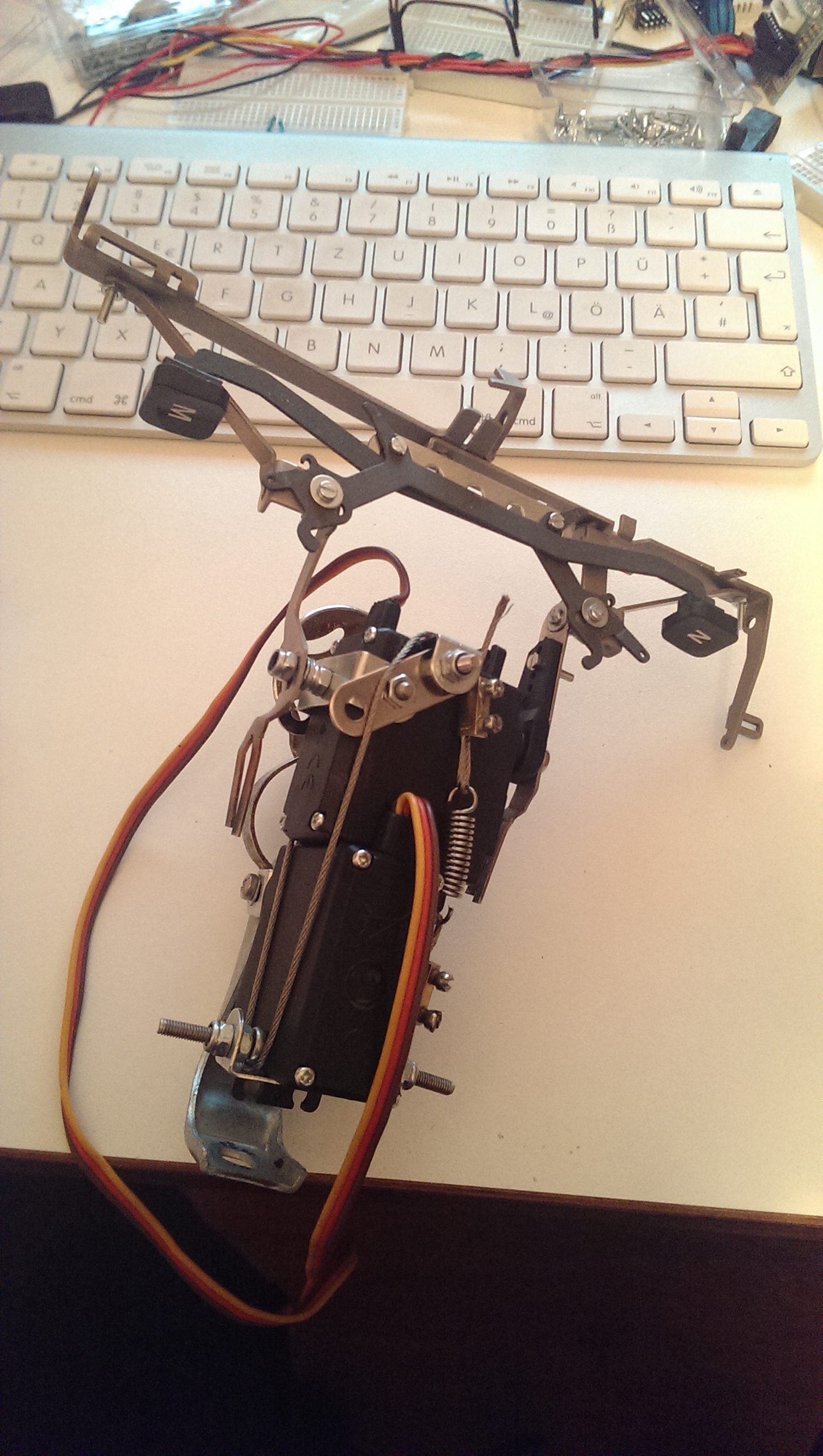 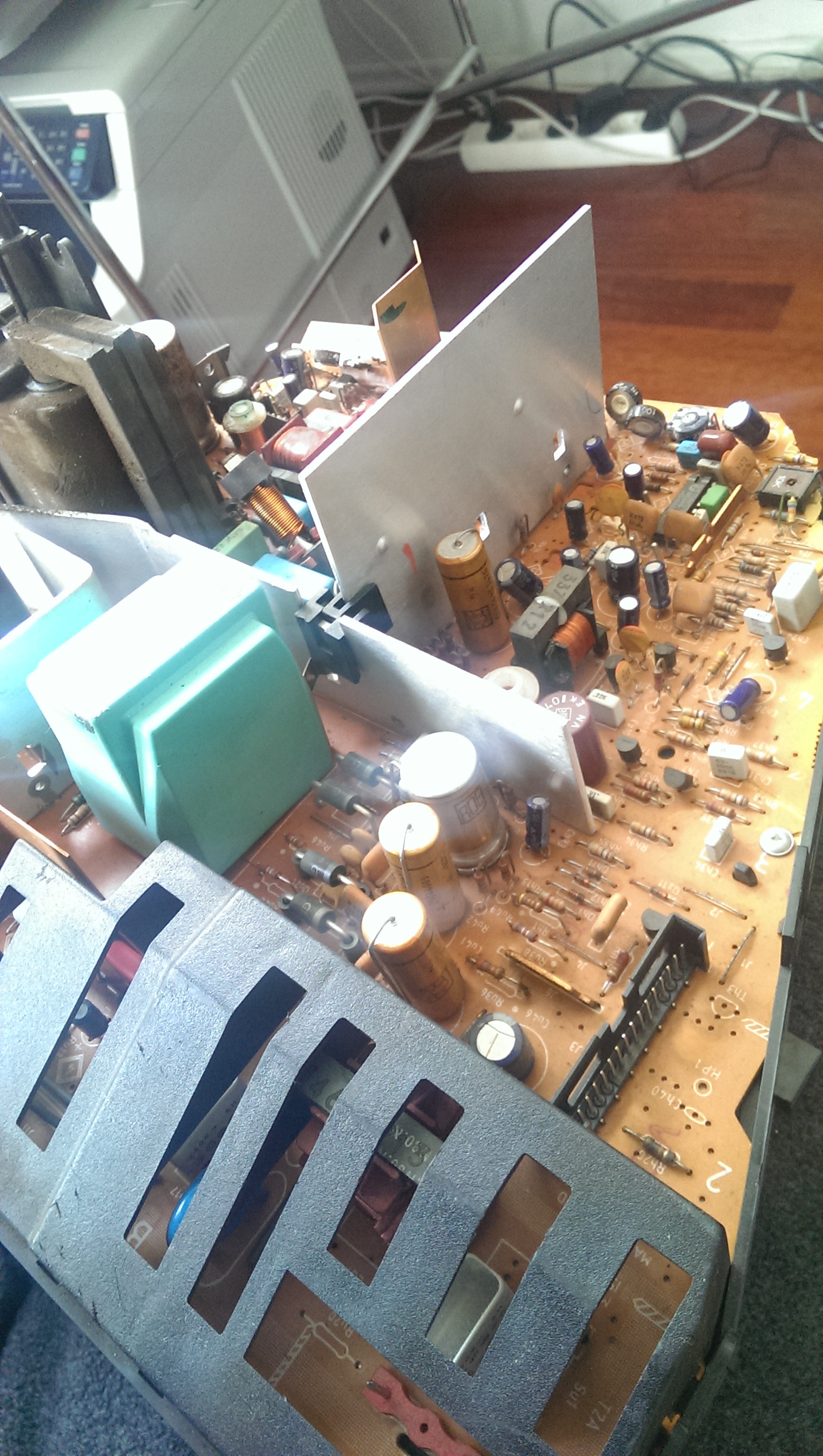 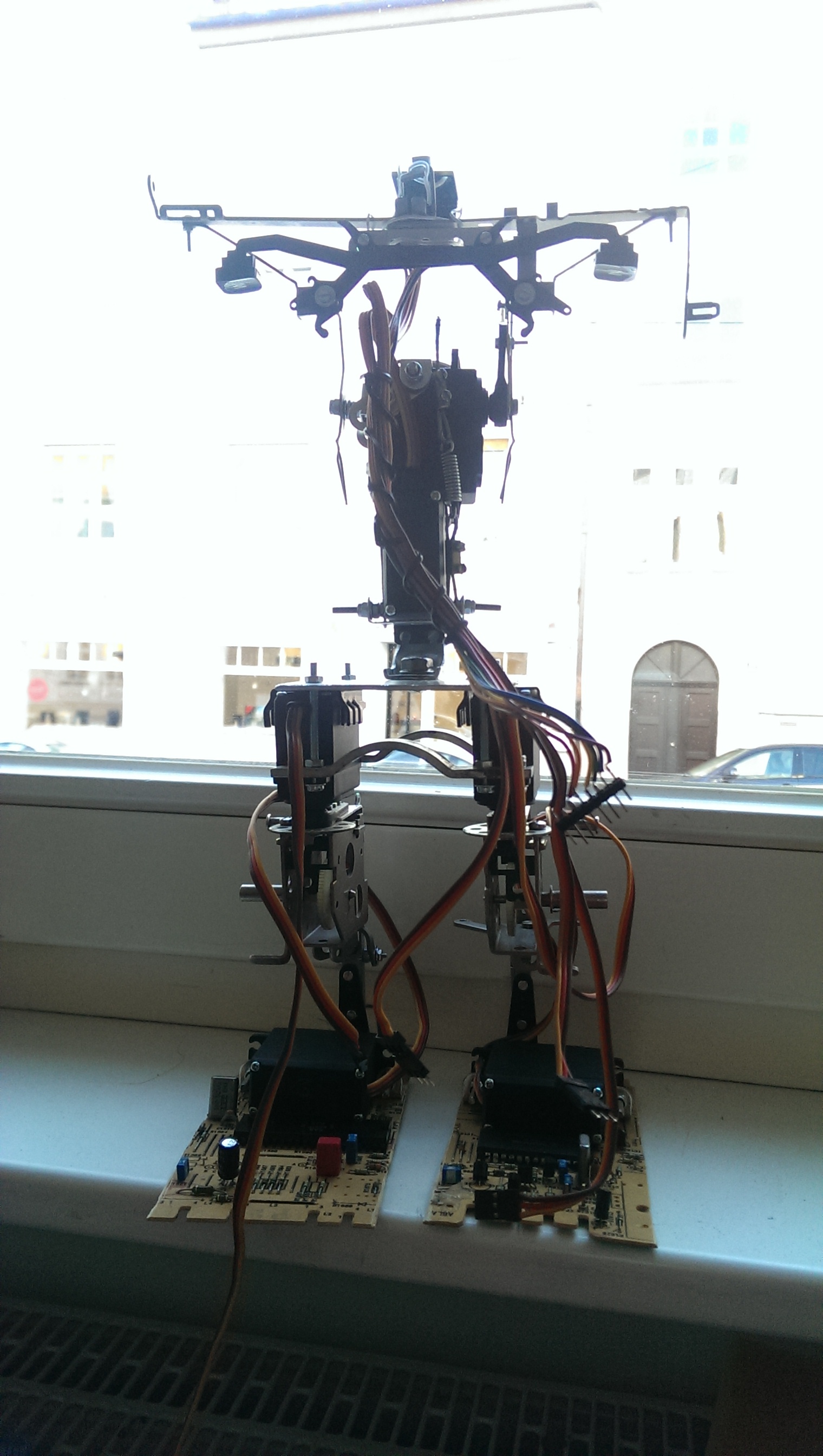 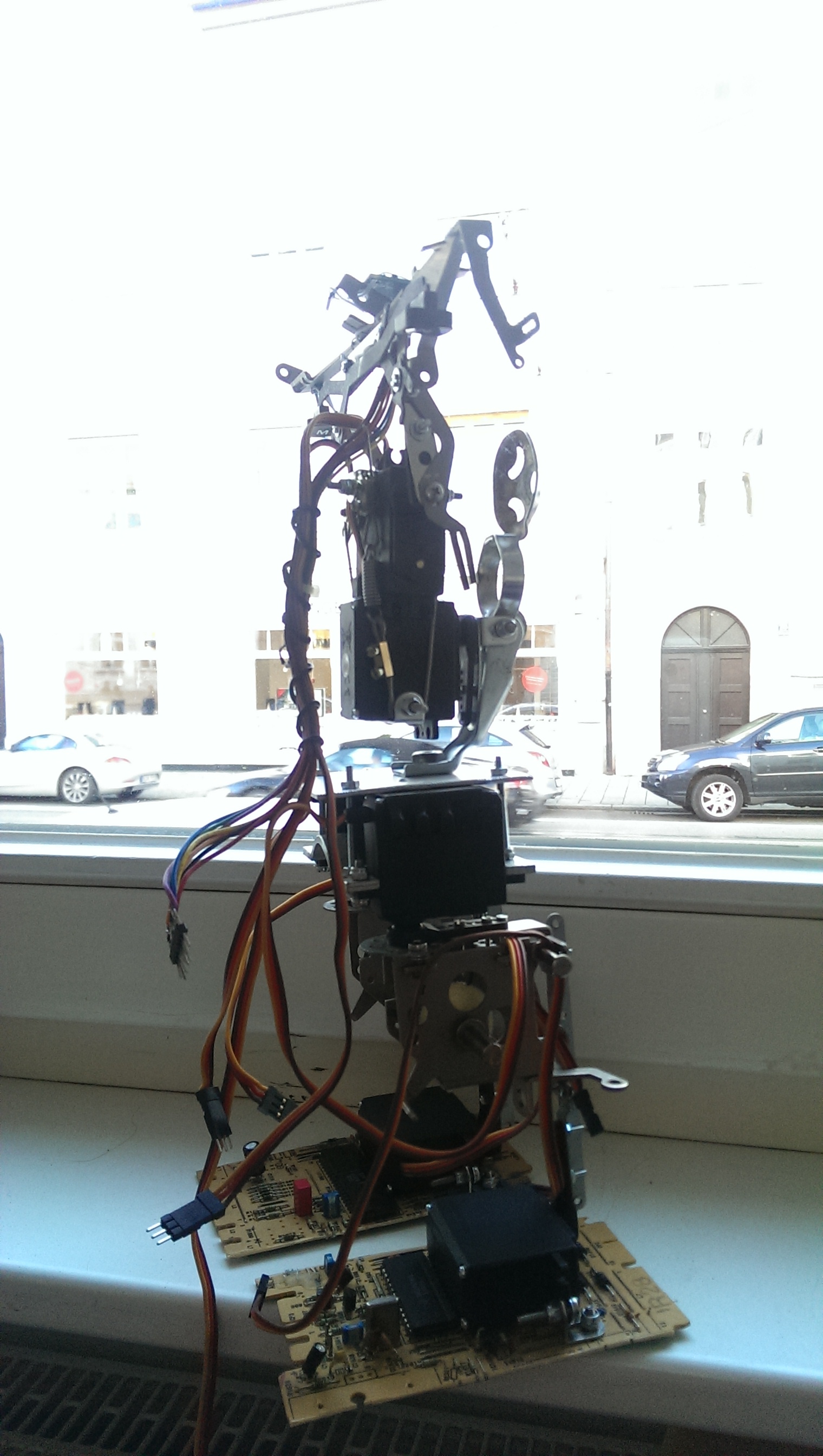 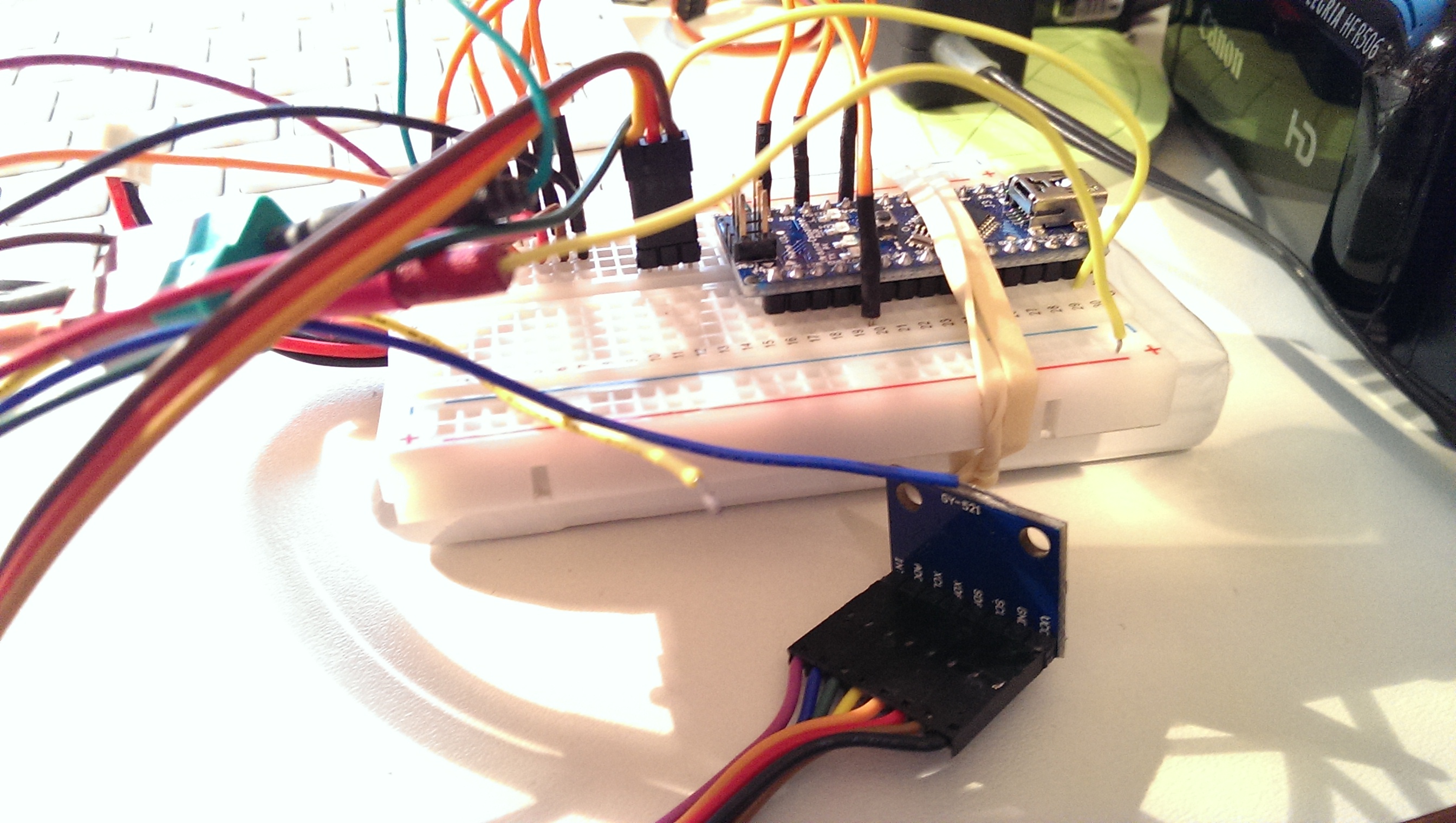 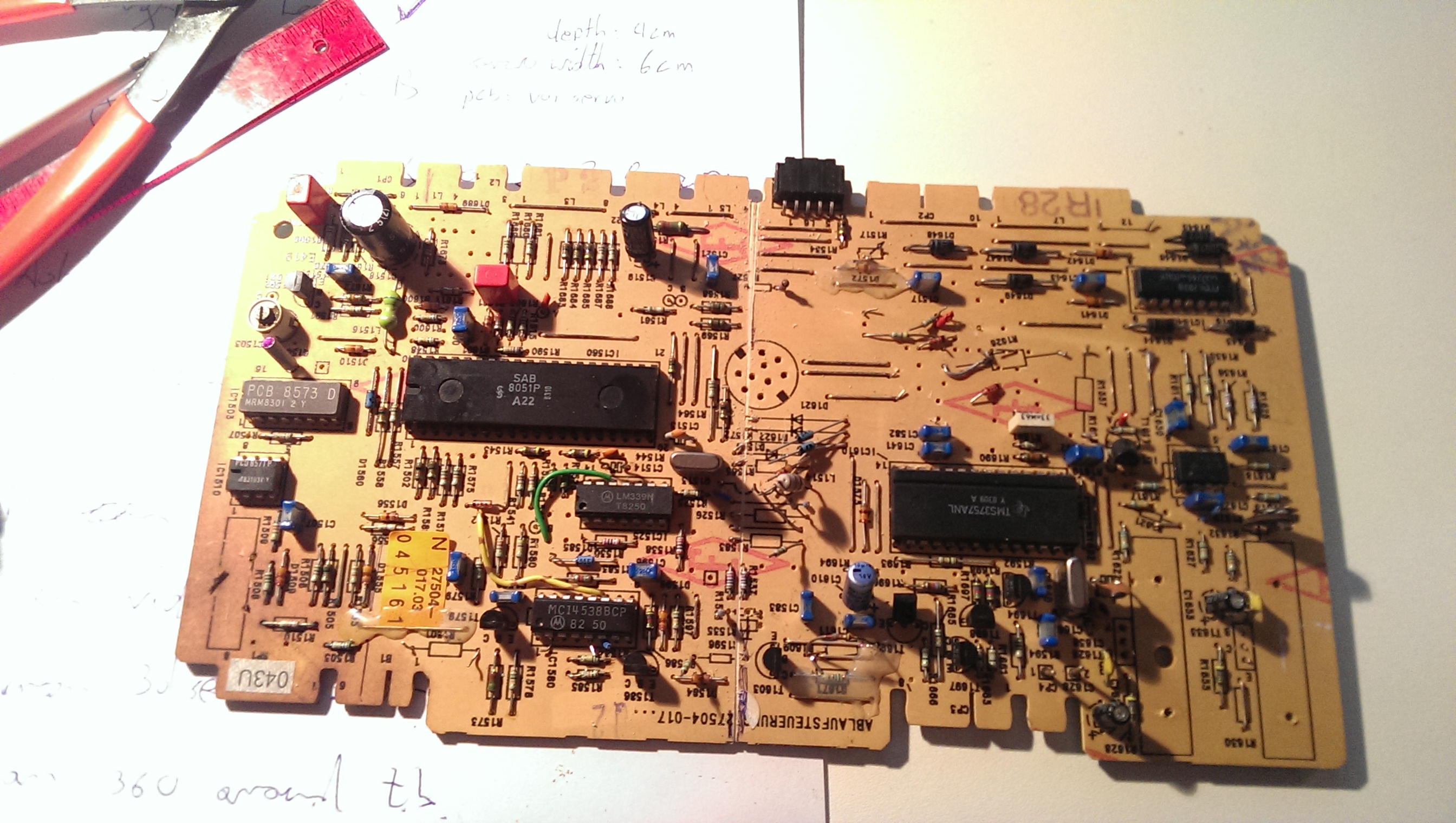 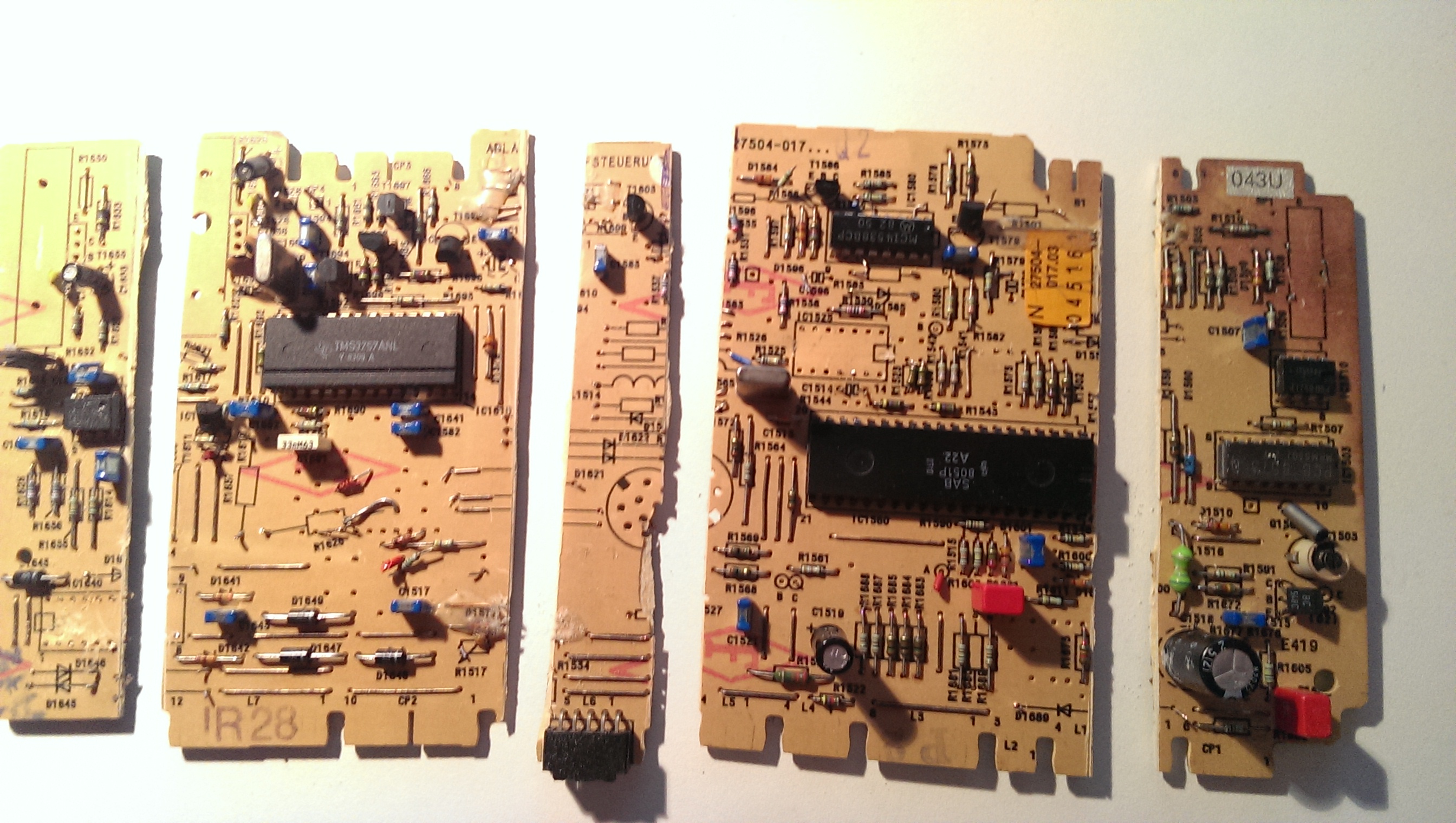 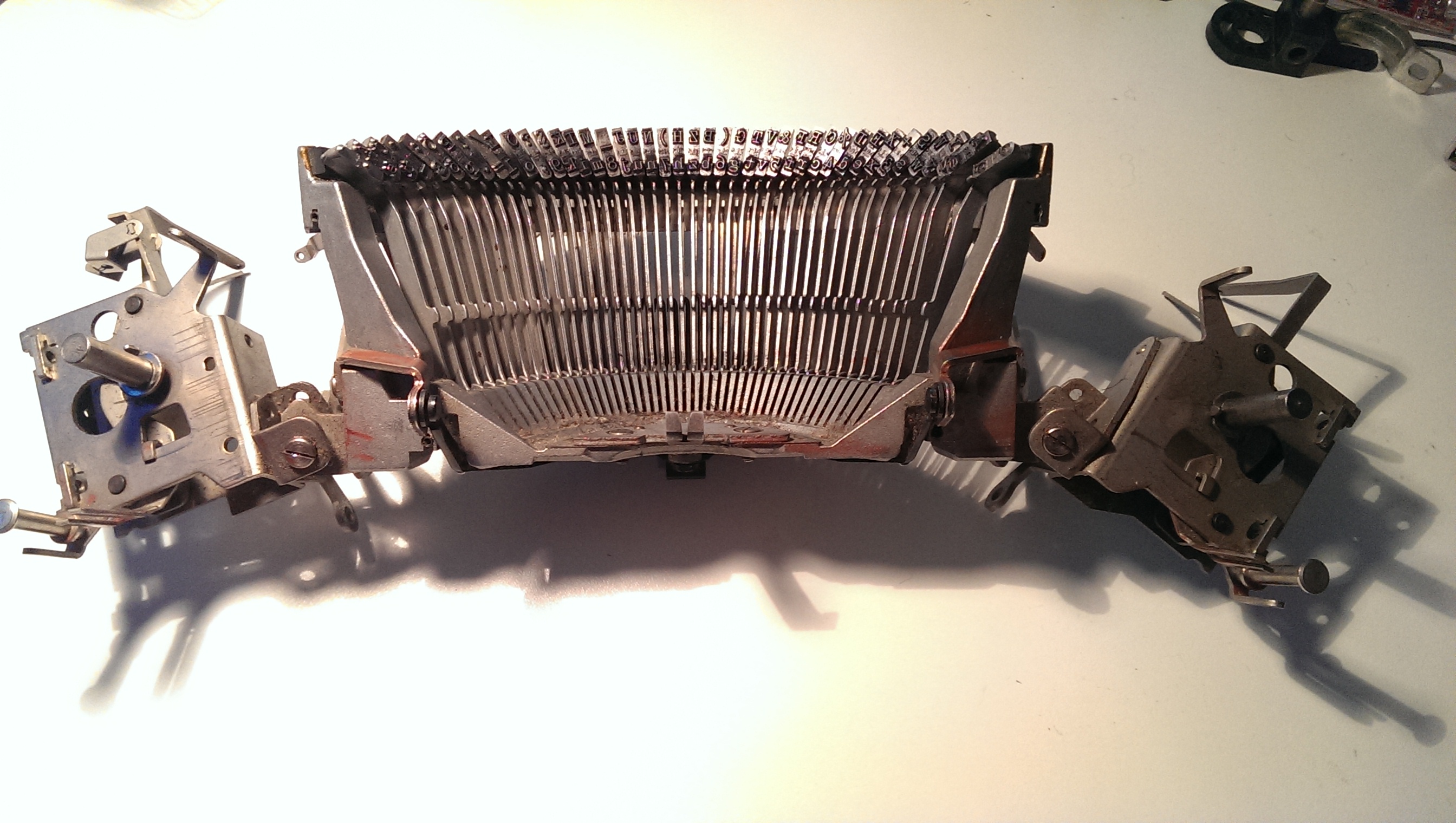 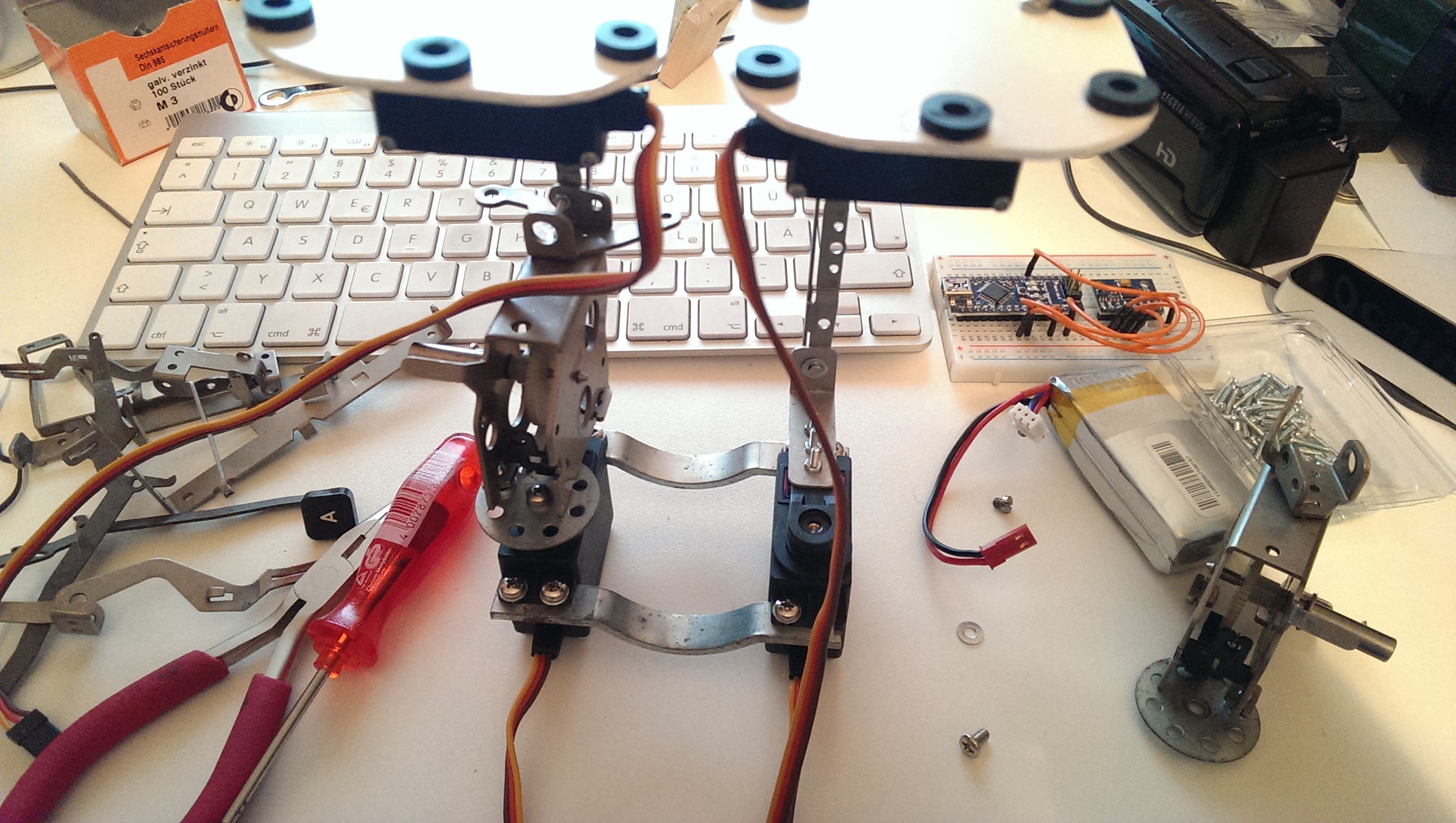 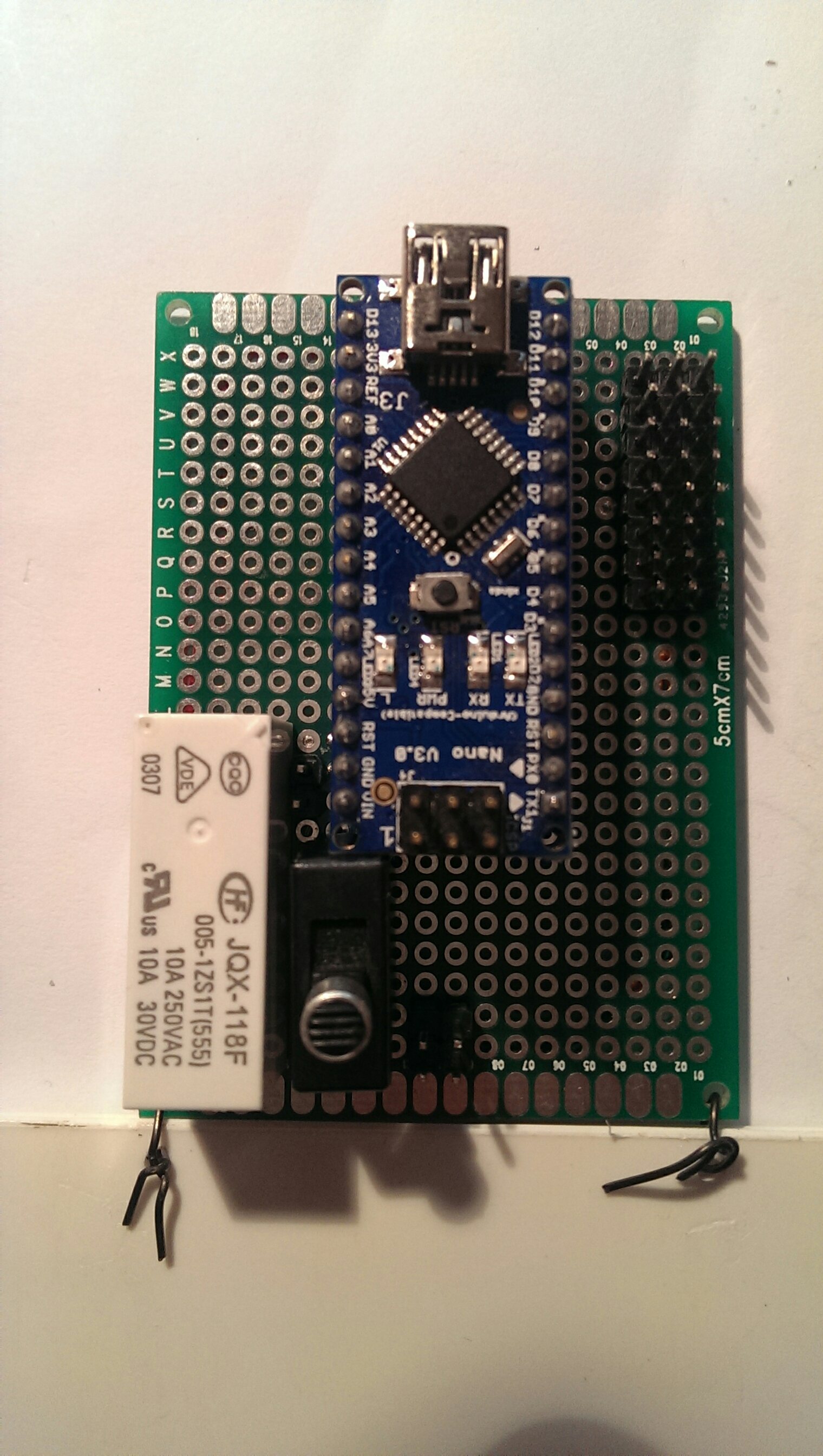 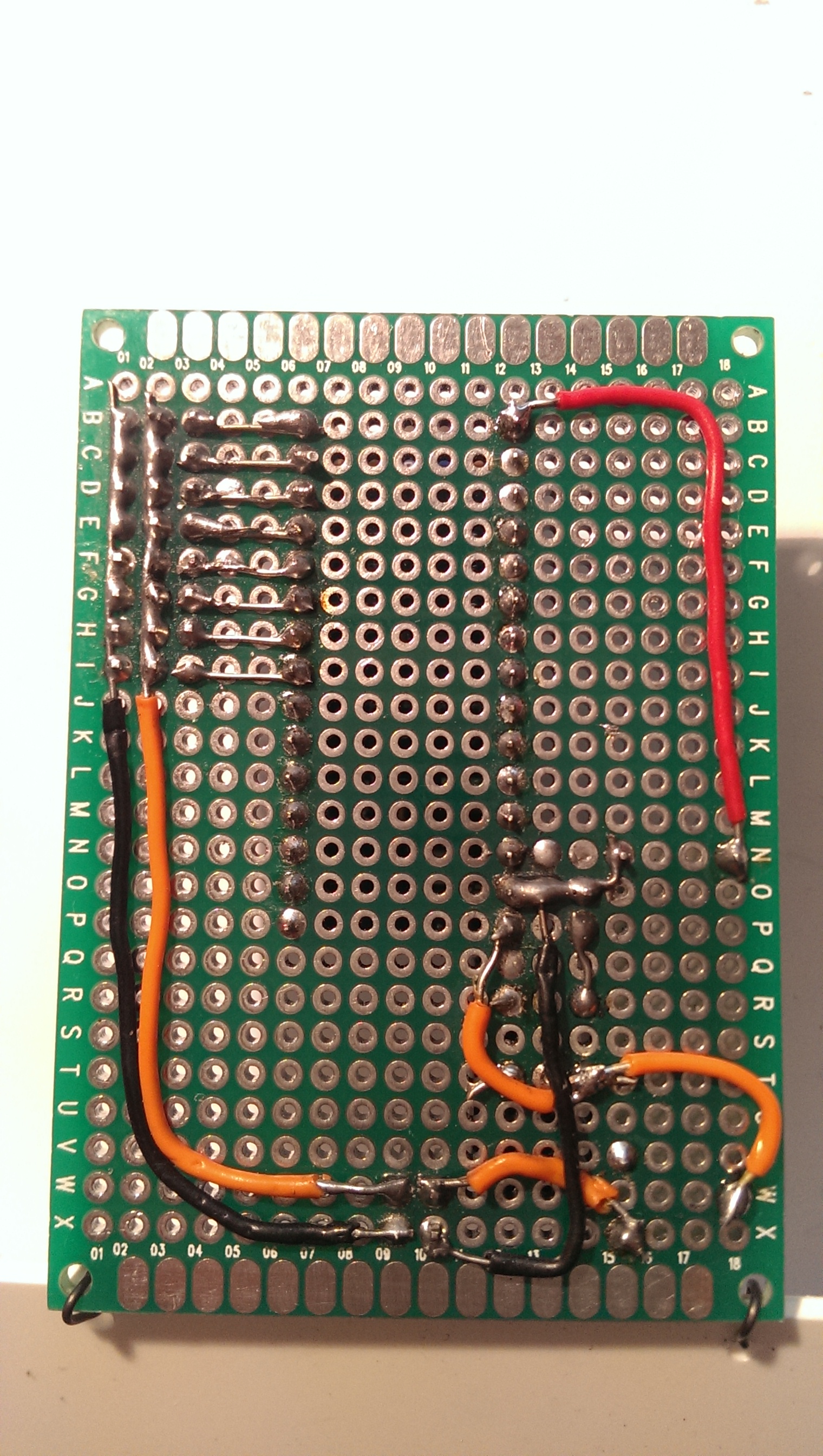 during the work on trashbot v1 and rofi, i noticed that robots get seizures when powered up (see the second video in this post for examples). this is obviously because the arduino’s outputs are not in a defined state for a brief time and the servos also get power already leading to outputs sometimes firing until the arduino has loaded its bootloader and executes the user’s code.

some discussions on the arduino forum and on google+ revealed that it might be helpful to add a relay.

here’s my first experiment, simply switching switching one led off and the other on. relays usually switch from one contact to another, meaning that even if the relay coil isn’t powered, there is a default state for both switches (one is on, one is off):

next i wanted to document how actually the servo moves into undefined positions when powered up, so that we see that this is a real problem to solve (yeah, i know that the 2s / 7.4v lipo may be too strong for the mg996r servo, will add a ubec soon):

okay, so finally, we add the two together and use one arduino output to control the relay coil, the relay coil then will switch the power to the servos. i will to this for the whole power rail feeding all the servos of the robot so that i only need one relay and one digital out of the arduino nano. let’s see how it works:

i will add the relay now to trashbot v2’s circuit and see whether there will be any more problems afterwards. i’m not sure whether i need something more (apart from the missing ubec to reduce the voltage for the servos) like diodes (coil loosing power gives it back to the arduino? or not strong enough?) or pull up/down resistors (have to teach myself what that’s all about next). but for now, i’m happy to see it working.

after building the first of trashbot that contained mostly parts that i had floating around, i learned that i want to build more robots entirely made from residuals of other machines.

i found some more parts in my cellar, but actually i realised that one beautiful assembly is a mechanical typewriter from the sixties: the olivetti lettera 32 that i truely adore because of its compact design, the missing floor plate and of course its color.

i actually own three of these, so i thought that sacrificing one of them to live on in various robots is actually a nod to them by bringing them back to life. albeit, a different life.

here you see the german model (i have one spanish and one french model, too), the color is not original anymore as the typewriter seems to have lived a life in the sun… 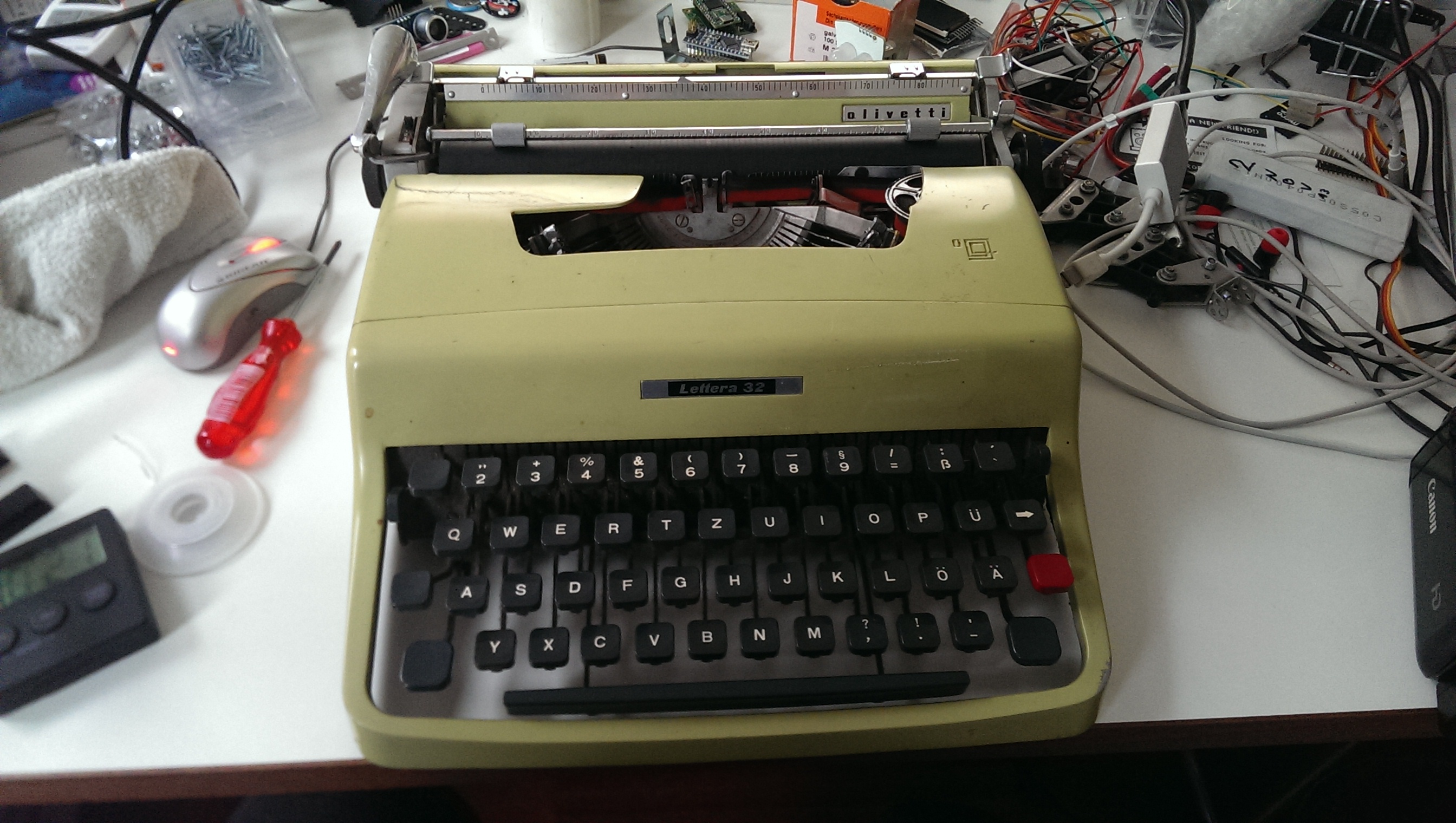 getting the frame off was not easy as there were some hidden screws: 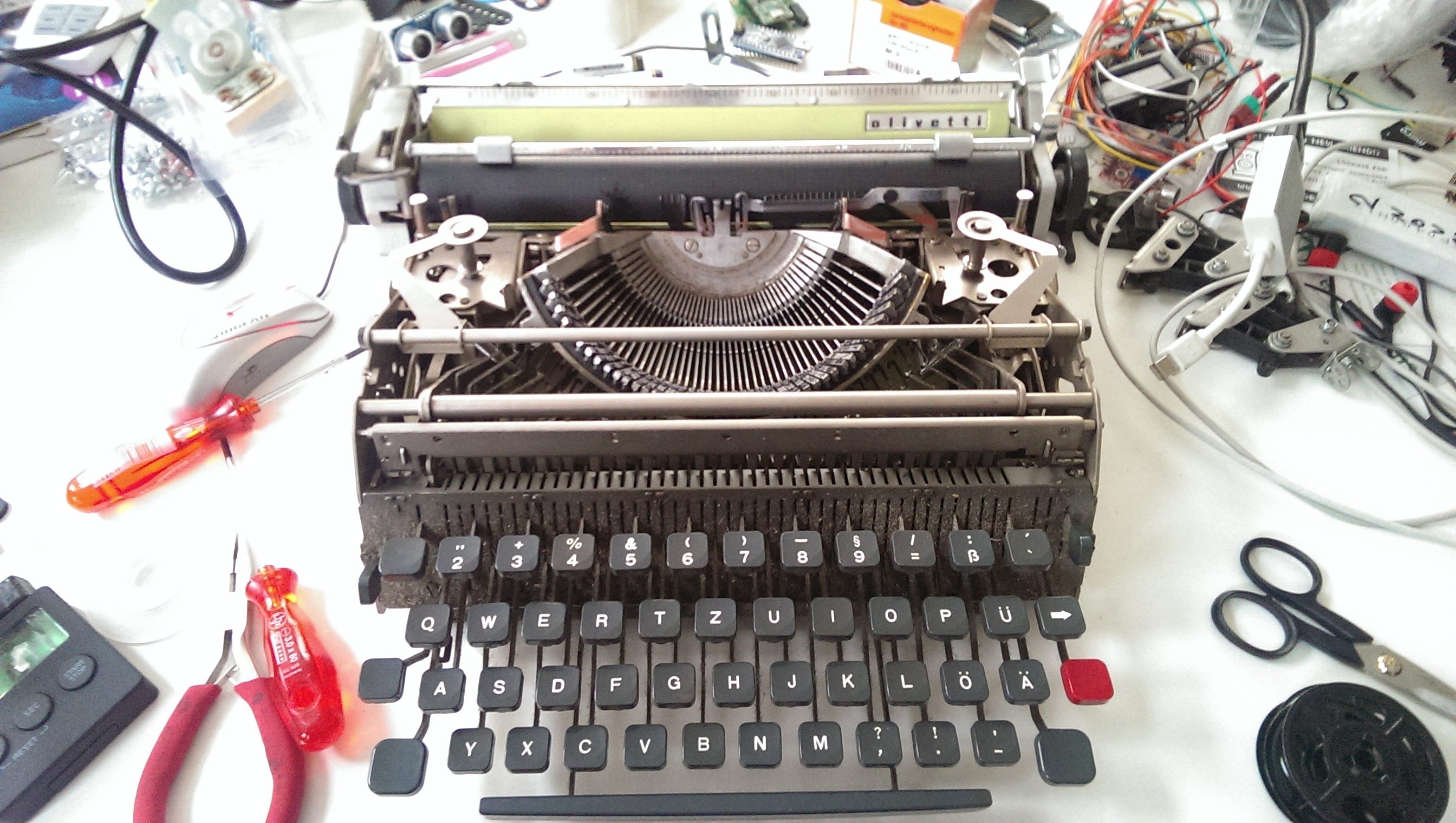 in the front / lower picture you see some of the springs the bring the key back up when pressed: 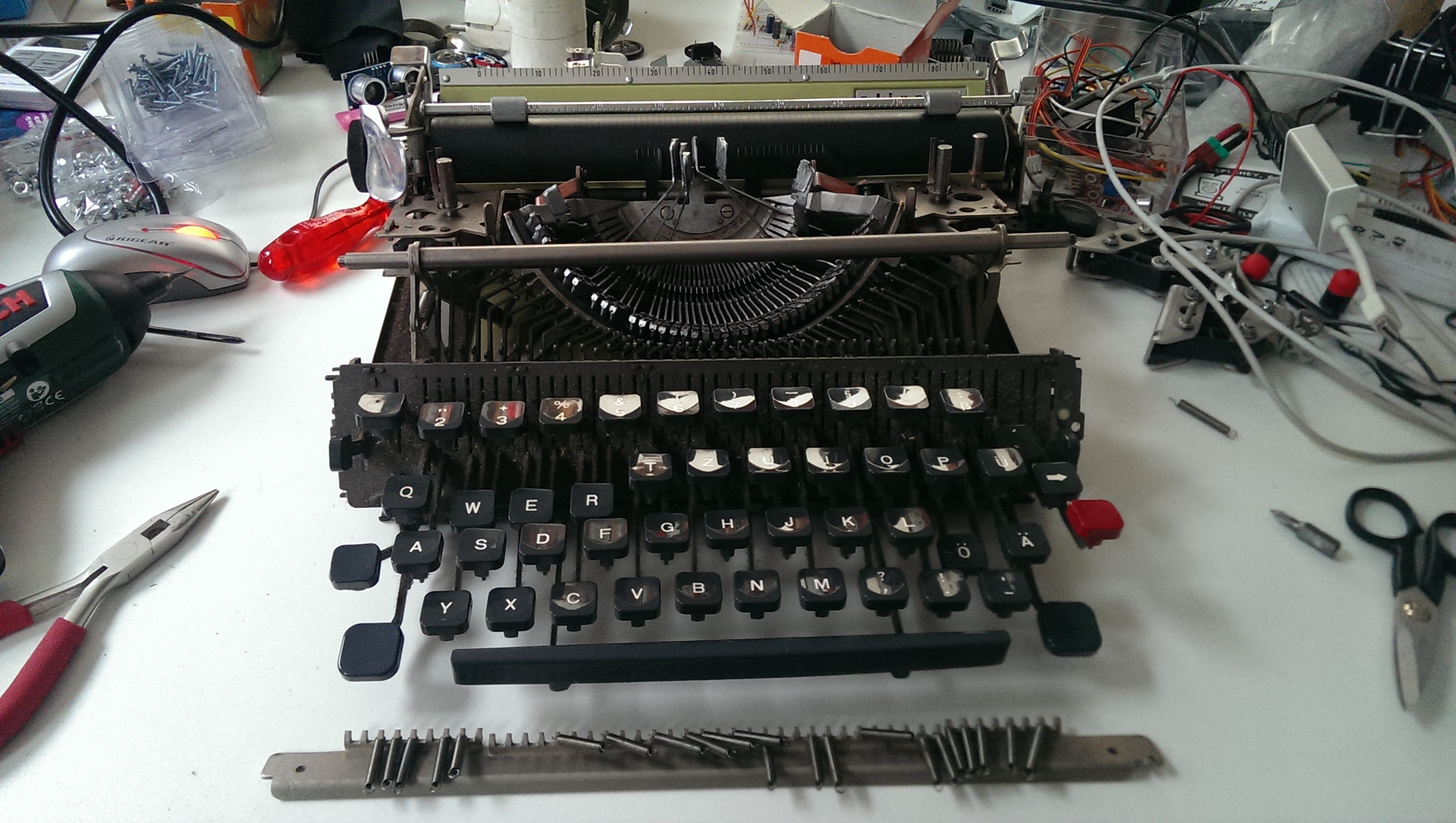 and the screws showed some resistance… 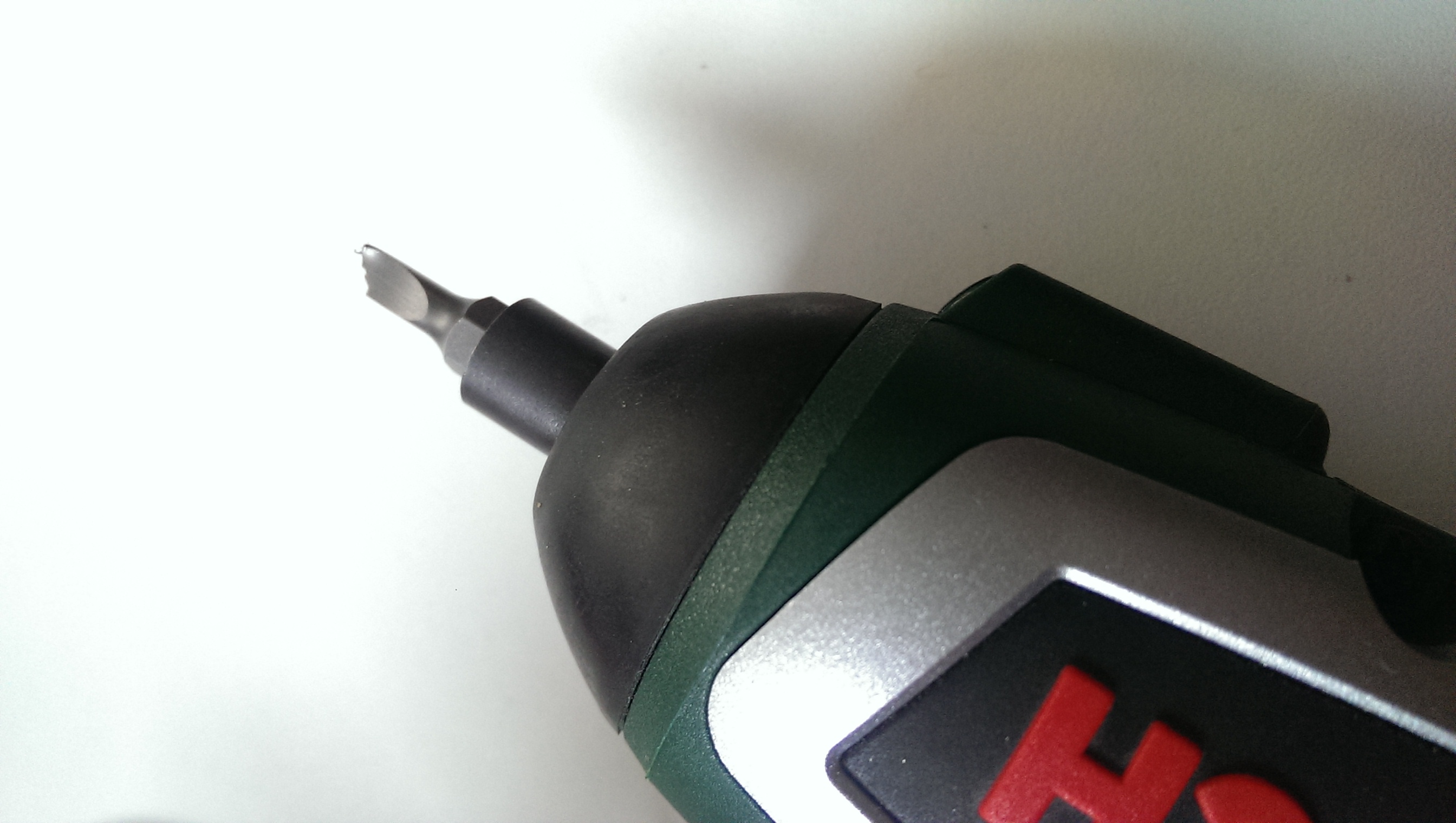 getting to the “core assets”: the letters and the keys: 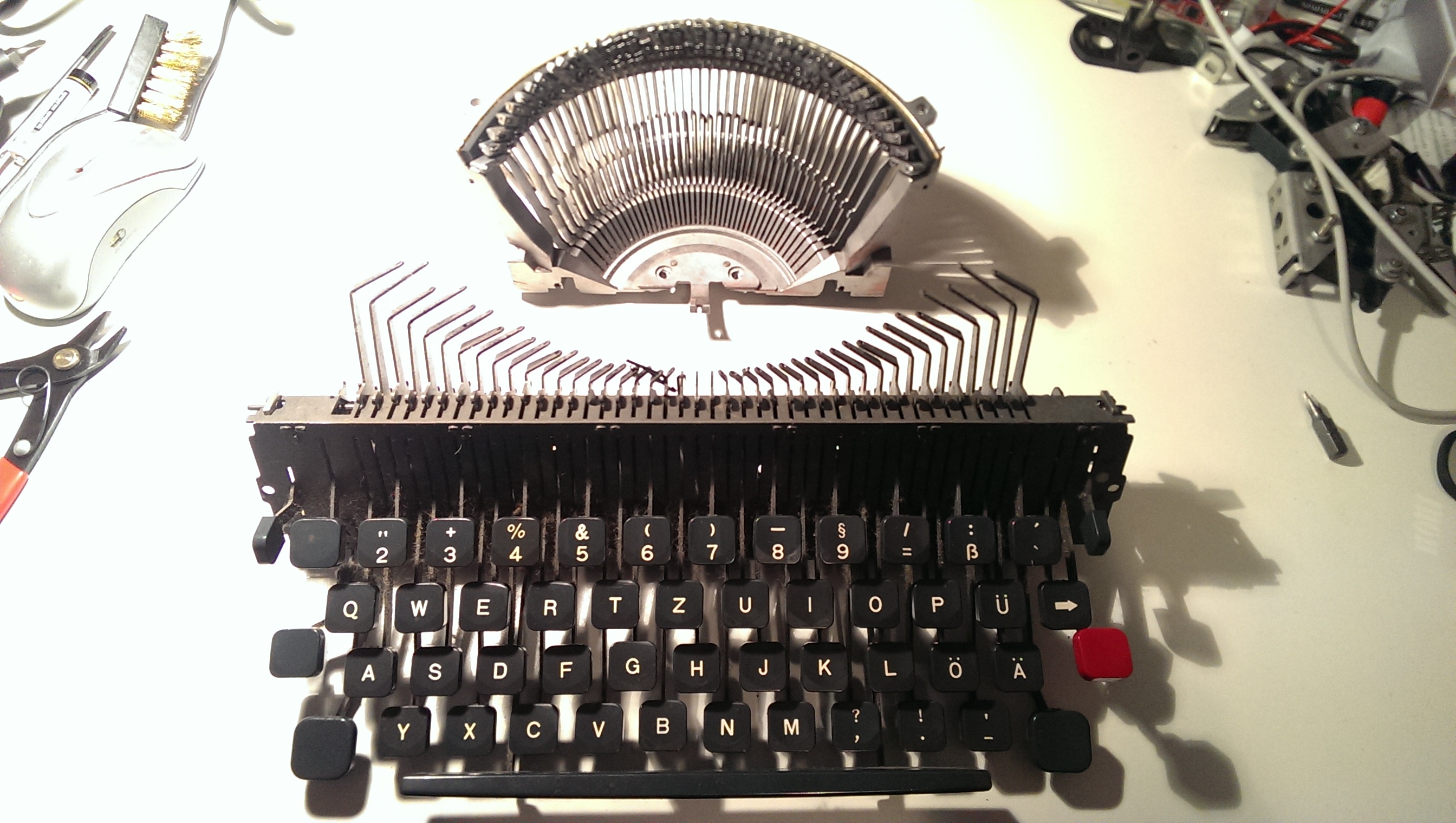 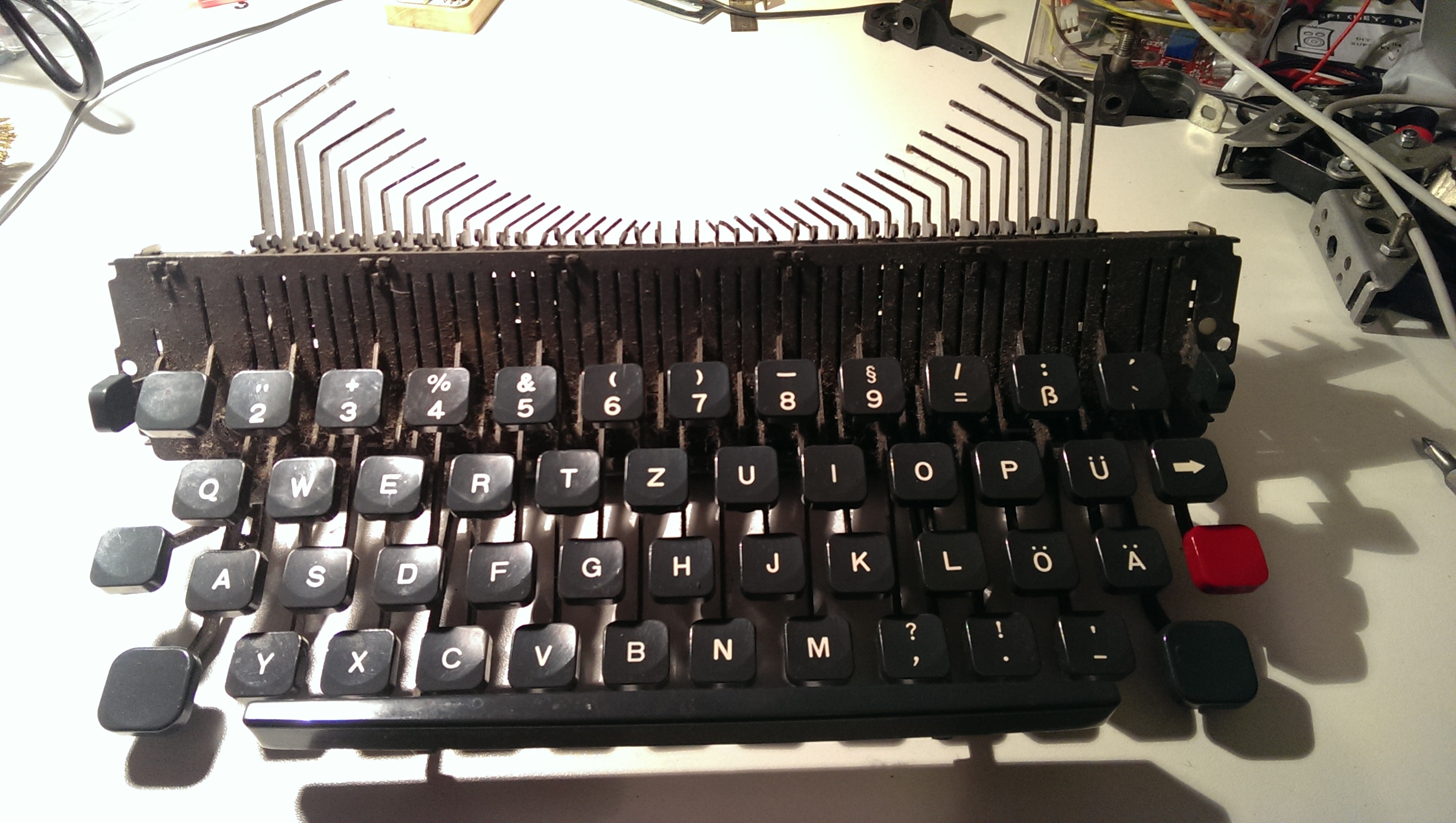 actually hard to dig deeper into it without bending the metalhousing for the keys’ fingers: 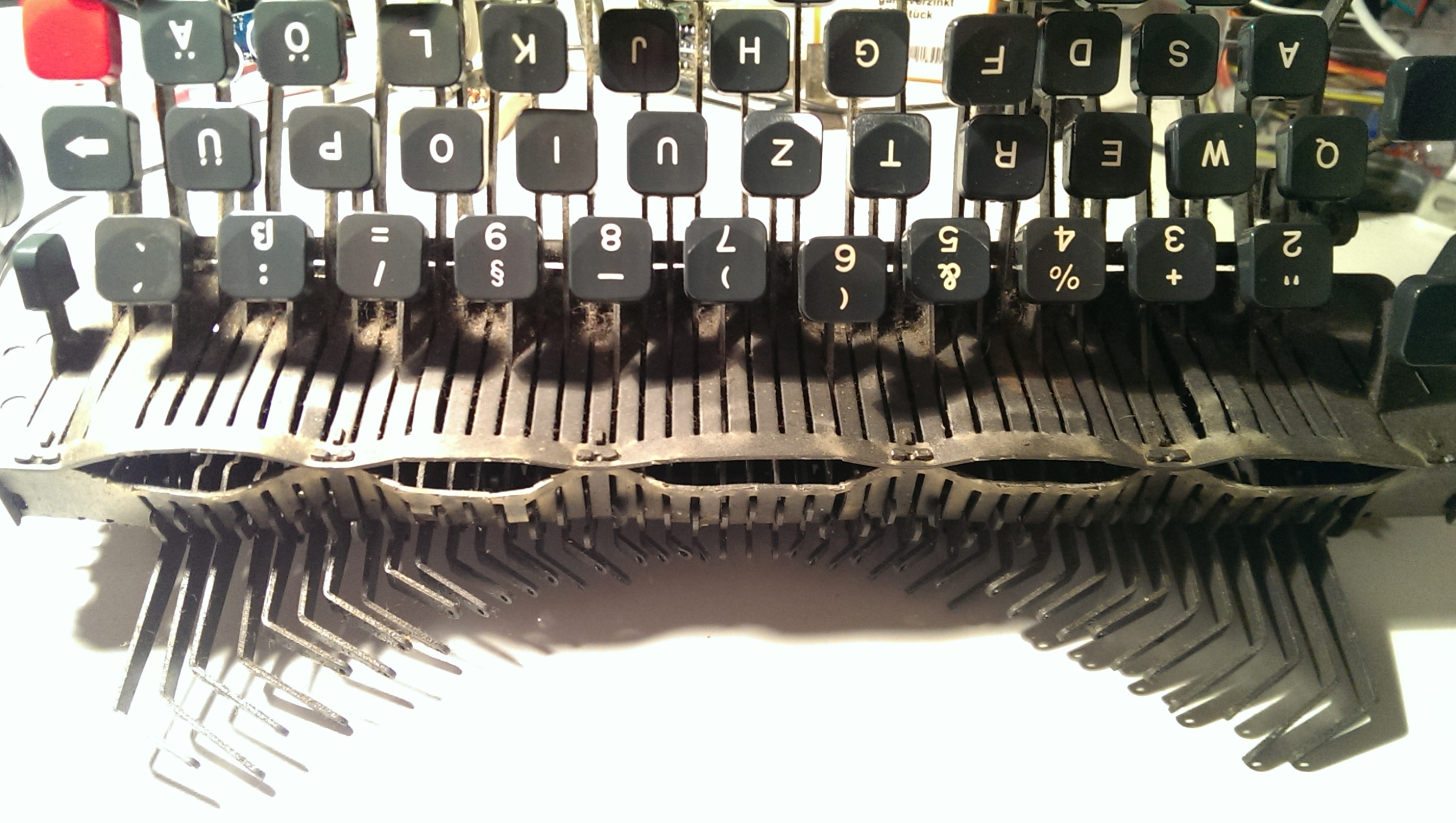 but in the end i made it: 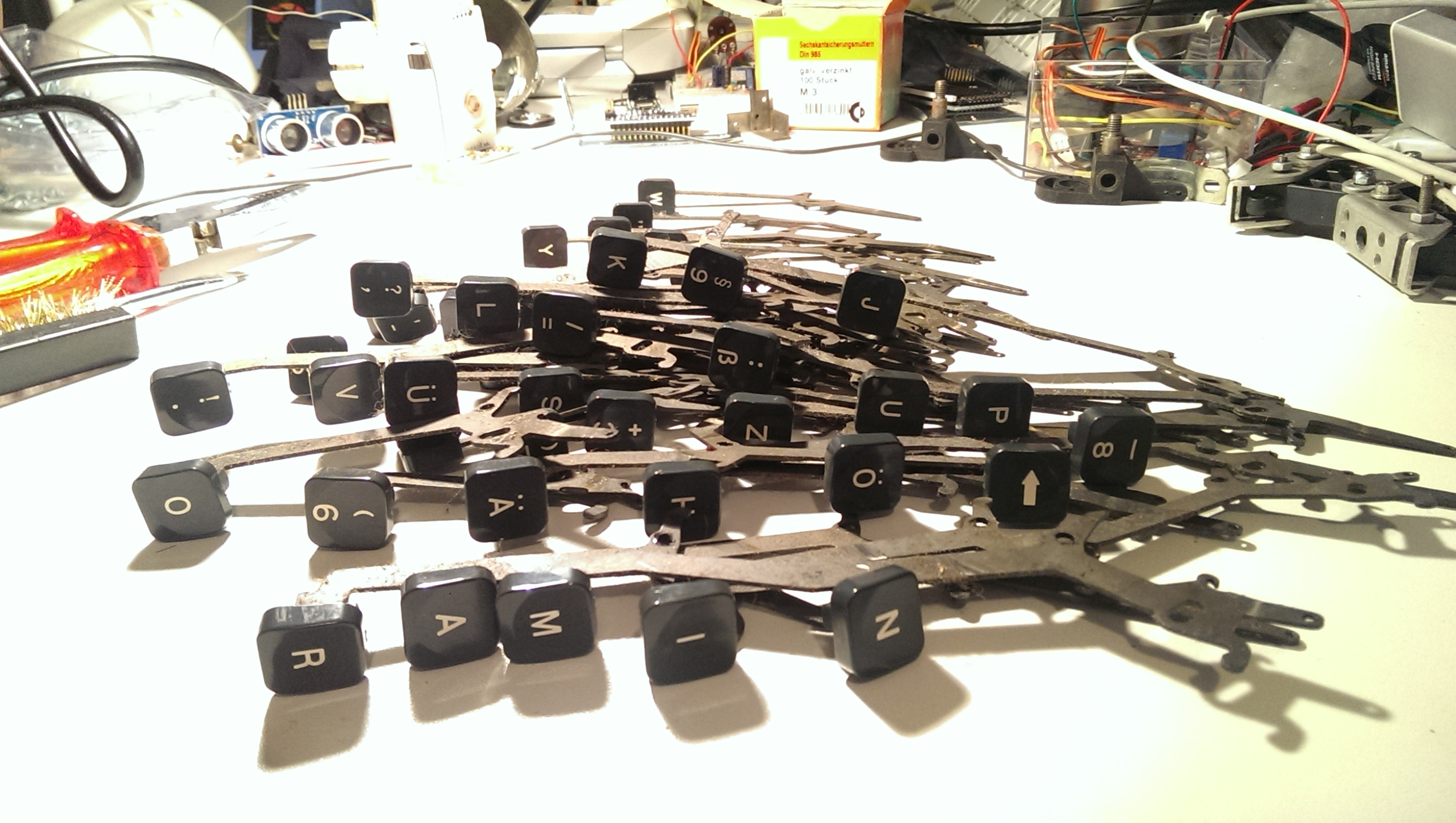 one of my learnings was that the keys have different lengths of their arms connecting to the lettersas you have to translate the square formation of the keys to the half-circle of the letters so that they can hammer the tape at the same position: 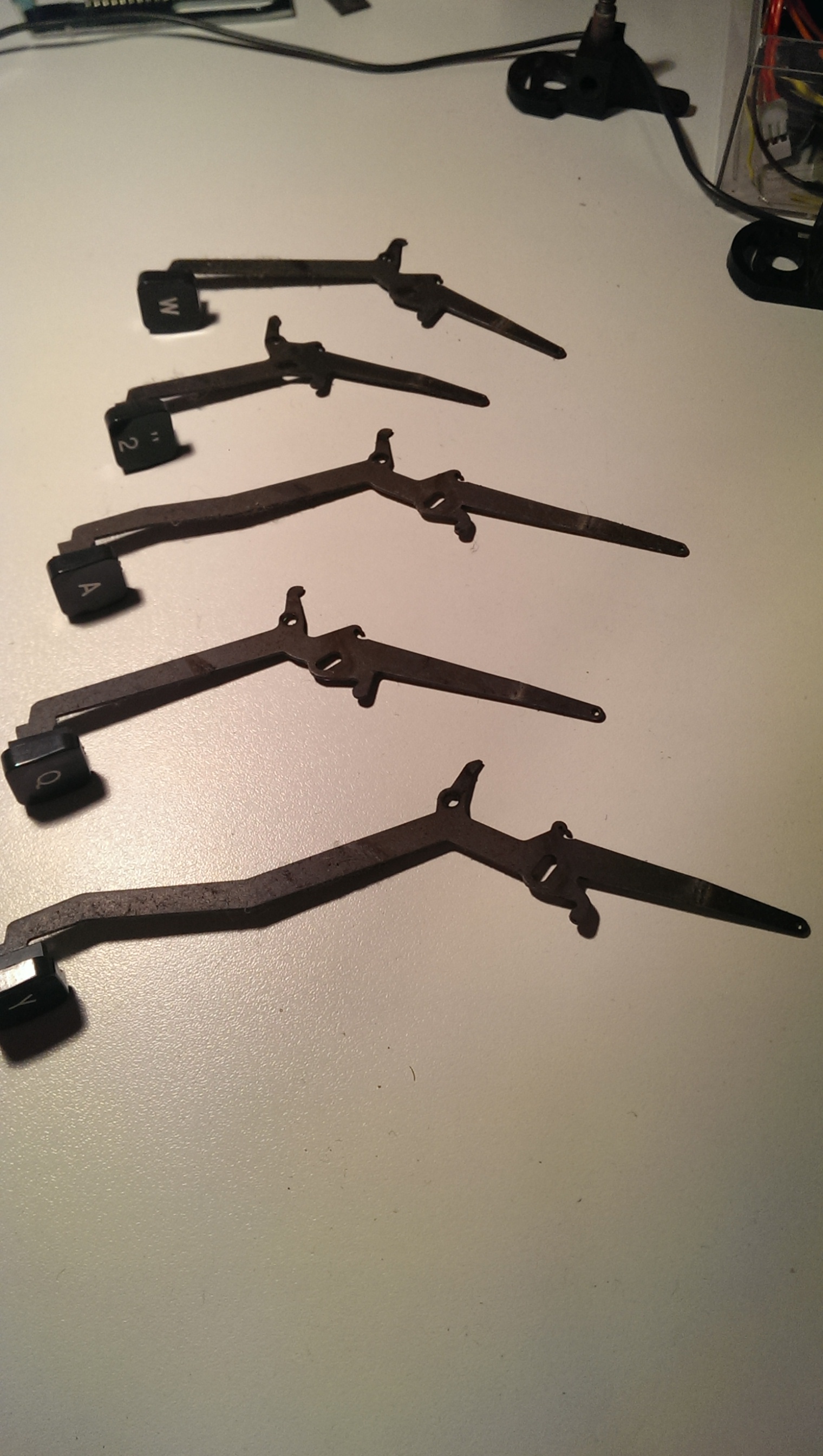 here’s the letters with the complex “SHIFT” mechanics on the left and right. bastards really to me a while to rip them off. 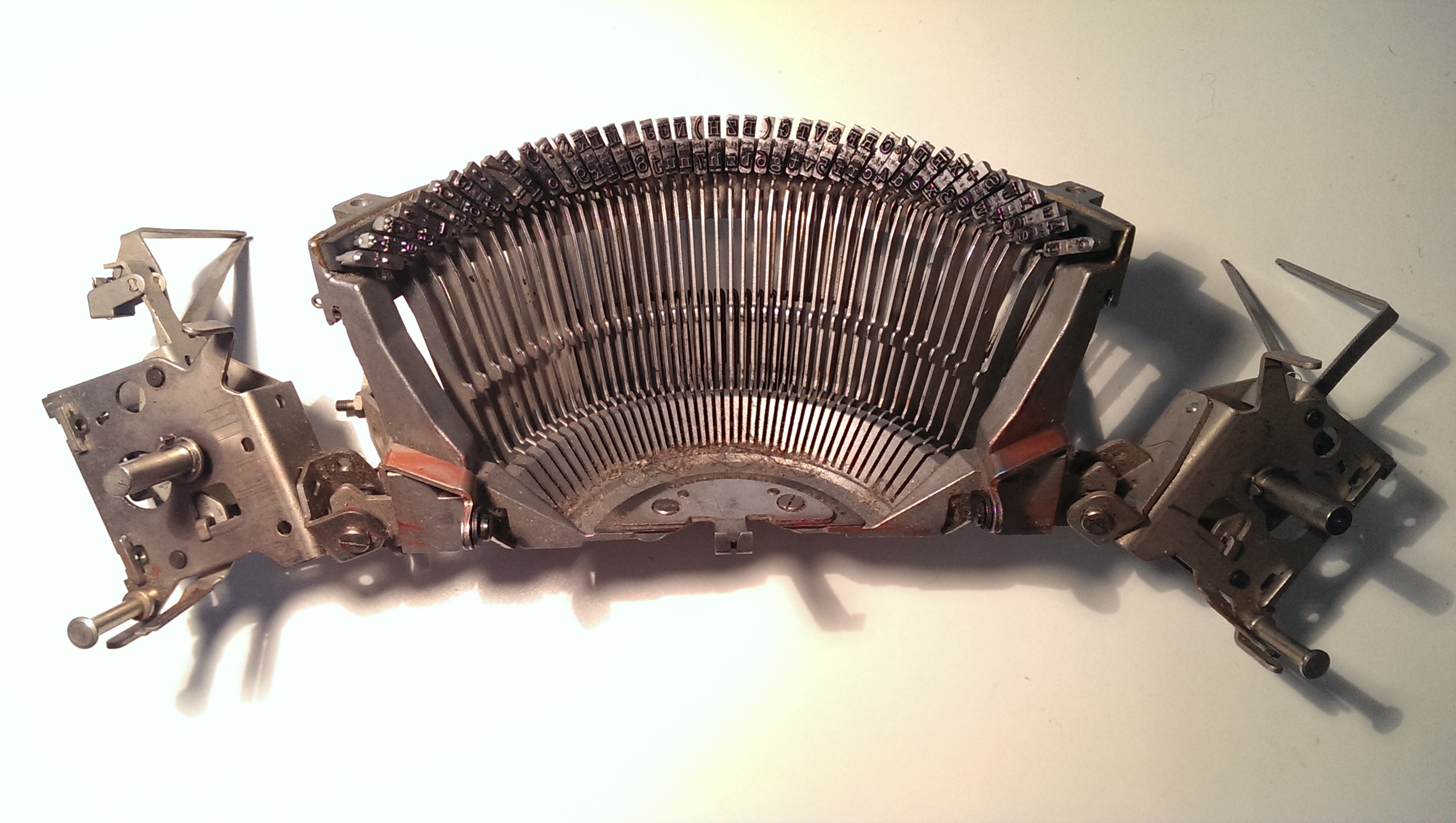 here they are, looking like creepy little bugs. turns out that they are the first parts to go into trashbot v2: 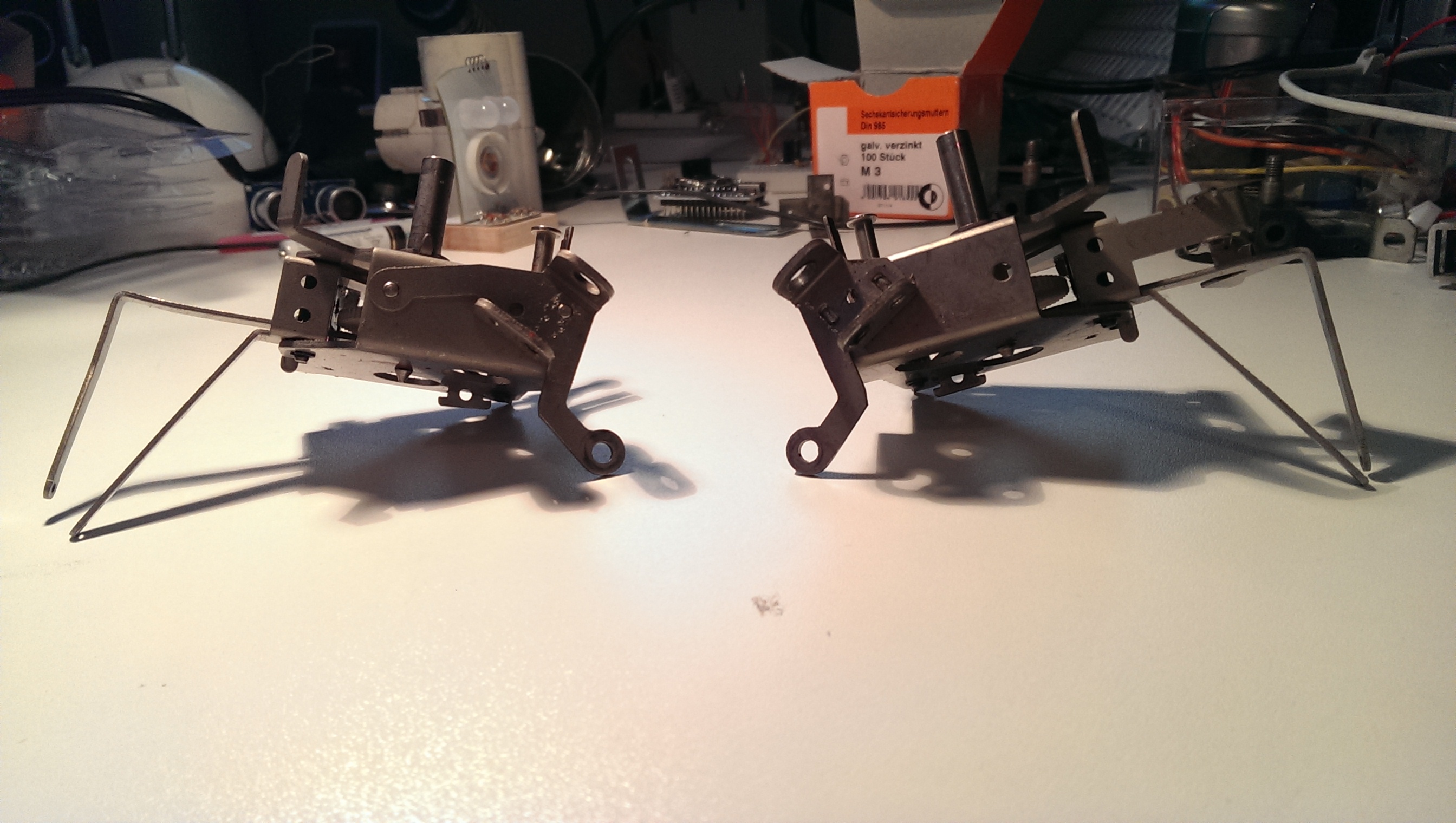 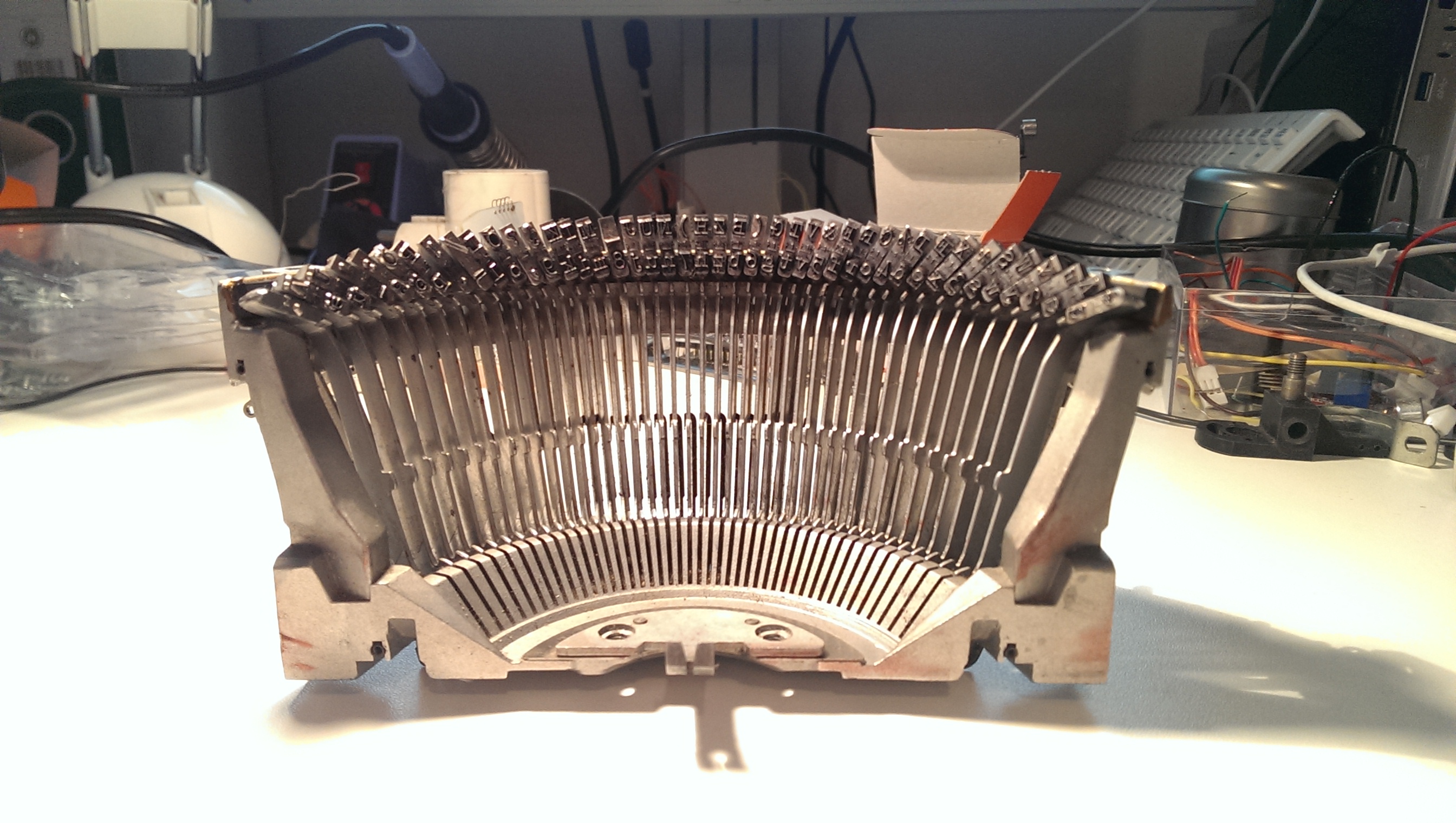 here’s the paper transport and roll disassemble, in the middle you see the curled spring for transporting back automatically when hitting “return”. in the back / top left you see the the bell for the “ding”: 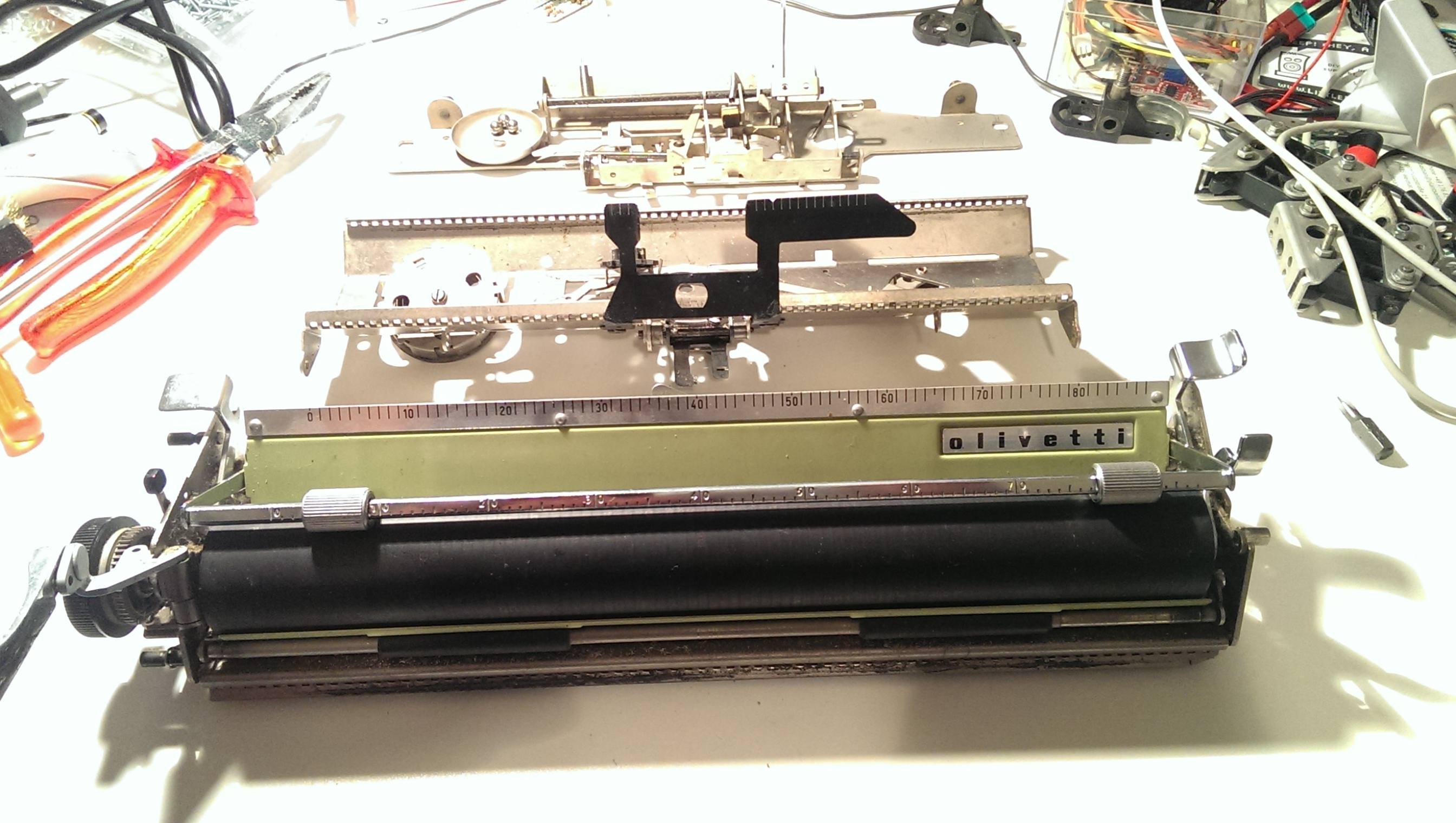 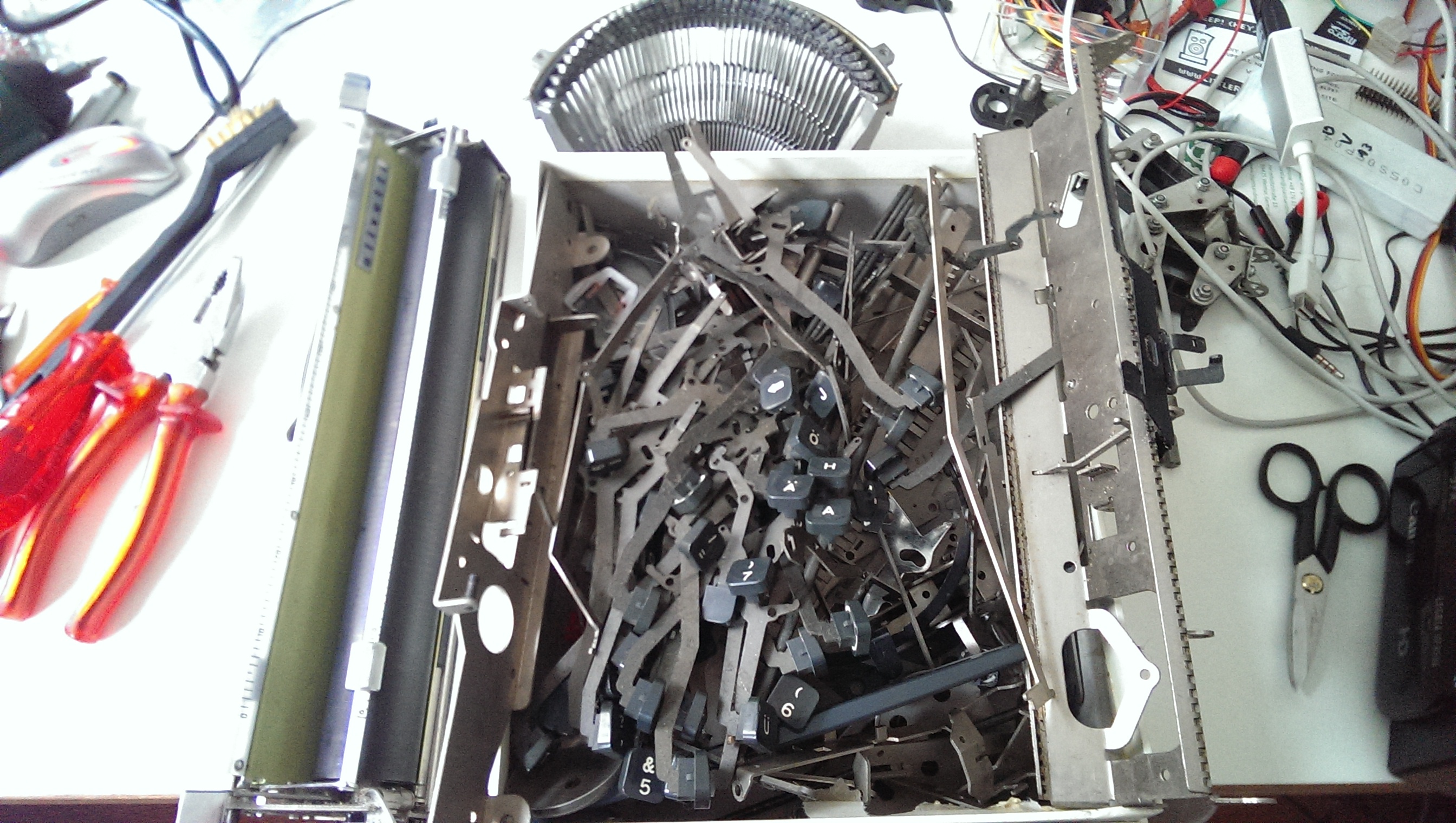 glad i finally blogged about this. in fact, trashbot v2 is alive already and will follow this weekend, stay tuned!