The next important thing was to give the robot more personality and I found one or two chaps in the internet that worked on LED matrix eyes. But I also wanted to get computer vision to Omnibot so that it could see things or people and potentially speak to them, grab them or move towards them.

So let’s start with the decomposition of the original eyes which basically had a little lamp build in:

I decided to just keep the head plate and the black adapter and replace all other parts. Next I soldered the two 8×8 LED matrices, they are chainable and adapted the code from the above link.

This was very satisfying as there was a quick success. However, as you can see, the MAX7219 controller chip is standing out of the black adapter, making it impossible to build the eyes into the adapter. So the next iteration was to desolder them again and rotate them 90 degrees…

I also decided to design a 3d printed adapter to keep the squared matrix in the round hole.

I also had to connect the two LED matrices differently as the pins would look downwards now. I decided to use a perf-board that I had in my cupboard from since my teenage years, so it would match the Omnibot in age 😀

A little software experiment yielded this:

When I was working on the Omnibot’s eyes, the high resolution Raspberry Pi cameras were launched and I had to buy them immediately. I don’t really like the flimsy design on the original Pi cams.

I decided to use the fish eye lens as it is small enough and would broaden the Field of View of the Omnibot.

I realised that the original black Omnibot adapter certainly has no hole for the objective, but I definetly wanted to have the camera very close to the LED eyes. So I decided to do away with the adapter altogether and re-designed the whole adapter to keep the objective as well. This was not too easy as the diameter is really huge and I wanted to keep the matrices at a maximum in size.

Finally, I also had to match the PCB with the matrix PCBs which also was not too easy. But luckily, it worked out:

Finally, I had to buy a longer cable to connect the camera to the Raspberry Pi that was mounted on the Omnibot 5402’s tape recorder base plate in the meantime.

So, finally, all pieces come together in under the dome of the head part. The dome is dimming the picture a bit, so experiments will show whether computer vision works well enough. The manual focus of the Pi cam is helping here.

When designing little computers, one of the most interesting aspects is the dimension and functionality of the keyboard. Do you want to use it rarely and the screen real estate doesn’t matter? You can use an on screen keyboard. With little devices such as the PocketPi, it is okay to have a small keyboard, but that’s not for writing code, it’s okay for messages etc. Recently I bought a Psion Series 5 mx pro, that is a keyboard with 17cm length and a phantastic trade-off between usability and size. But I was also experimenting with self-built keyboards for a while and discovered that I’m not alone.

For building a sub-notebook or netbook powered by a Raspberry Pi, I was looking into 40% keyboards, my first experiment was a NIU PCB with Kailh Choc low profile switches just to find out that the NIU doesn’t support this form factor. I kind of hacked it by modifying the switches and soldering on the back side:

And it kind of worked. But it’s not beautiful and you have to mirror the default keyboard mapping. For my taste, the key caps are also too far apart, on the plus side, it has LEDs (the key caps are the “natural” color, i.e. semi-transparent which is also good for lights):

But then, after posting this on reddit, another forum member hinted that there would be the Pancake PCB that would “natively” support the low profile switches, so I ordered the pancake PCB together with the white key caps.

To save some more height, I decided to solder the Arduino Micro Pro directly on the PCB without a socket or pins, luckily, there’s also a QMK layout for it already and flashing with the QMK tool is a breeze (just press the button WHILE plugging in the USB cable to the computer).

That yields a total height of 18mm which is, in notebook terms, still quite a lot, but for mechanical keyboards it’s the best I can achieve for the moment.

The alternative would be to design and print a switch holder grid and connect the switches directly without a PCB. Whatever, this is the end result:

A much cleaner and tighter look compared to the NIU:

To learn how to type on an ortholinear keyboard, I practise on this sensational website. I was not very fast after 30min practise but improving fast:

So just as an outlook for the sub-notebook (10.1 inch screen, 21x15cm), here’s the hardware collection that I had half a year ago (yes, that’s a dedicated touchpad with mouse buttons in the middle). I’ll change the LiPo for a dual 18650 UPS I recently found which is way more compact. 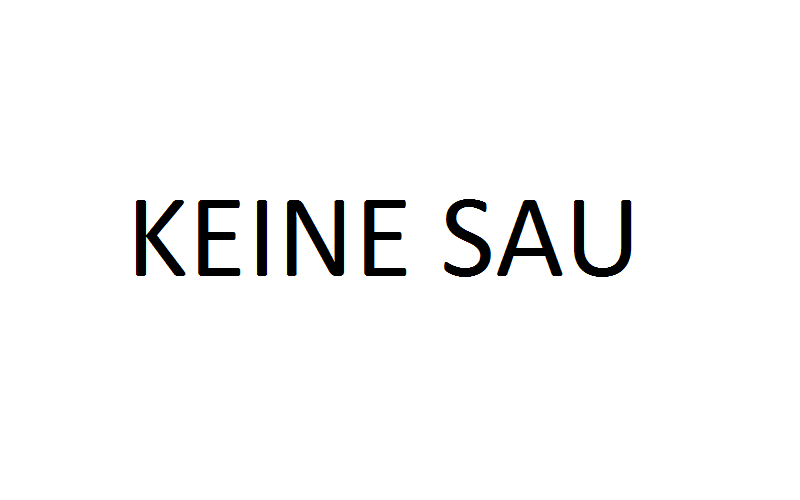