i found the minoru 3d webcam which is basically two usb cams, a microphone / audio-in and sort of a built-in usb hub (the latter two i didn’t know).

so here’s a couple of impressions on how to remove the plastic and strip the camera to reduce visual complexity and weight. i simply love the reduced design of pcbs instead of full casings, i only want casings to protect the hardware where it is actually needed in a robot. which is mostly the touch points when it falls or is grasped for transportation. 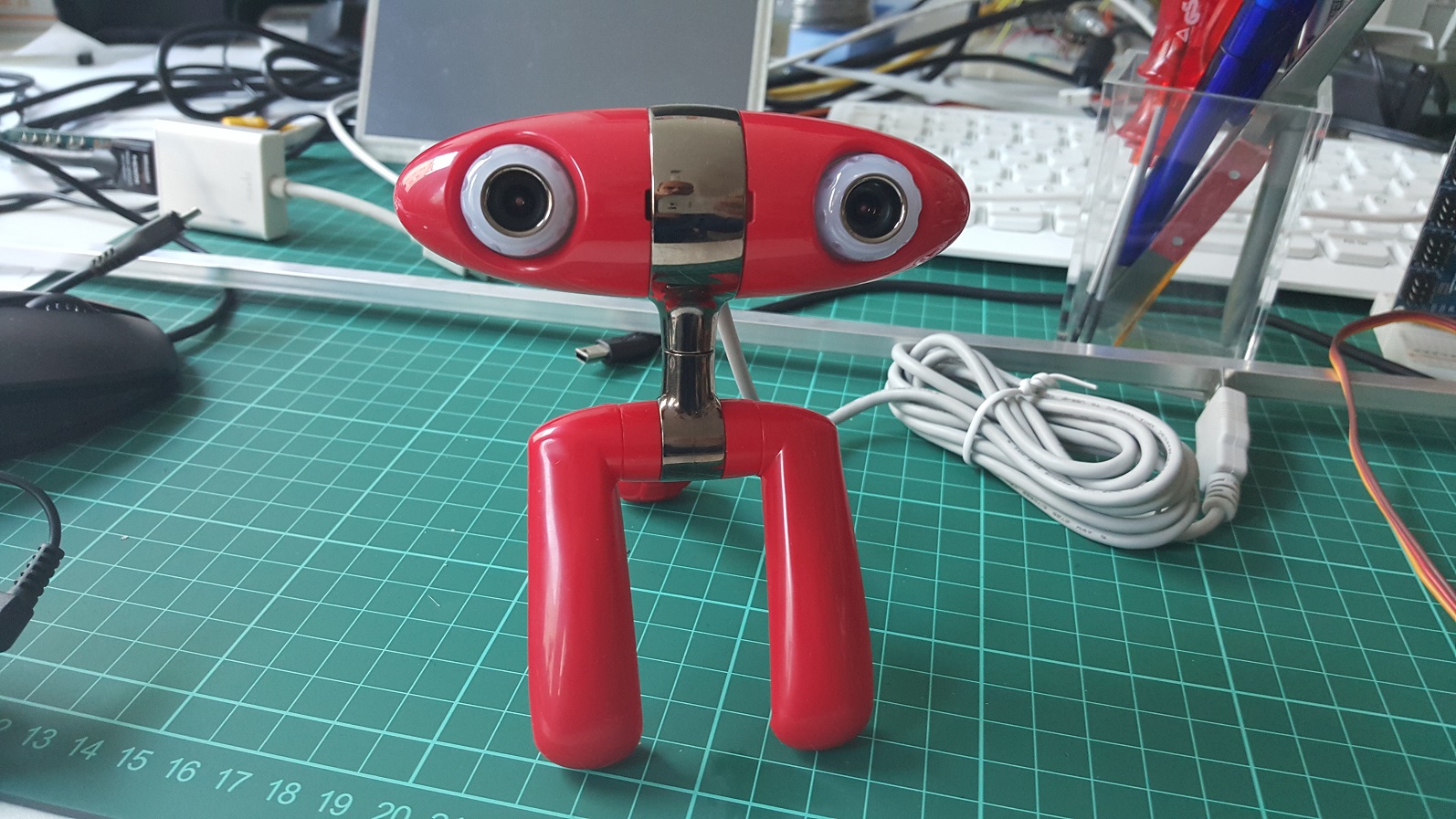 so that’s the little boy, seems like the product was not very successful, there is no newer version of it, you get it with an installation cd and a couple of red/green glasses…

so that’s from the front, here’s the back: 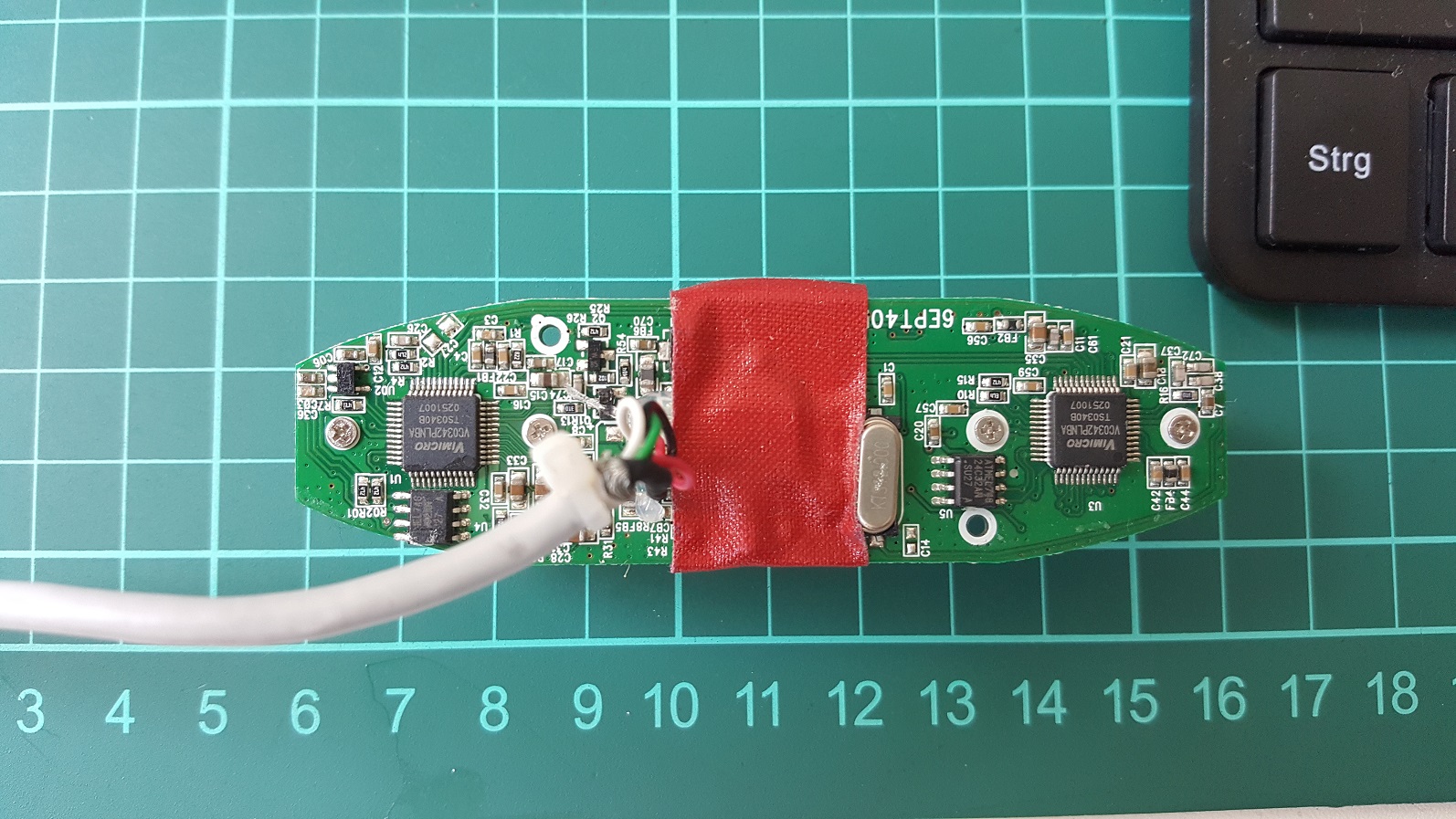 and here it is in the lamp shade: 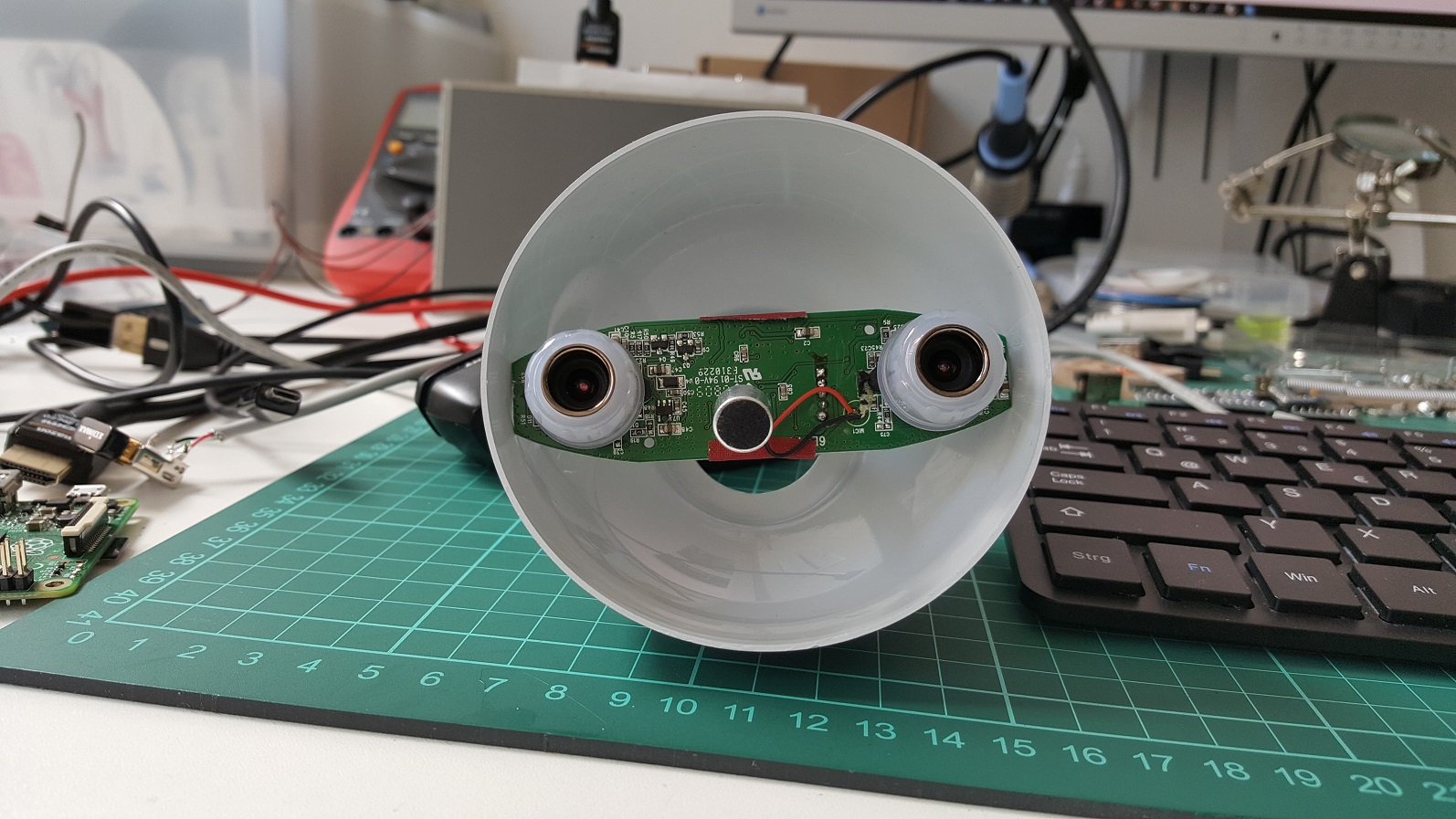 there will be some more posts about how to integrate it in the robot and also the software side, but there are a couple of blog posts in the internet either using it with the pi or doing 3d calculations with the pictures.

i just recently soldered a home-made usb-plug to the other end of the camera so that i can connect it to the pi on the trashbot.

but first of all, i need to attach the lamp shade to the body and add some sort of a controller to the neck servos. i plan to do it with an arduino mini pro, which may have the same “seizures problem” as with the old trashbots. also, i want to connect it via serial port to the pi to save usb-real estate and need some experimentation there with programming the arduino via the raspberry.