with the progress made on trashbot 6, i also wanted to have a compact, yet lightweight way of connecting to parts with two servos so that these two parts could move in two dimension: the shoulders and the feet. END_OF_DOCUMENT_TOKEN_TO_BE_REPLACED

so i thought to use an arduino mini pro for this since it has 6 PWM outputs that can control six servos (people have noted that the output pin doesn’t necessarily have to be capable of PWM to control a servo). END_OF_DOCUMENT_TOKEN_TO_BE_REPLACED

i wanted to reuse the neck construction from my former trashbots: 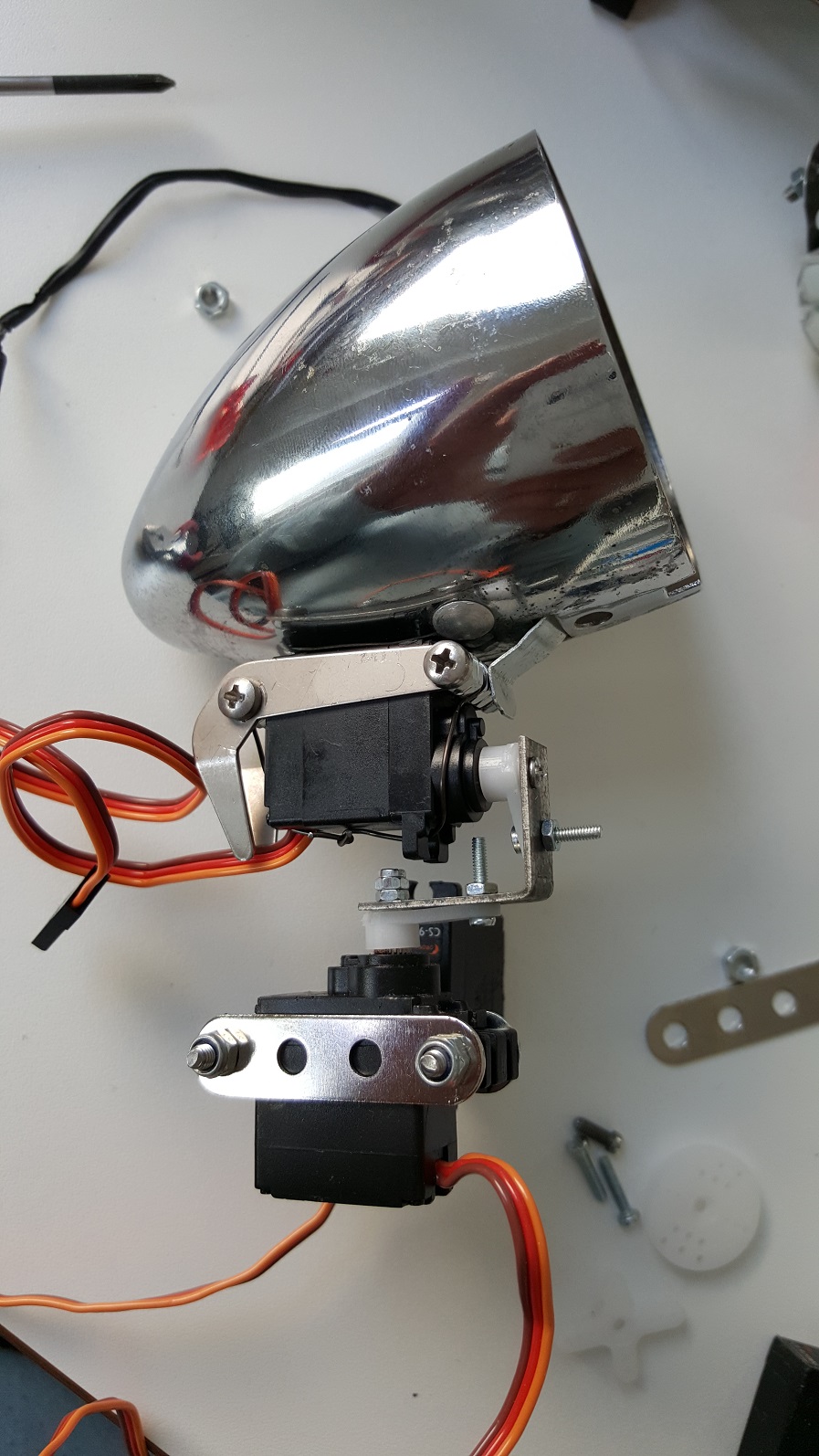 neck with the bike lamp shade

unfortunately, i had to remove the bike lamp because the stripped minoru camera is broader (about 9cm) so i had to find a lamp head where it fits in. END_OF_DOCUMENT_TOKEN_TO_BE_REPLACED

END_OF_DOCUMENT_TOKEN_TO_BE_REPLACED

but as you can see on the lower left (where the edimax wifi plug is inserted), the usb ports are pretty much flush with the outer servos, i.e. the attached legs will not leave too much space for usb plugs. END_OF_DOCUMENT_TOKEN_TO_BE_REPLACED

most of this work has been done over christmas, but only now i found the time to at least do a quick tour around the bot. here are some highlights:

I always love to obey to minimalism and I always love to construct stuff with a minimal amount of material and complexity. Of course, the question is then how replicable, durable and maintainable the result is.

In the present case it became obvious, that at some point in time, Trashbot would need to have an additional degree of freedom on his foot, namely an ankle that allows him to lean forward. The present prototype is acutally from August last year. But now I’m revisiting my designs as Trashbot recently got the long awaited additional hip servos and the logical next step is to add the ankle servos.

So let’s start with the layout: 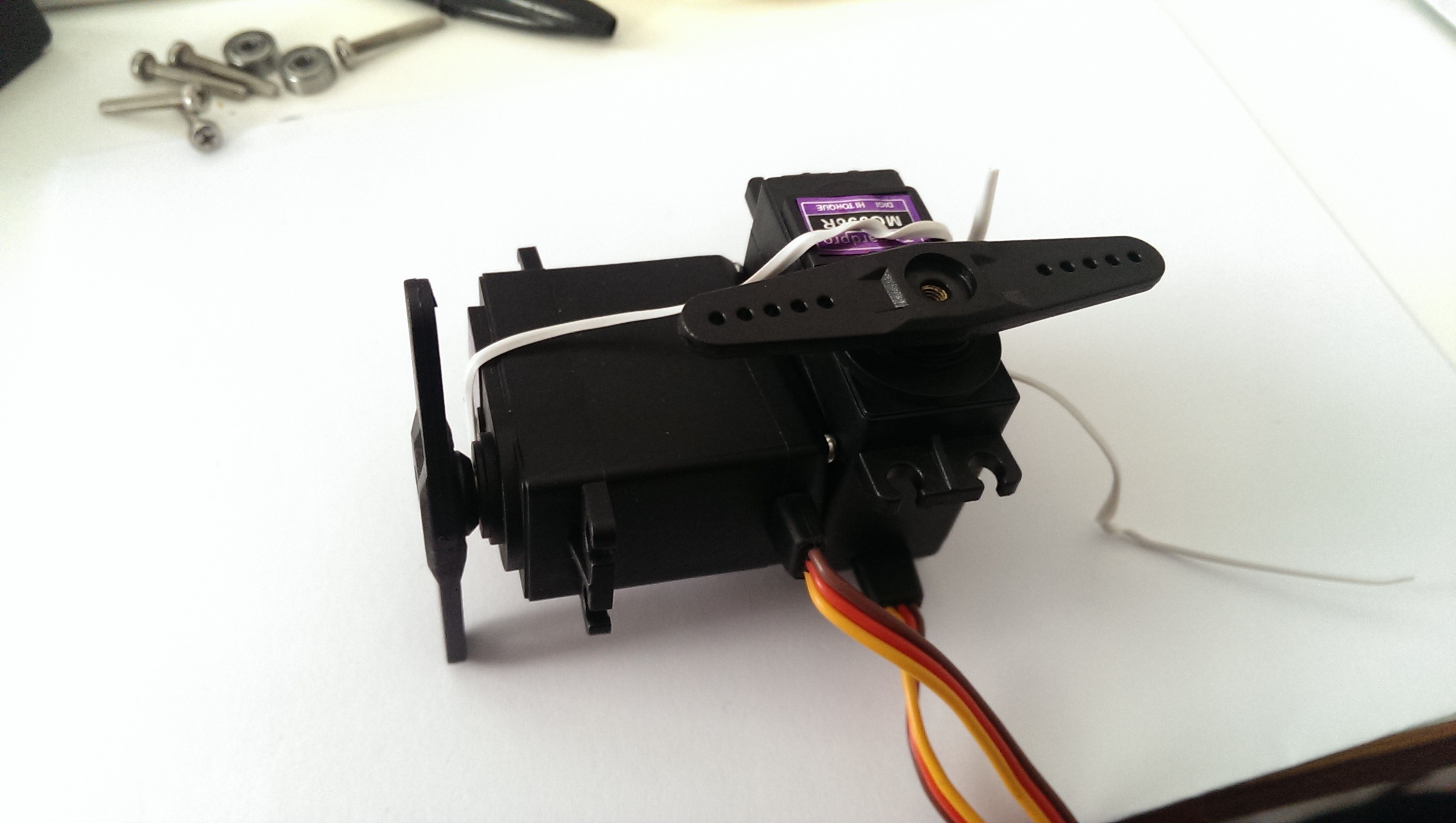 END_OF_DOCUMENT_TOKEN_TO_BE_REPLACED

Last week I added three degrees more to Trashbot, two hip servos for forward movement (“kicking”) and one to the bone.

This week I found some time to do the first single servo movements and tests to check out the new geometry of the bot since the broader hips will affect the Center of Gravity etc. Here’s the first attempt to do what the normal gait would do: shift the body to one foot:

So, definetly software teaching me how to improve hardware… Next draft iteration: END_OF_DOCUMENT_TOKEN_TO_BE_REPLACED 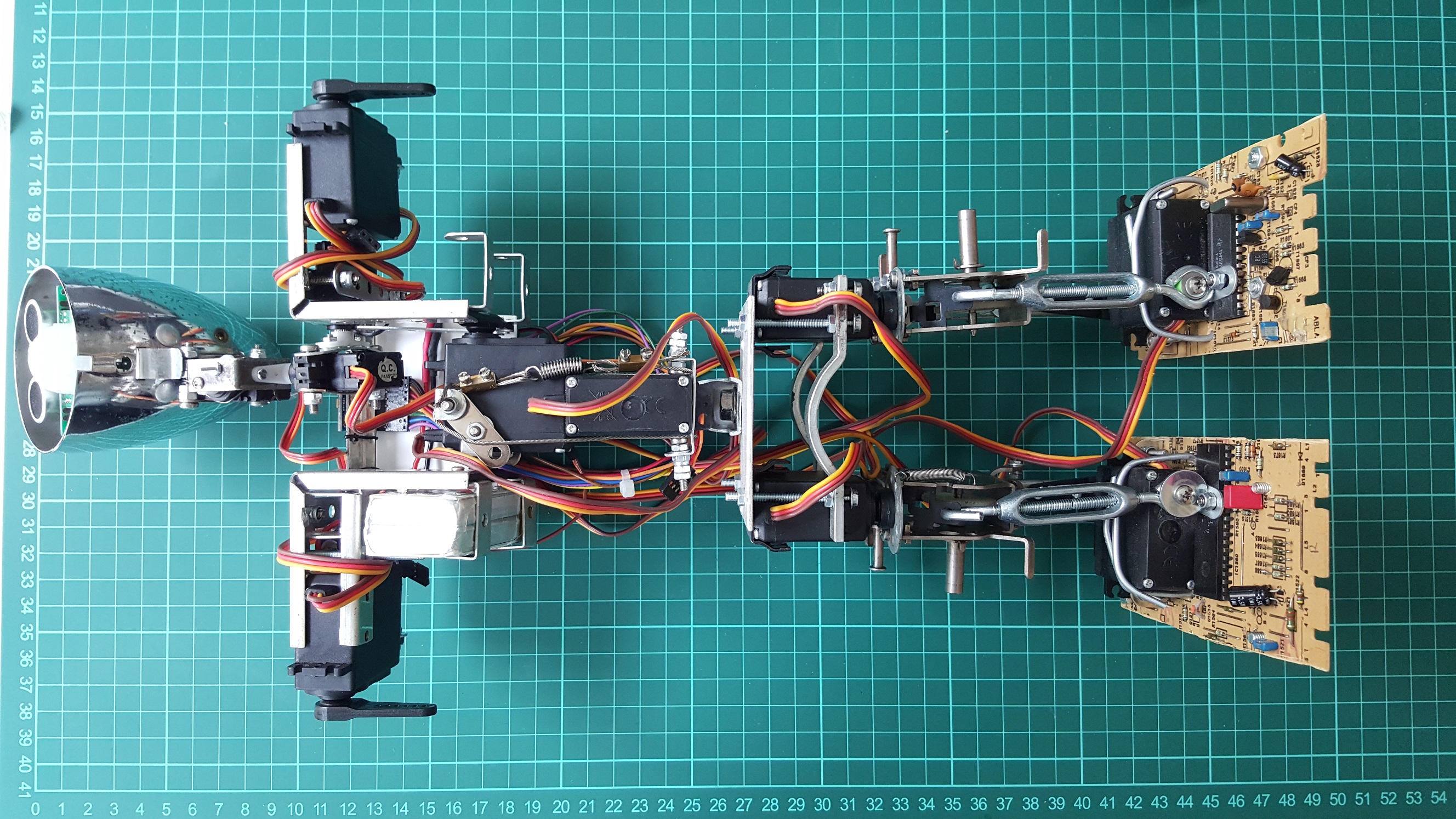 Also, the upper part of the body will tilt “stronger” when END_OF_DOCUMENT_TOKEN_TO_BE_REPLACED