with the progress made on trashbot 6, i also wanted to have a compact, yet lightweight way of connecting to parts with two servos so that these two parts could move in two dimension: the shoulders and the feet.

ideally, the two dimensions / rotation points are very close to each other so that this “cluster” acts like a spherically moveable joint so to speak. 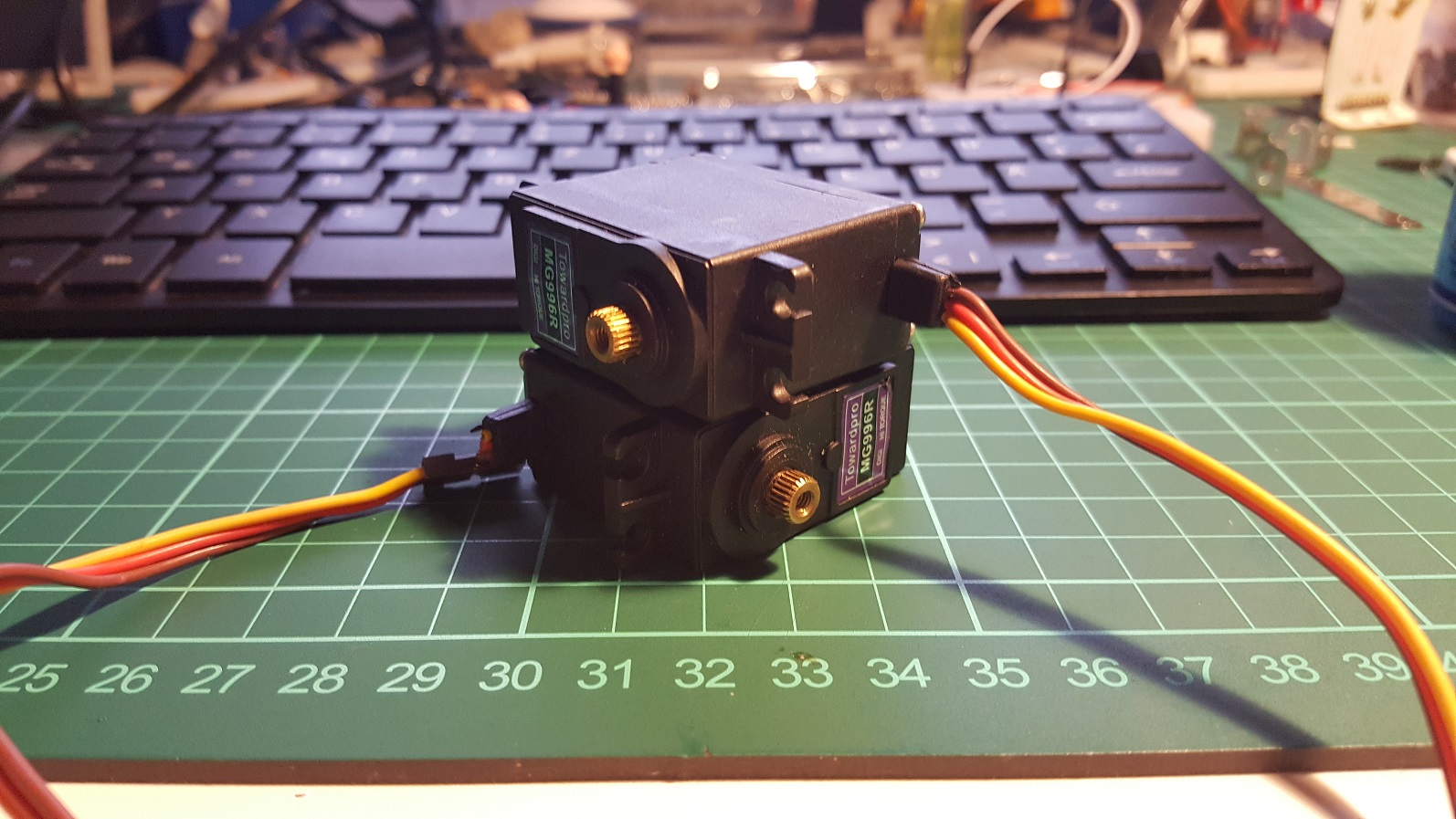 next it’s important to give the servo arms enough space so that they can move freely. this doesn’t work if we keep the plastic extensions for keeping the screws. we can clip them off 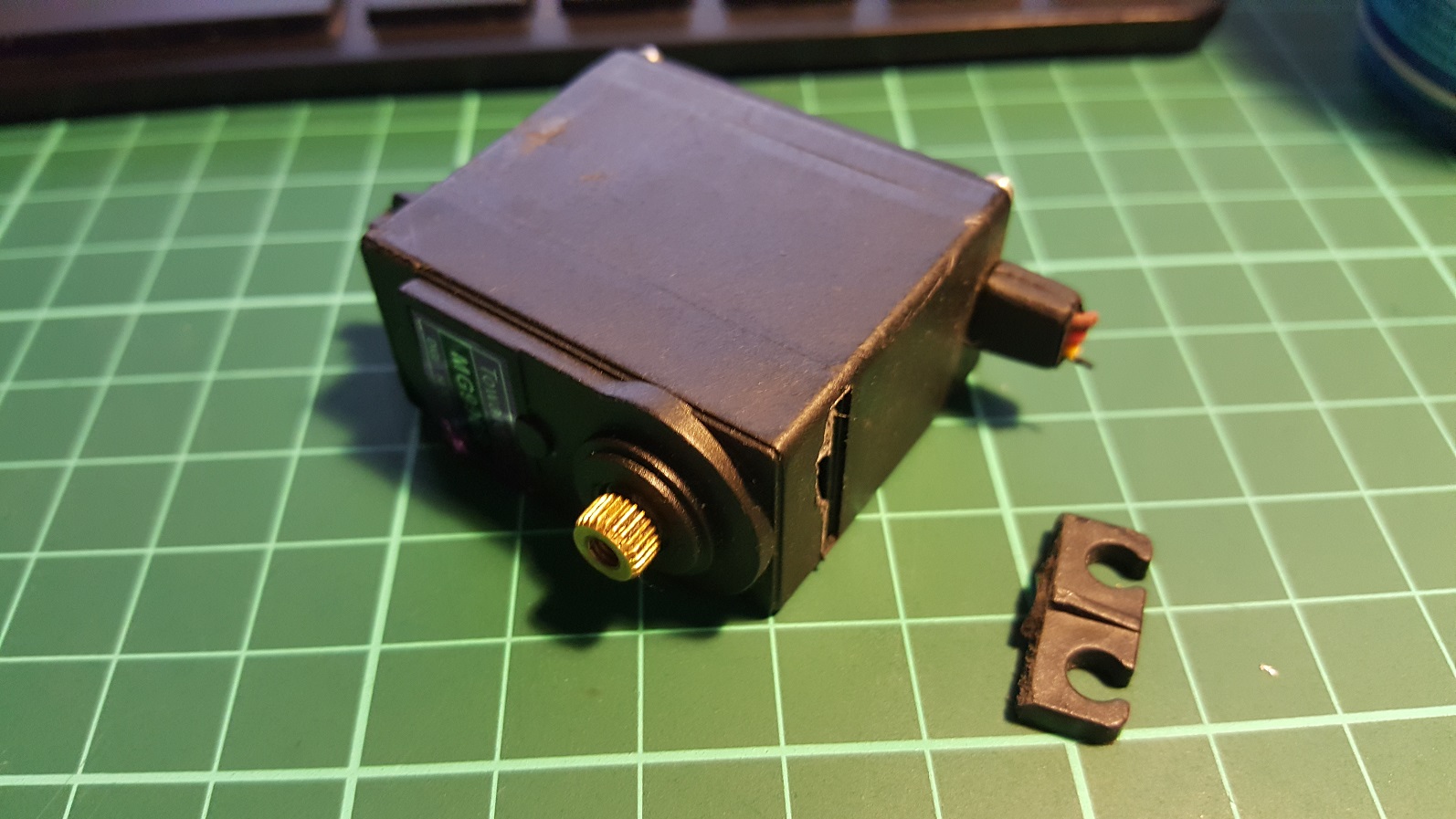 one of the best tricks (i think!) is now attach the two servos to each other using a… 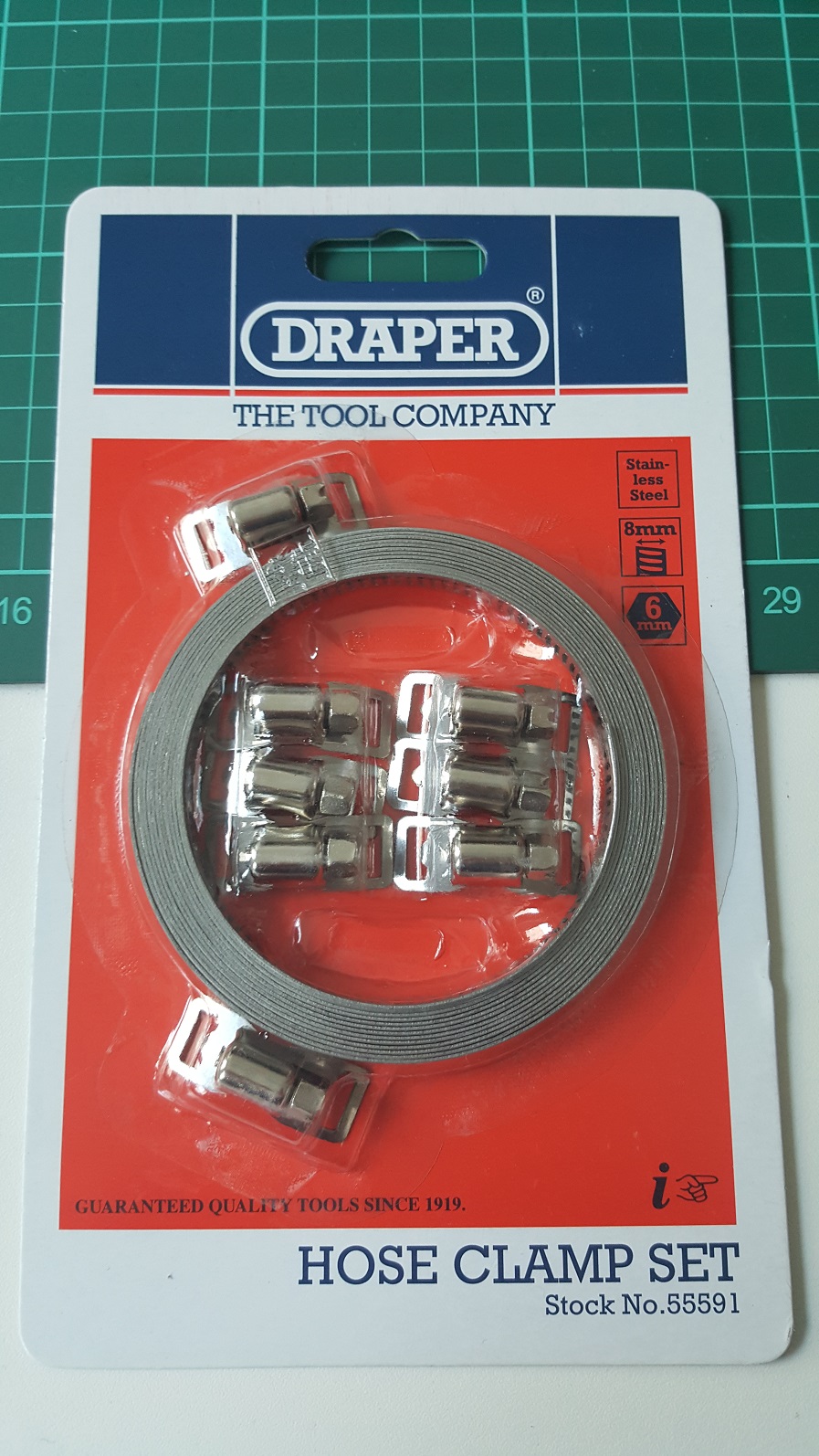 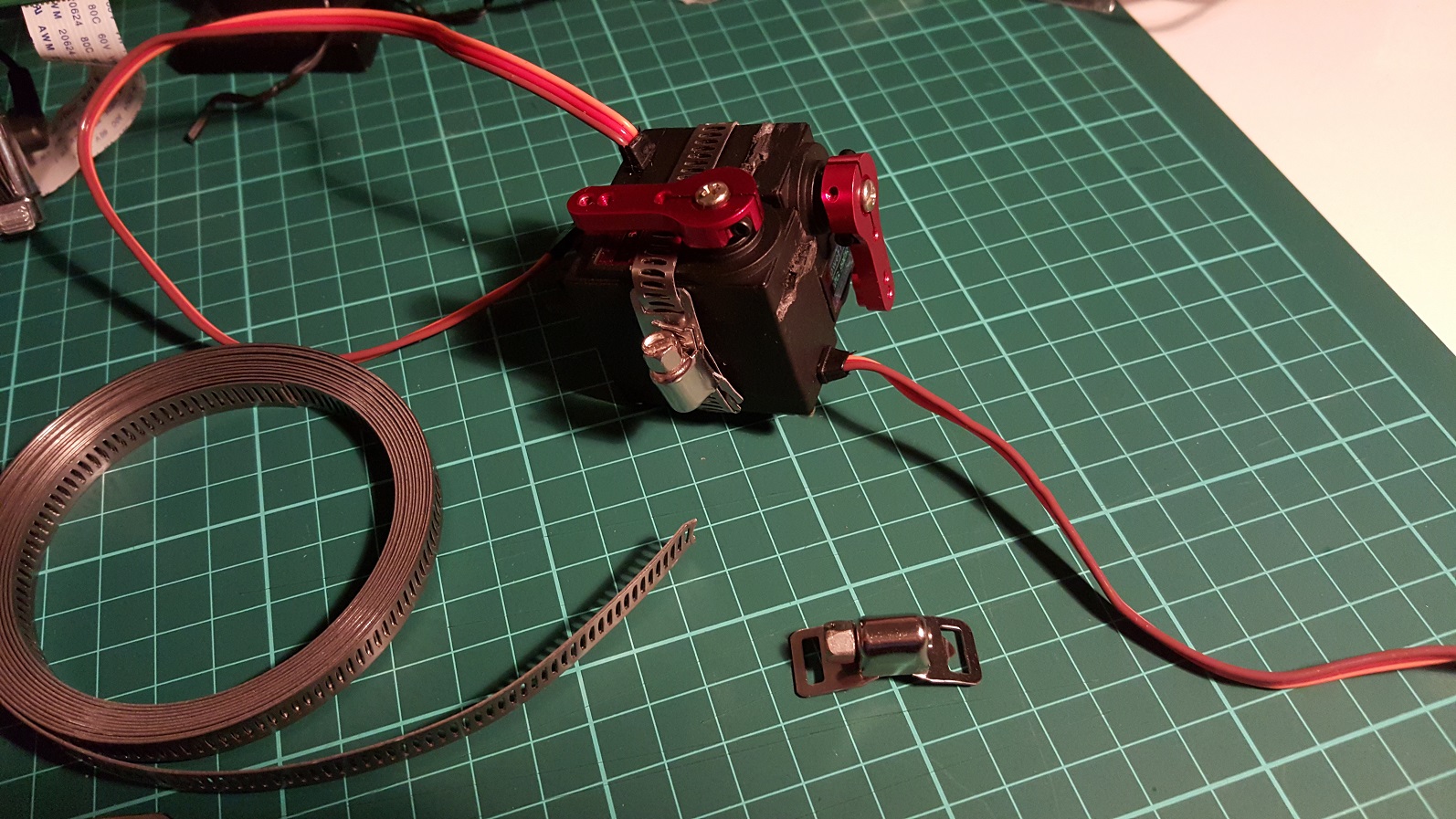 the nice thing is that the metallic band is so thin that it easily fits below the servo arm so that it can move freely.

so this is, how i built the arms of the trashbot 6, for the feet i also doubled the hinges by opening the servos: 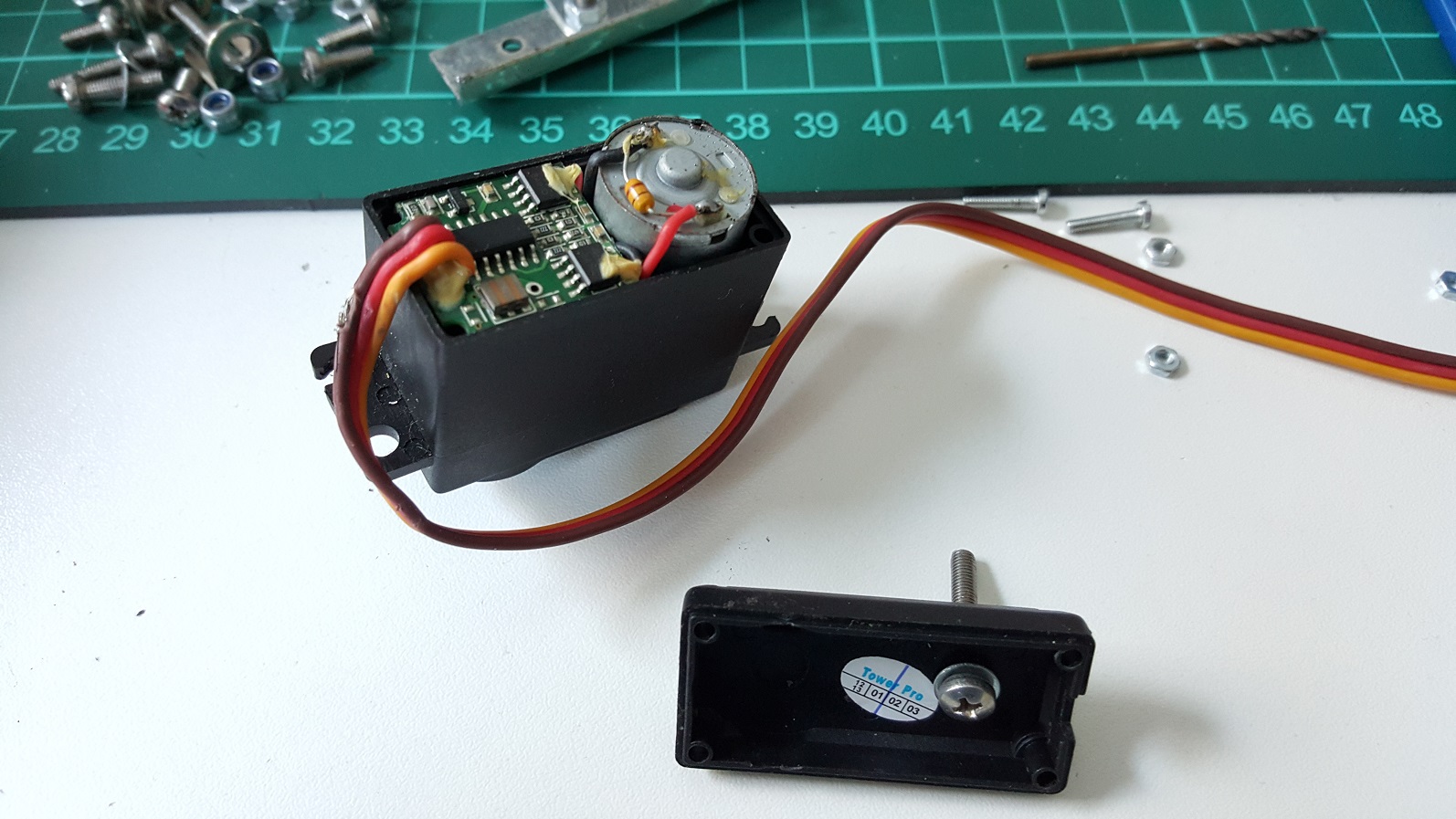 second hinge in the servo cap

luckily, the electronics pcb is a bit below the motor so that the head of the screw can hover it when the cap is put back on. 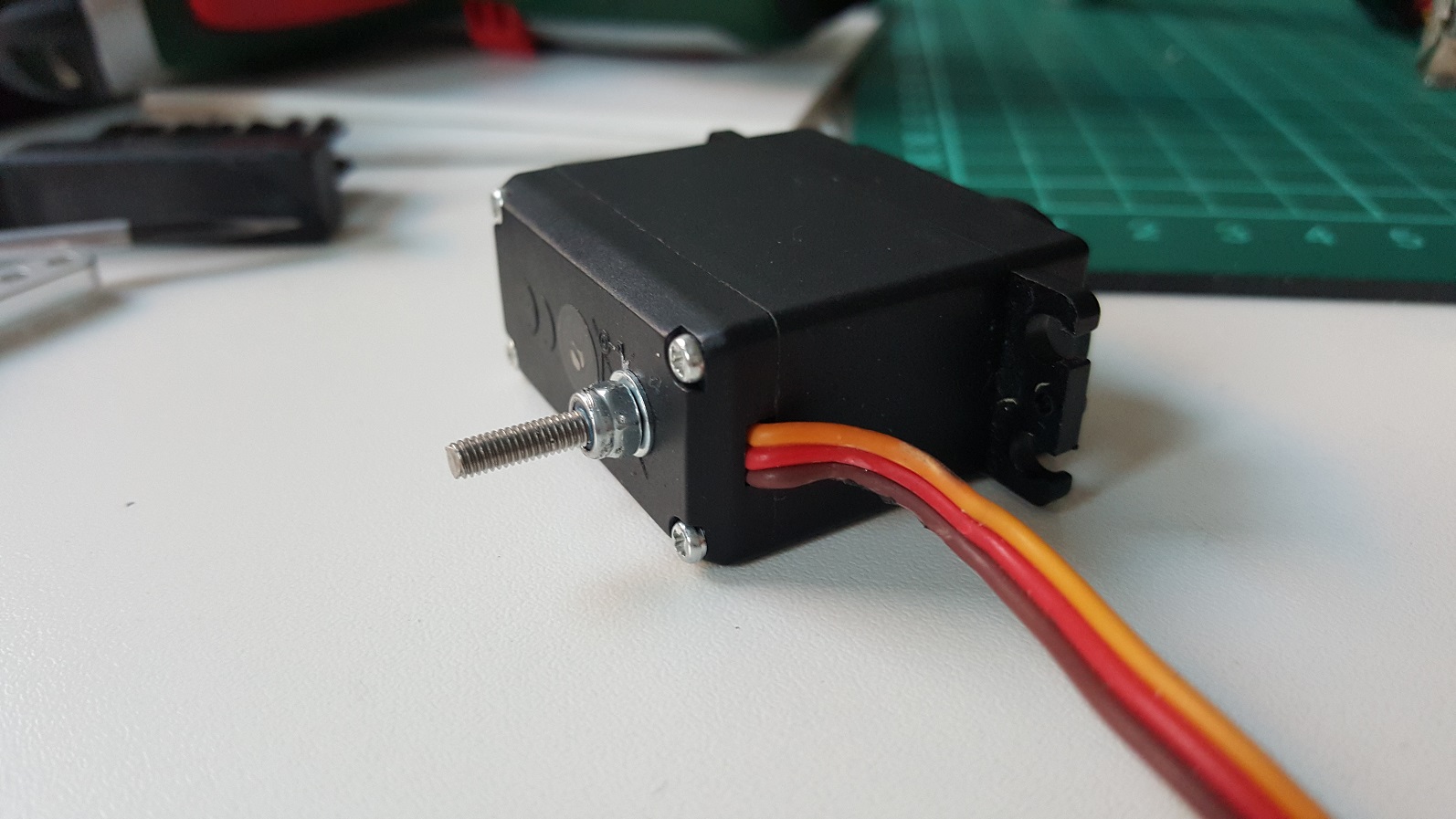 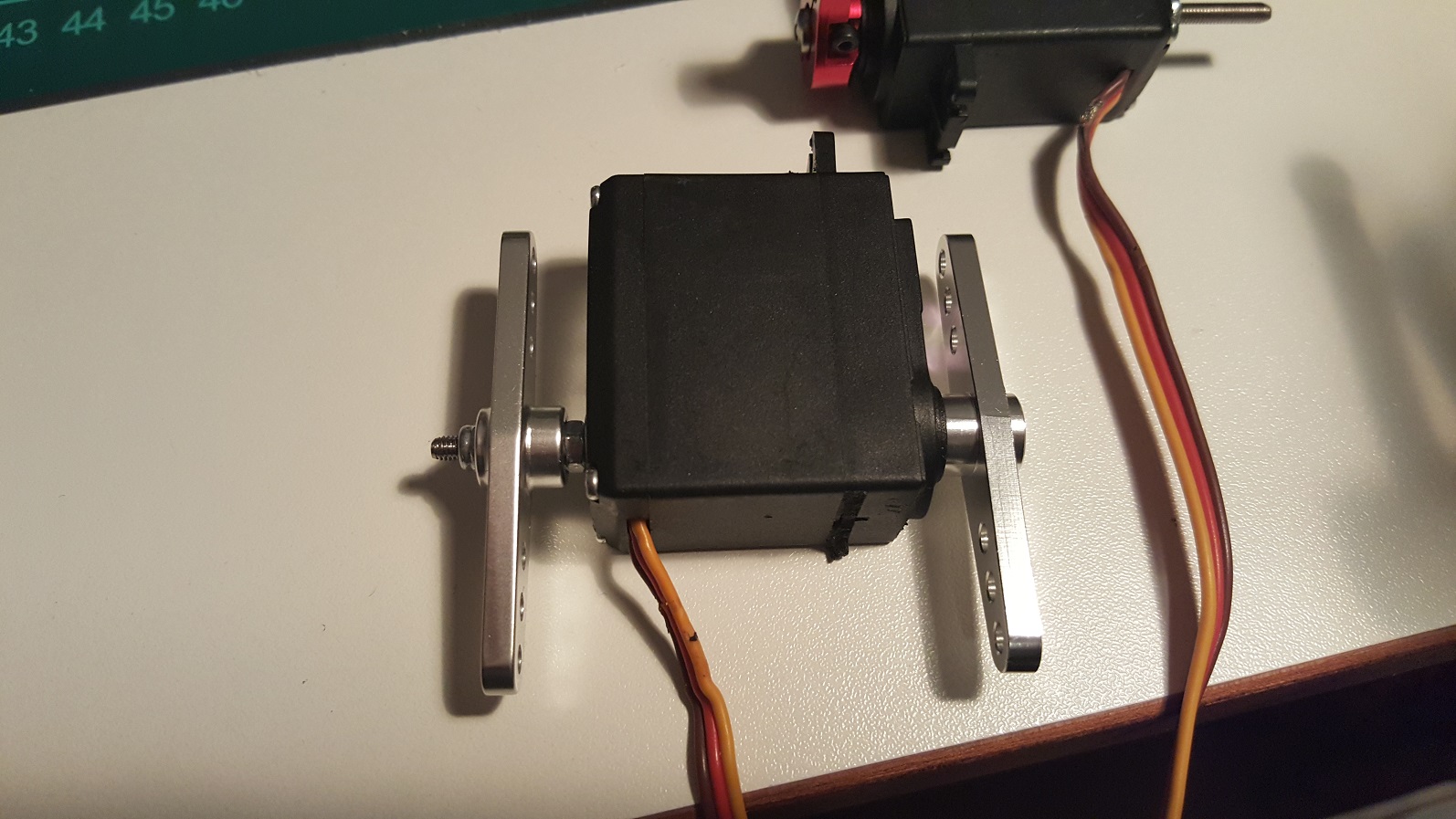 double sided servo horns on each side

so with these two simple “hacks” we added only the weight of the hose clamp and two screws to build a 2 DoF servo with double hinges. that’s ideal for a light weight and cheap robot and kind of “trashy”.