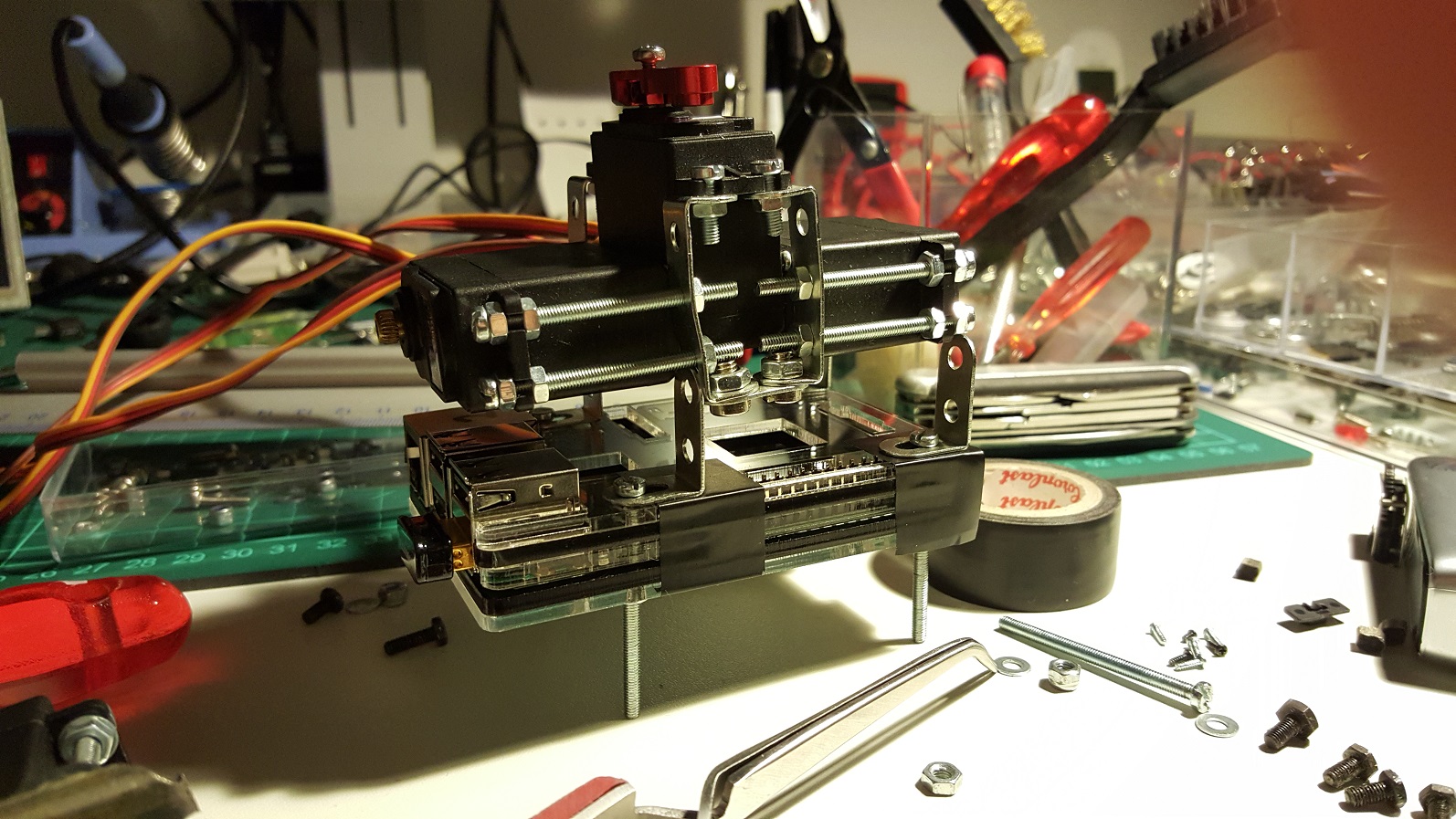 but as you can see on the lower left (where the edimax wifi plug is inserted), the usb ports are pretty much flush with the outer servos, i.e. the attached legs will not leave too much space for usb plugs.

so there are two experiments, one is to remove the usb ports and directly solder cables with usb ports to the  pi’s pcb. the other is to construct extremely small usb plugs. this post is about the latter experiment. for that purpose, i cut the usb cable of a minoru 3d stereo cam, i’m planning to experiment with and intend to add a usb plug that i construct myself.

the interesting thing is that you easily get usb ports in a small size to solder them anywhere but the plugs are always really huge. taking a plug from some other device is usually a huge / long pile of plastic. so let’s go minimal this time: 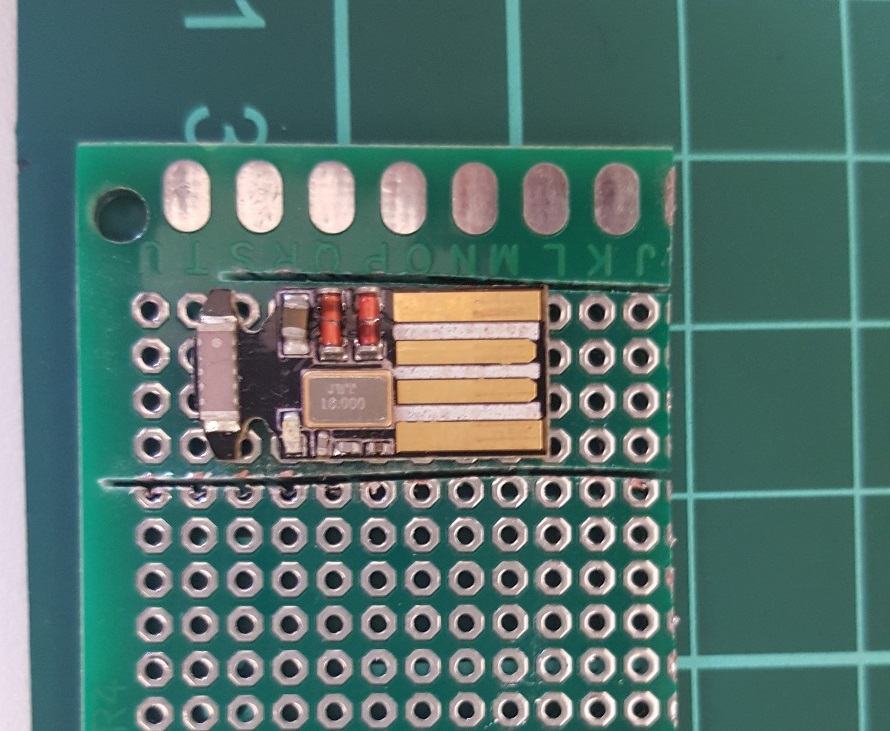 so my first attempt was to kill an old bluetooth plug, but that doesn’t work since there are chips on the other side and to remove them to be sure that there is nothing “old” electric going on on the plug was to much work. but i found out that the four lines are exactly spaced as the perfboard’s wholes: bingo!

so next step was to cut out a piece of perfboard with the width of the plug: 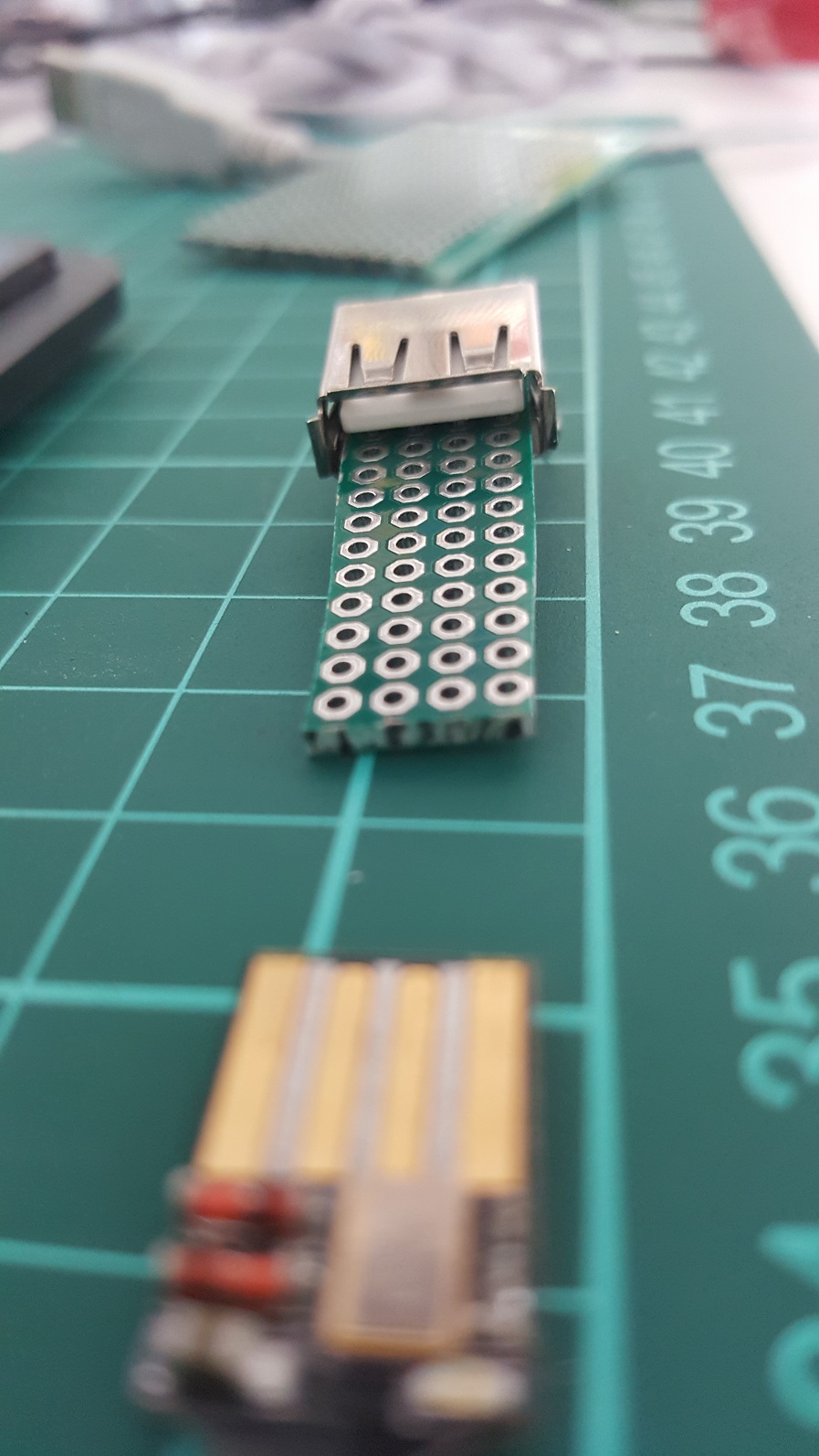 then i needed to build the lines to get the signals out of the plug area and used a thin tin wire per line that i soldered to the holes. 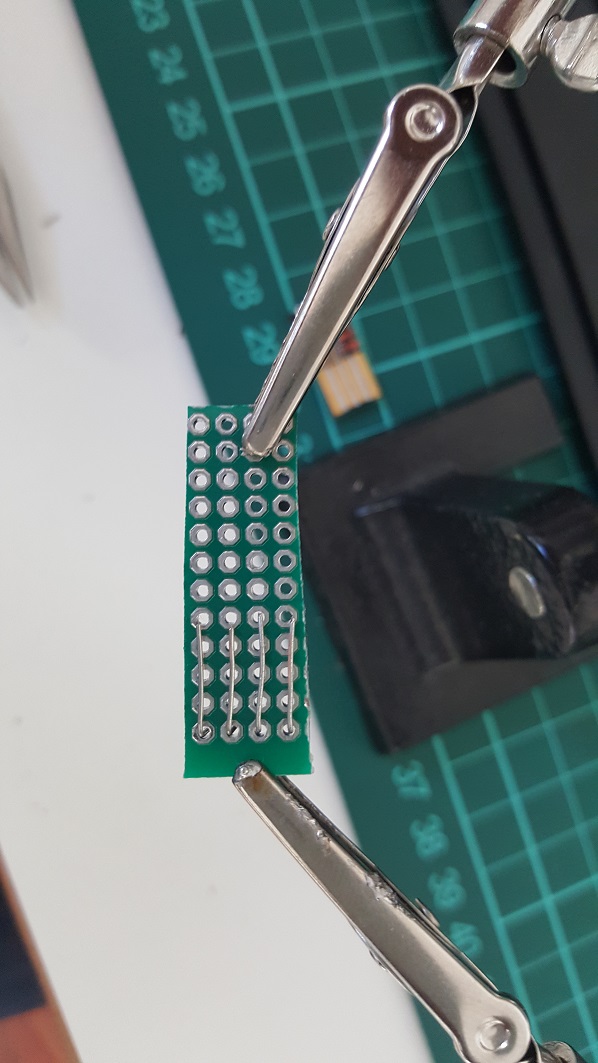 the important part is then to understand whether the height is okay for standard usb ports and so i invested some time to insert it into a couple of ports and devices i had floating around as well as the target pi itself. 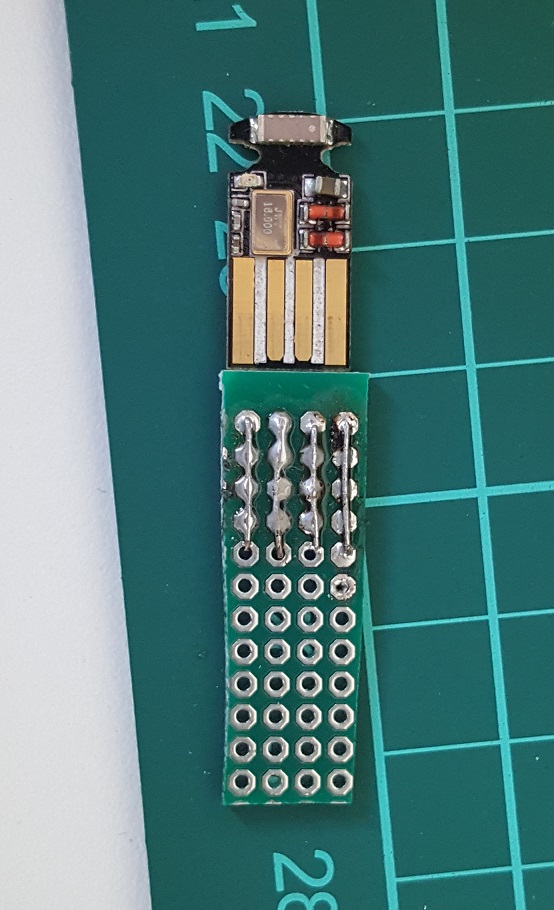 i learned two things: you have to file a coule of micro-meters off from the tin wires which has two advantages, one is to make the plug flatter but the second one is to make them a bit broader so that they get a better contact with the port.

the second thing i learned is that the other side of the perfboard with the soldering tin is actually also building a surface and on that side, it will touch the usb port’s shielding. that’s really bad! so i searched for some piece of isolation and found a stiff plastic that’s very thin: 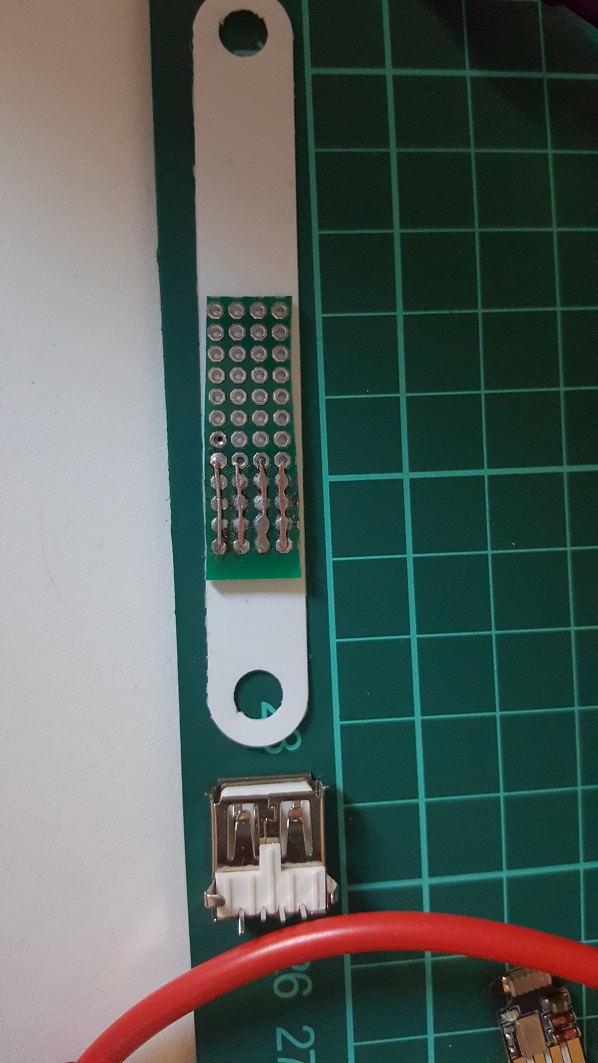 okay, finally removing the rest of the perfboard and soldering the cable, you now see the tin wires filed revealing their copper innards: 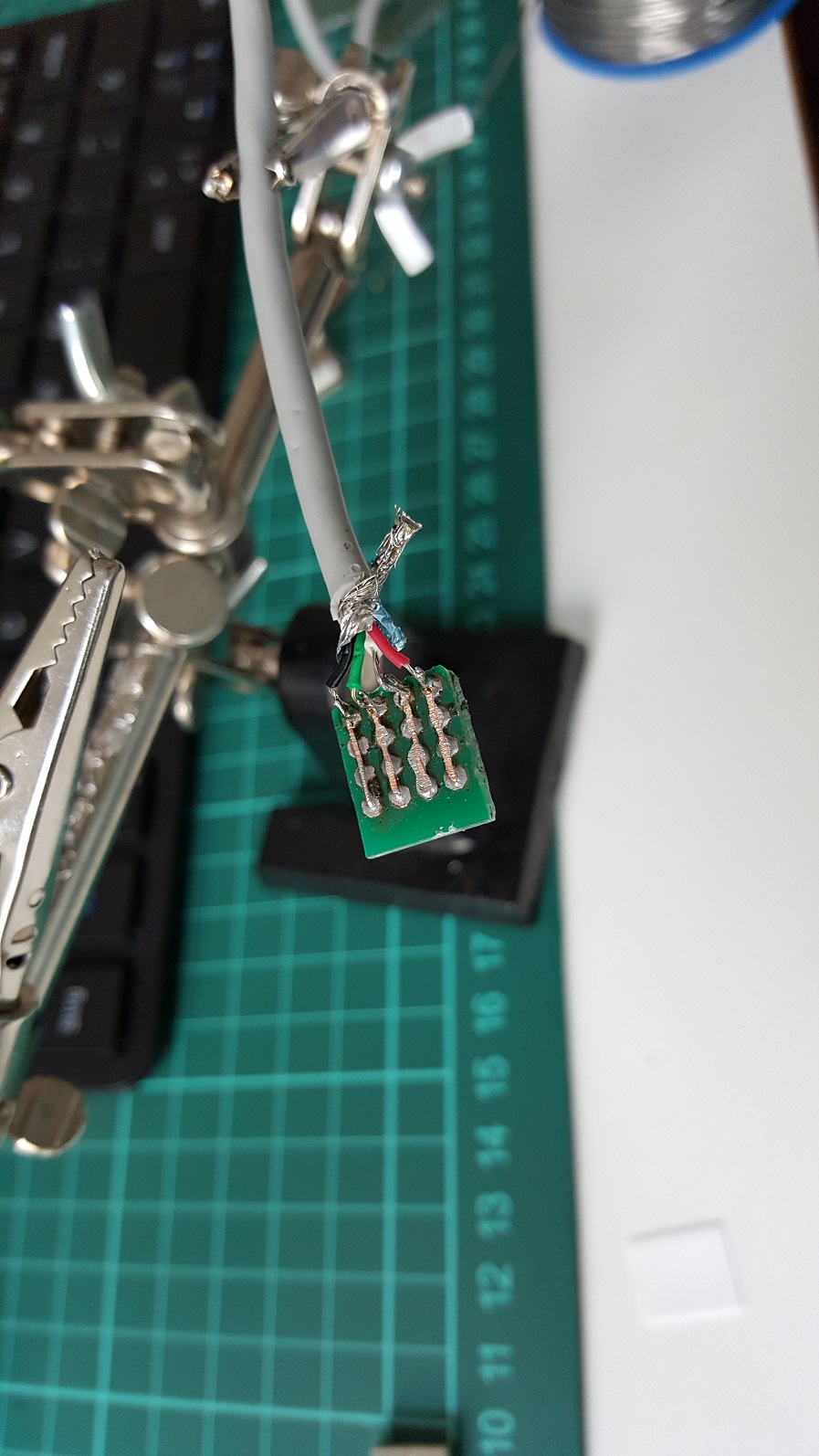 the nice thing is that the plug is now even smaller than the wifi-plug: 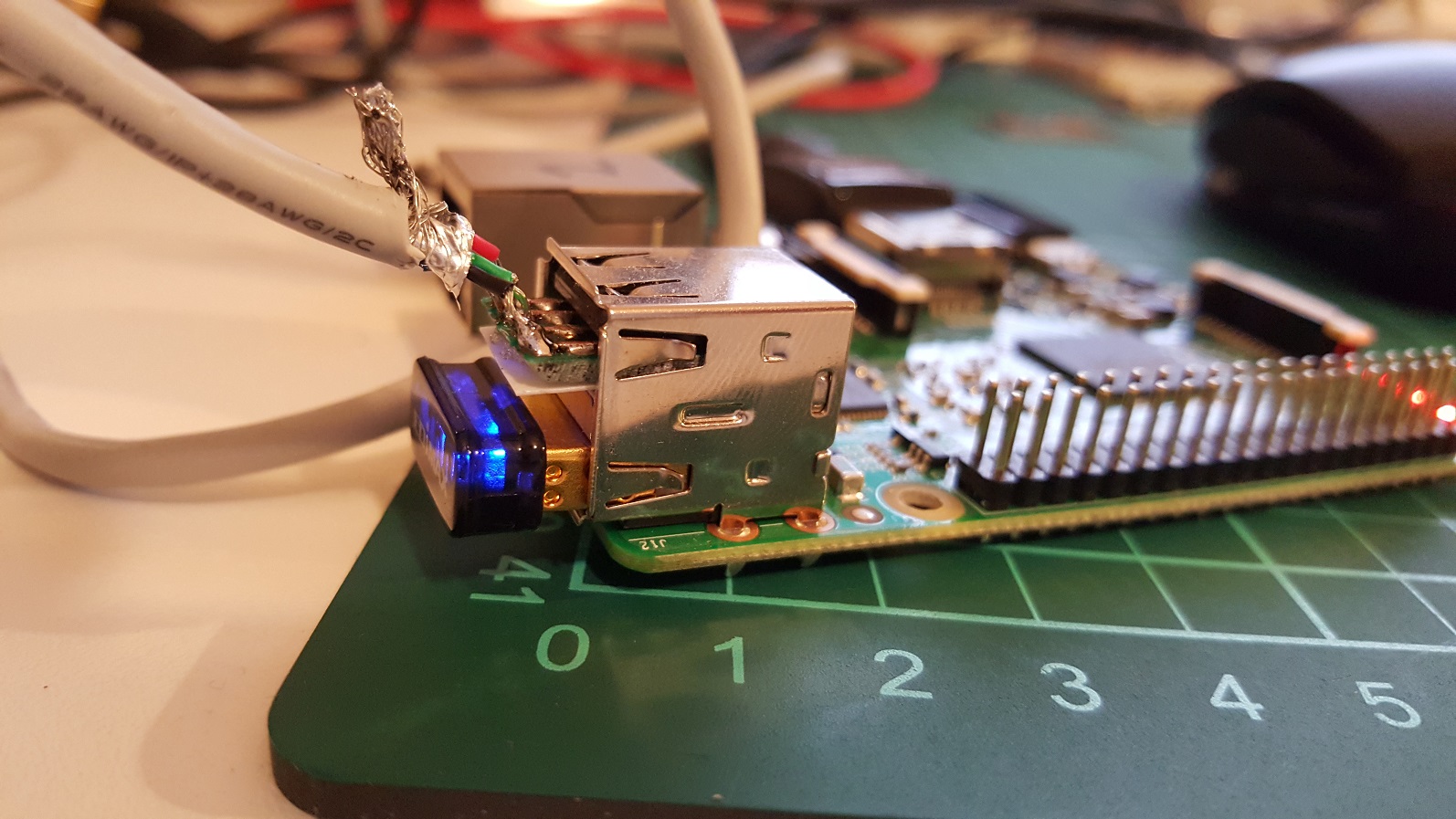 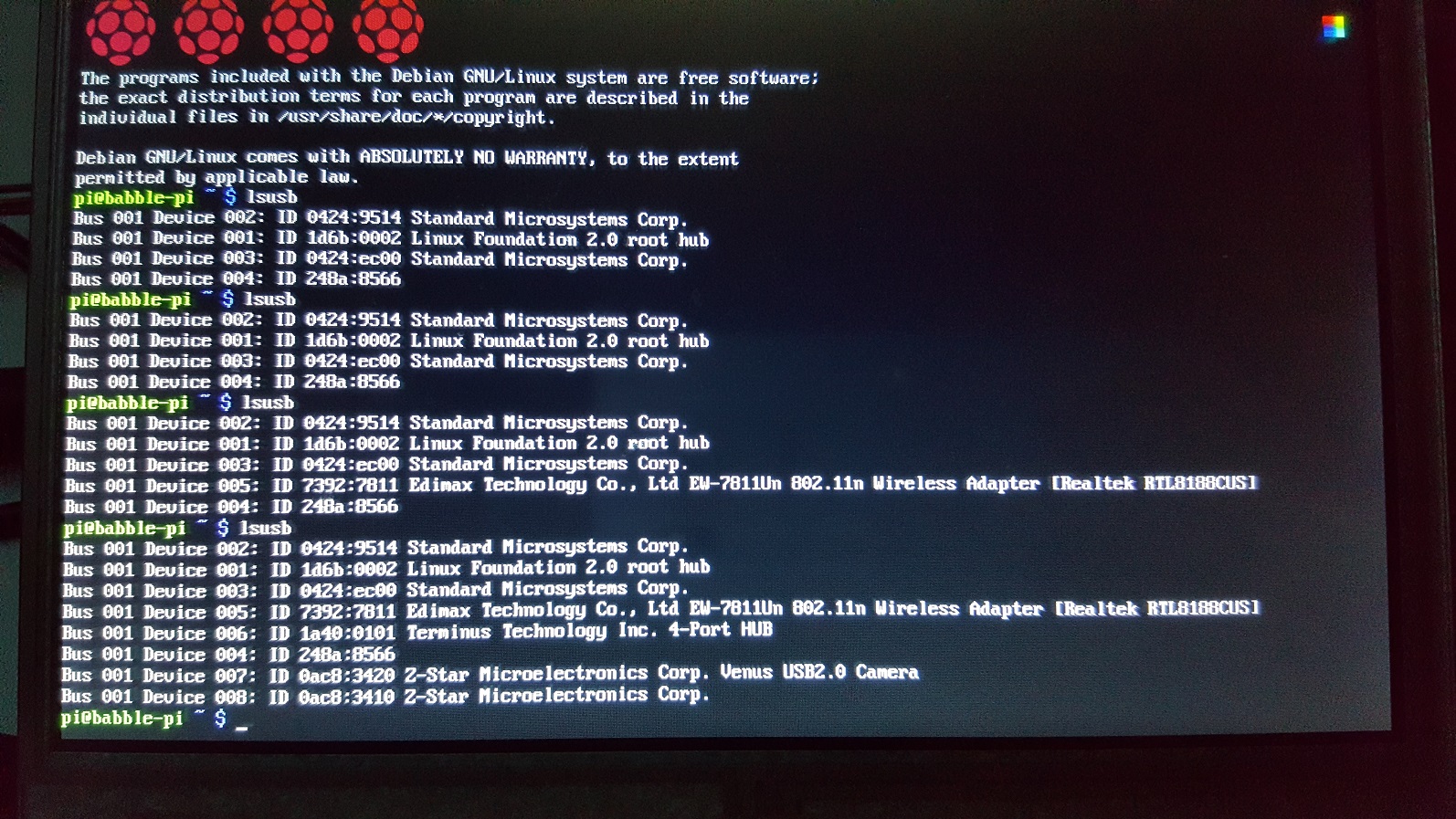 finally, i added a blob of hot glue on the cable soldered spots to give the whole thing more stability and that’s it! about one hour work, writing the blog post took longer… 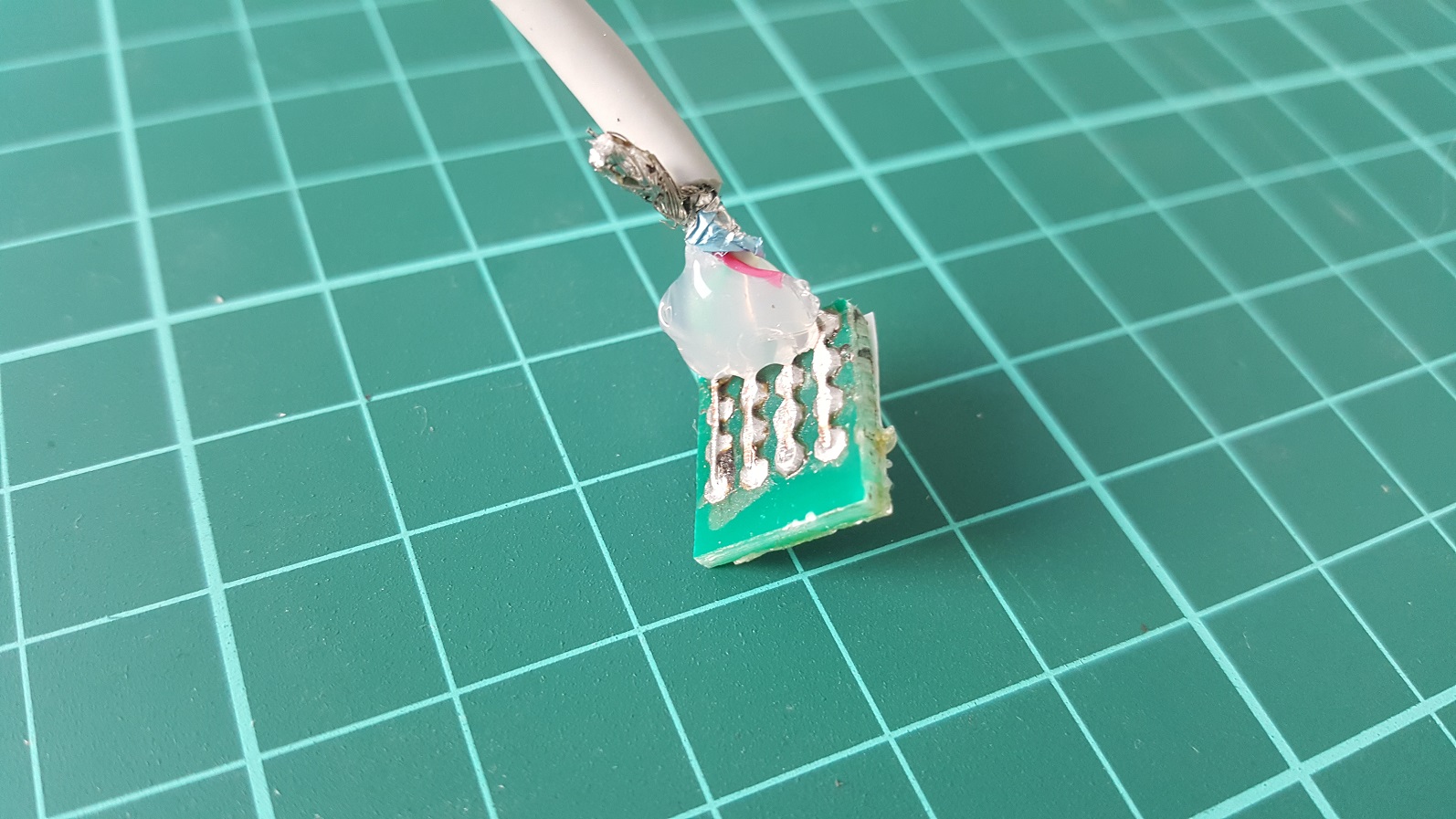