so recently i re-started my activities around the raspberry pi since their upgrade to a quadcore at the same price. i want to do a couple of things with this little fellows, for example hook up an asus xtion (think of a stripped down microsoft kinect) for 3d vision or at least depth processing for the trashbot or his siblings. another cool thing would be to experiment with sound and speech-recognisers as my dream over the last 20 years was to experiment with phone level systems, i.e. a speech recogniser that doesn’t translate human acoustic language into text or words but to their “sound representations” (i.e. how the words sound written down without orthography).

for this purpose i’m building the “babble pi” which should be a “self contained” audio i/o system on the rasperry pi and certainly i’m an addict to minimalism so i want the the system to be as small as possible and ideally no wires. however, i also know that i need to be able to exchange parts and so flexbility or component thinking is also important.

during the first experiments it turned out that even four usb ports on the raspberry pi are possibly not enough since i’m often working on the machine directly instead of remote (i know, i know. but i grew up with a commodore c64, ok?).

so after some research, these were the components i came up with: 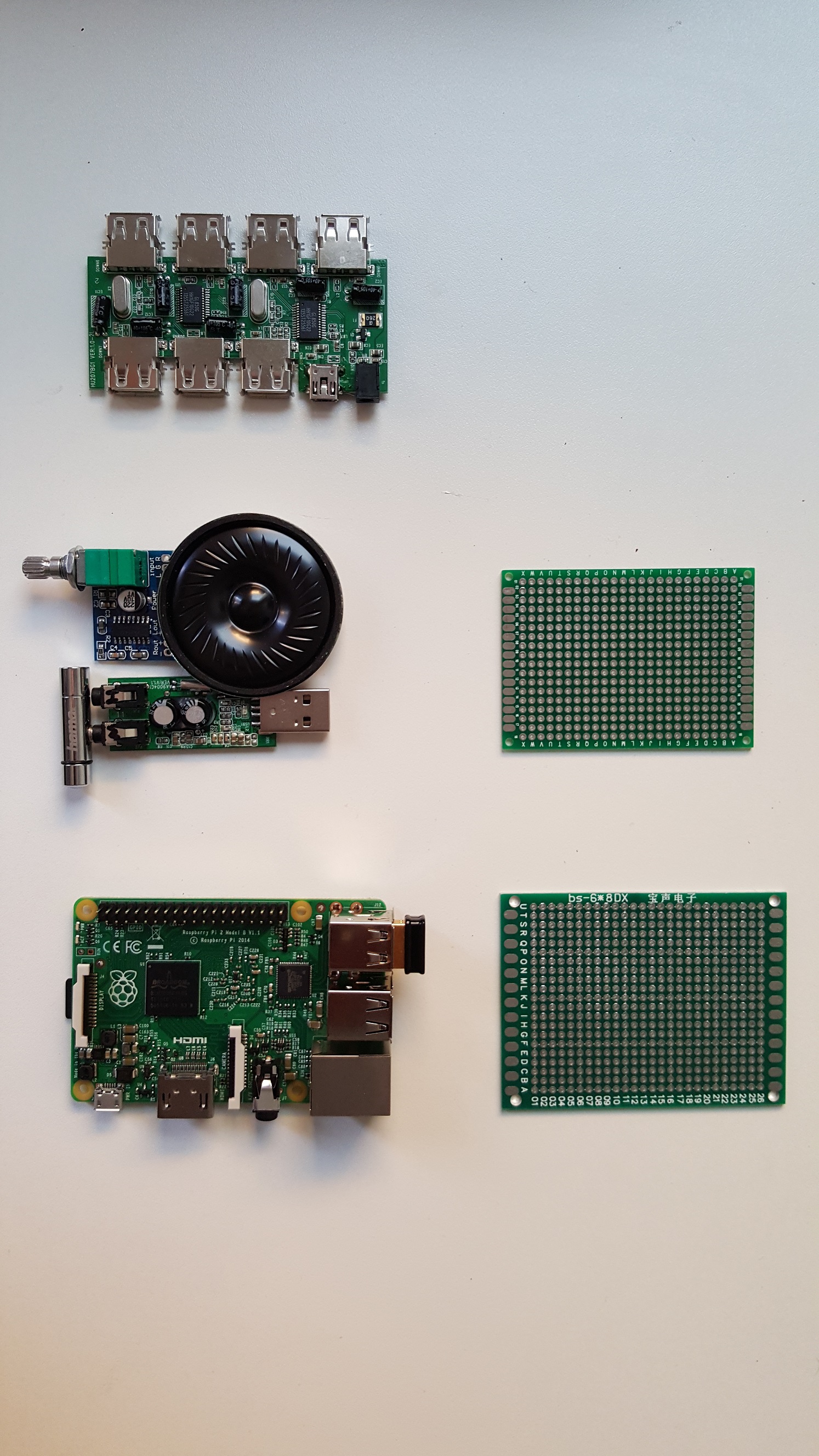 i do love the 7 port usb hub and its external power source so i’m actually thinking about powering the rasperry pi through the hub and connecting the raspberry for data through a usb port. 😀 on the other hand maybe i’ll simply design a power board to feed the pi, the hub and the amplifier.

in the middle right you see an amplifier (stereo, 3 watts), the creative sound blaster (full duplex), an attached stereo plugin microphone and a pretty flat loud speaker with a decent diameter (better than most laptops) that promises decent bass.

on the right you see my beloved prototyping boards that are the next evolutionary step from breadboards (at least for my skills, etching stuff will not happen anytime soon). the lower one nearly covers the pi, but the upper one covers it sans the usb and ethernet port.

so i tried to find a spatial arrangement that gives me access to all components and keeps them appart as well as away from the pi. after that i soldered a couple of connections: 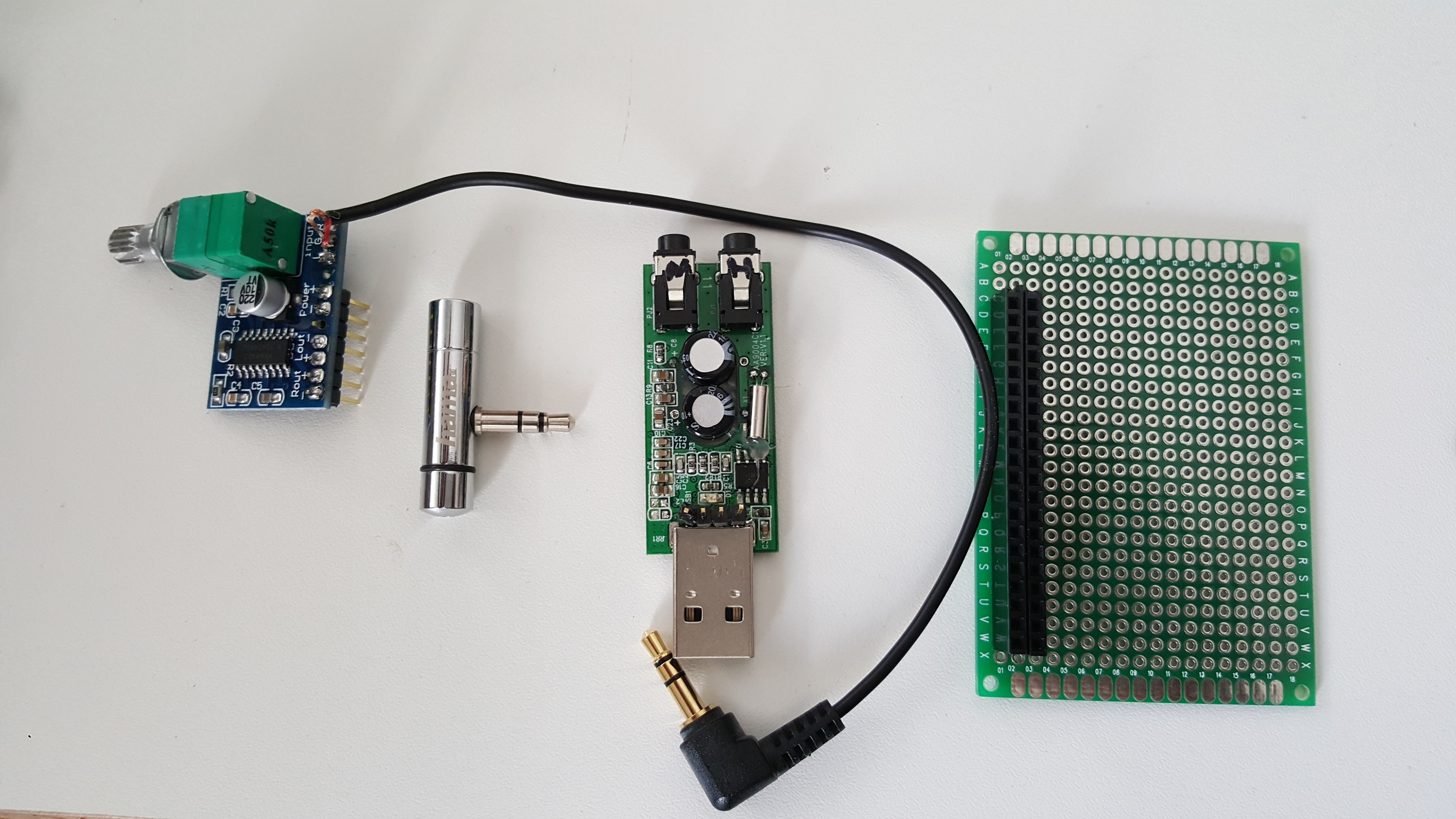 soldering connections to the components

i added the plug to the amplifier so that i can be flexible with the output of the sound card (i can also plug in a headphone), i added an edge connector to the sound card, you can see it right above the end of the usb plug, with the intention to make the board plugable or add a wire over to the pi’s usb port. finally i added two 40 pin rows to the prototying board to get 5v power from the pi’s gpio. 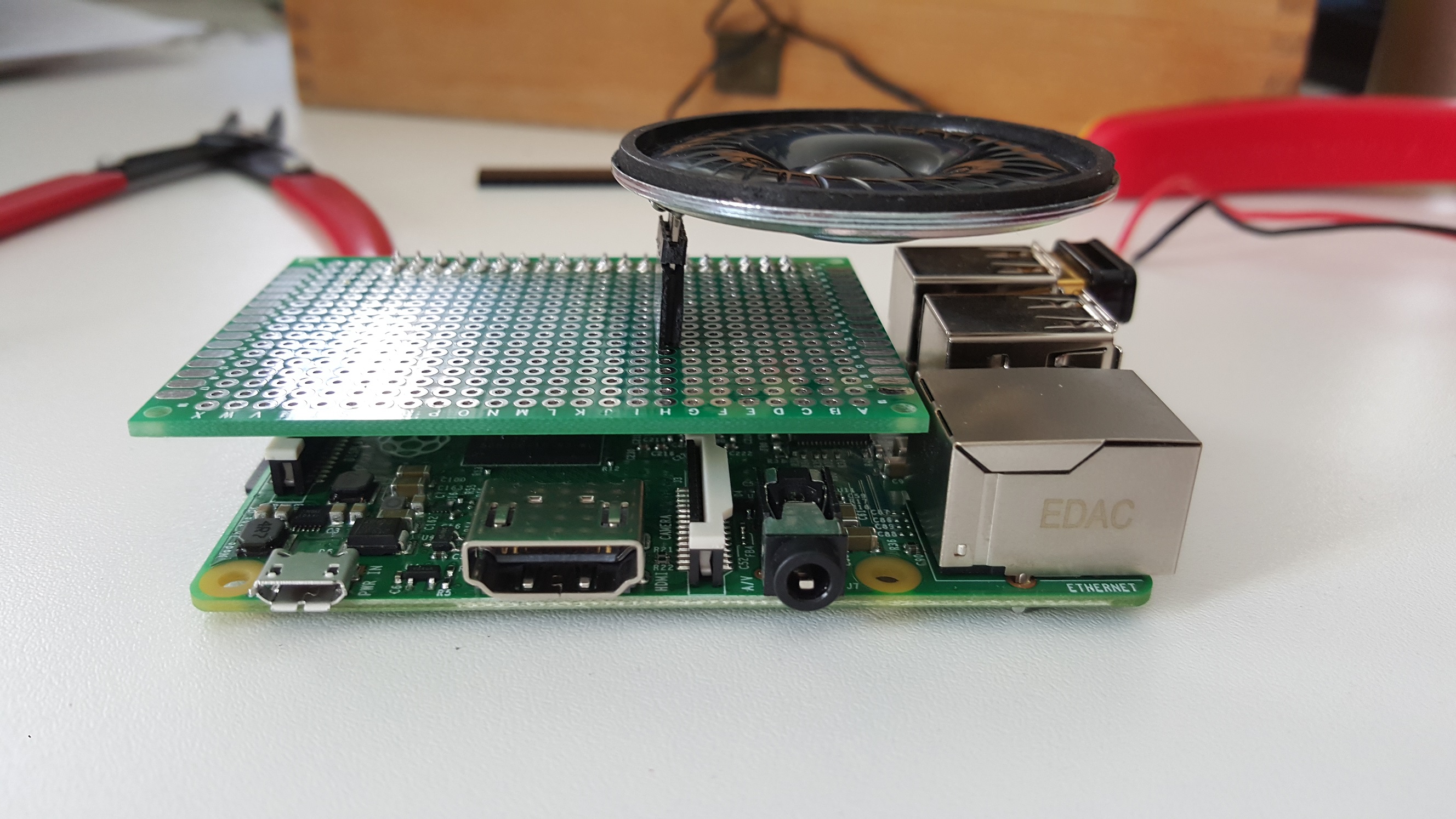 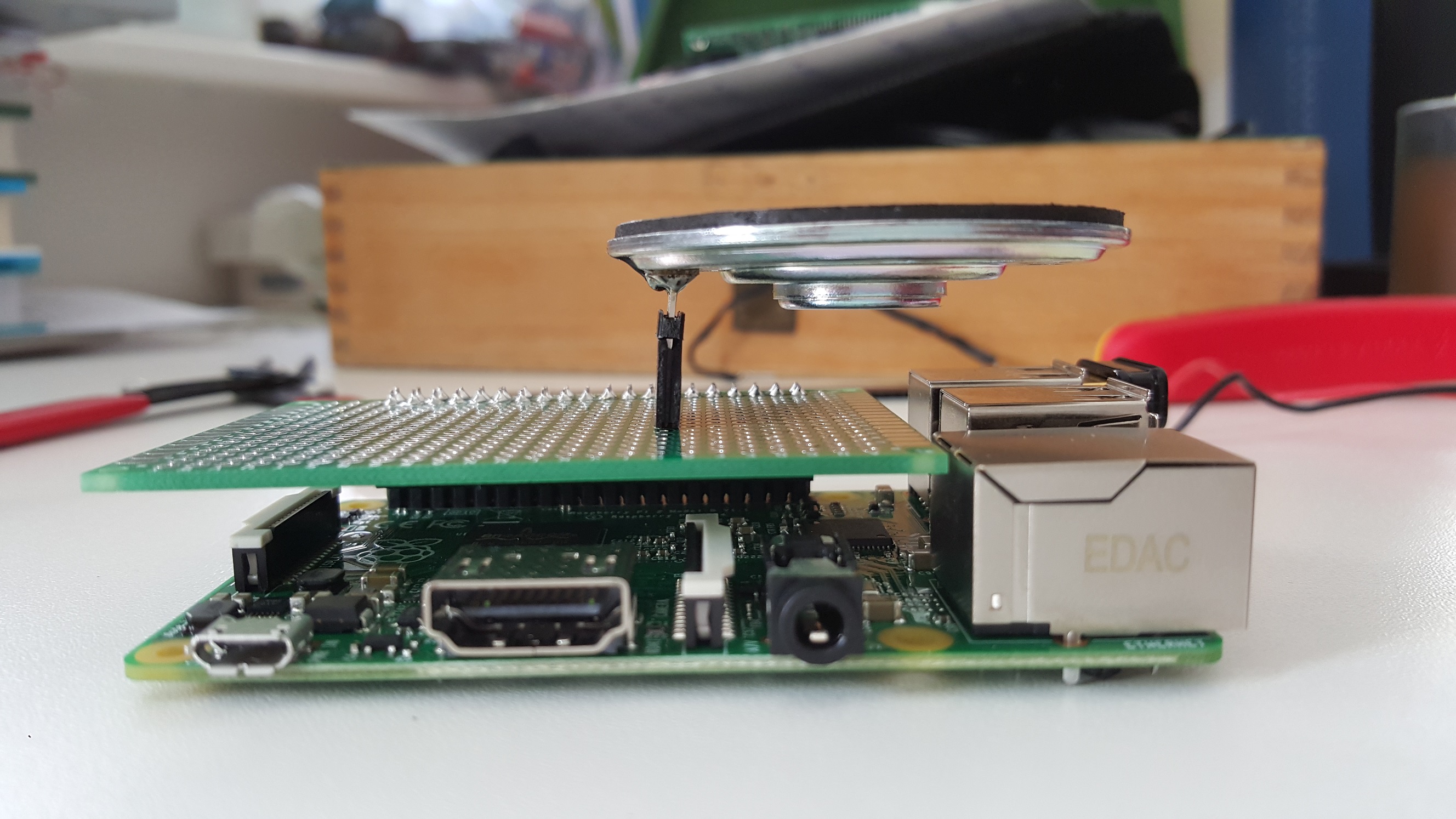 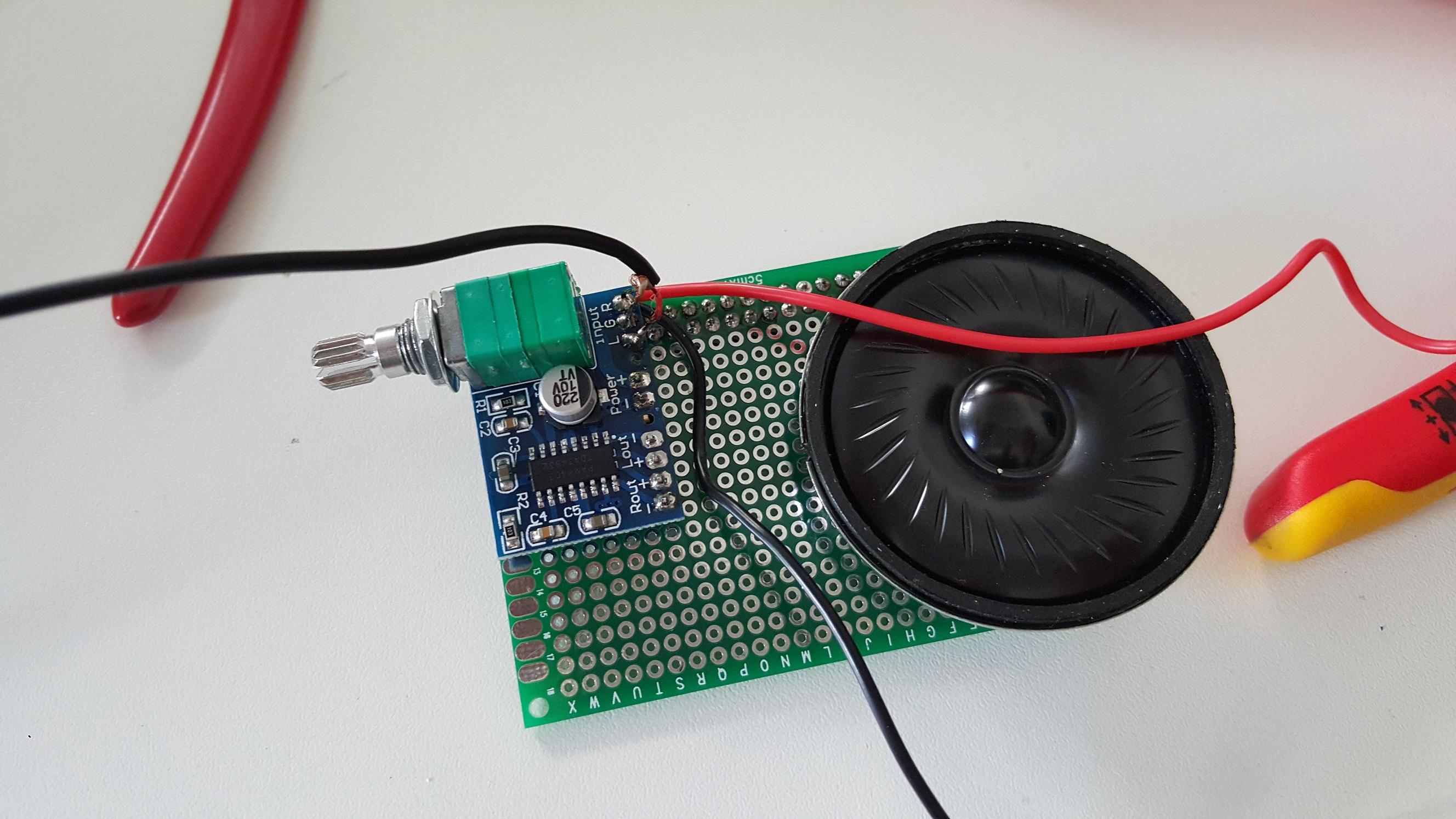 amp’s power from the pi’s gpio 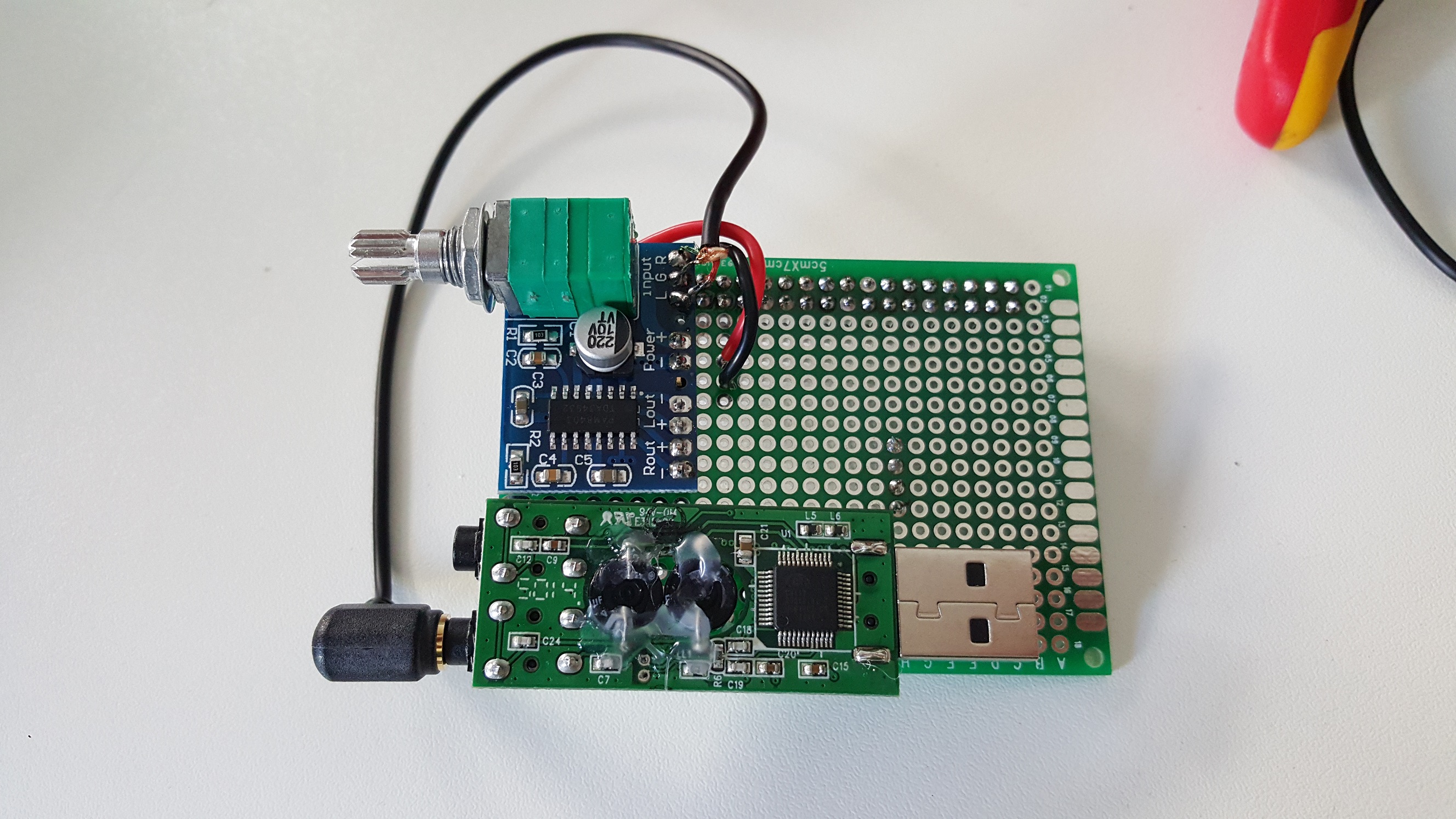 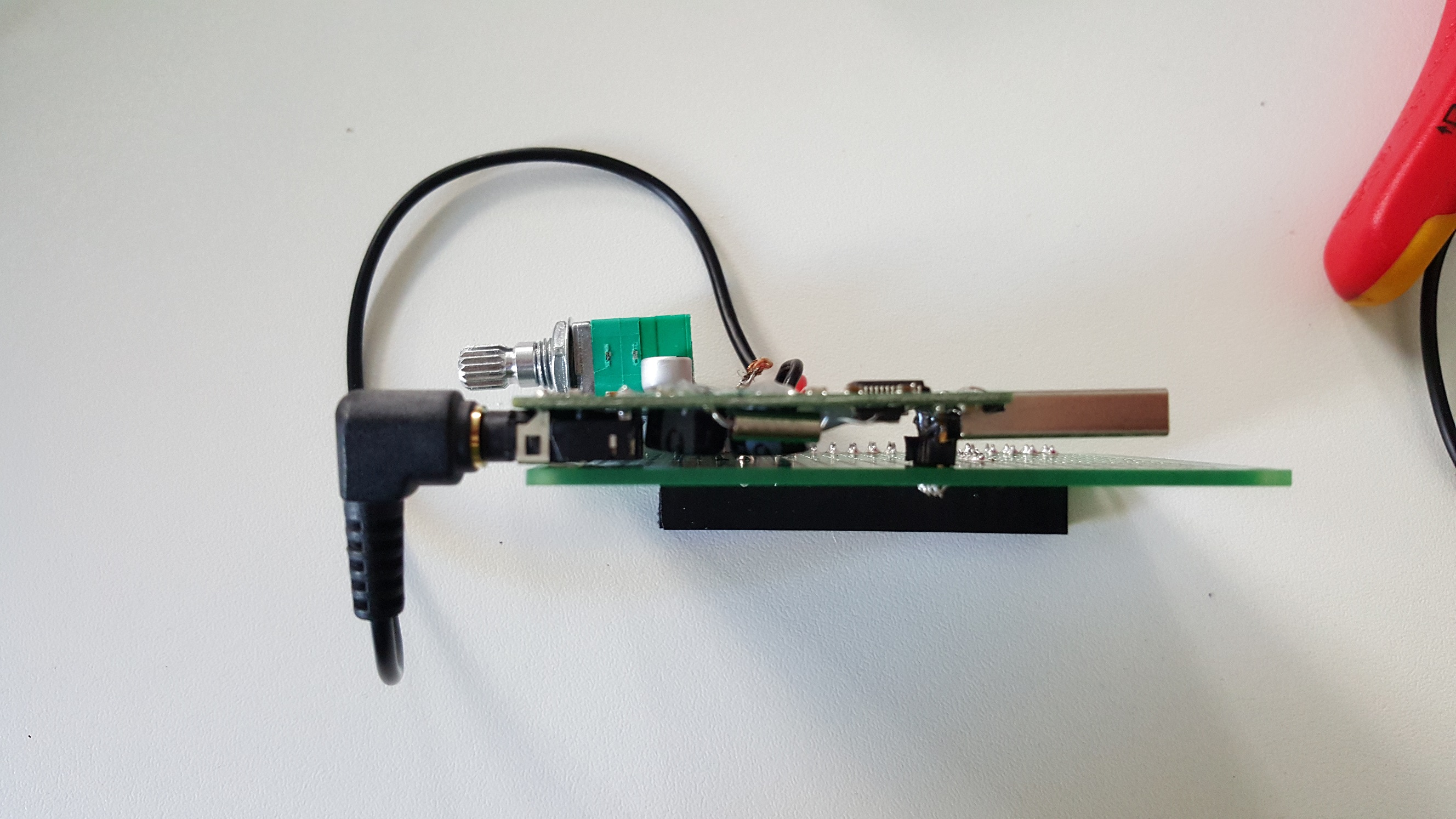 sound card from the side, low profile

okay so here’s the final assembly compared to the pi: 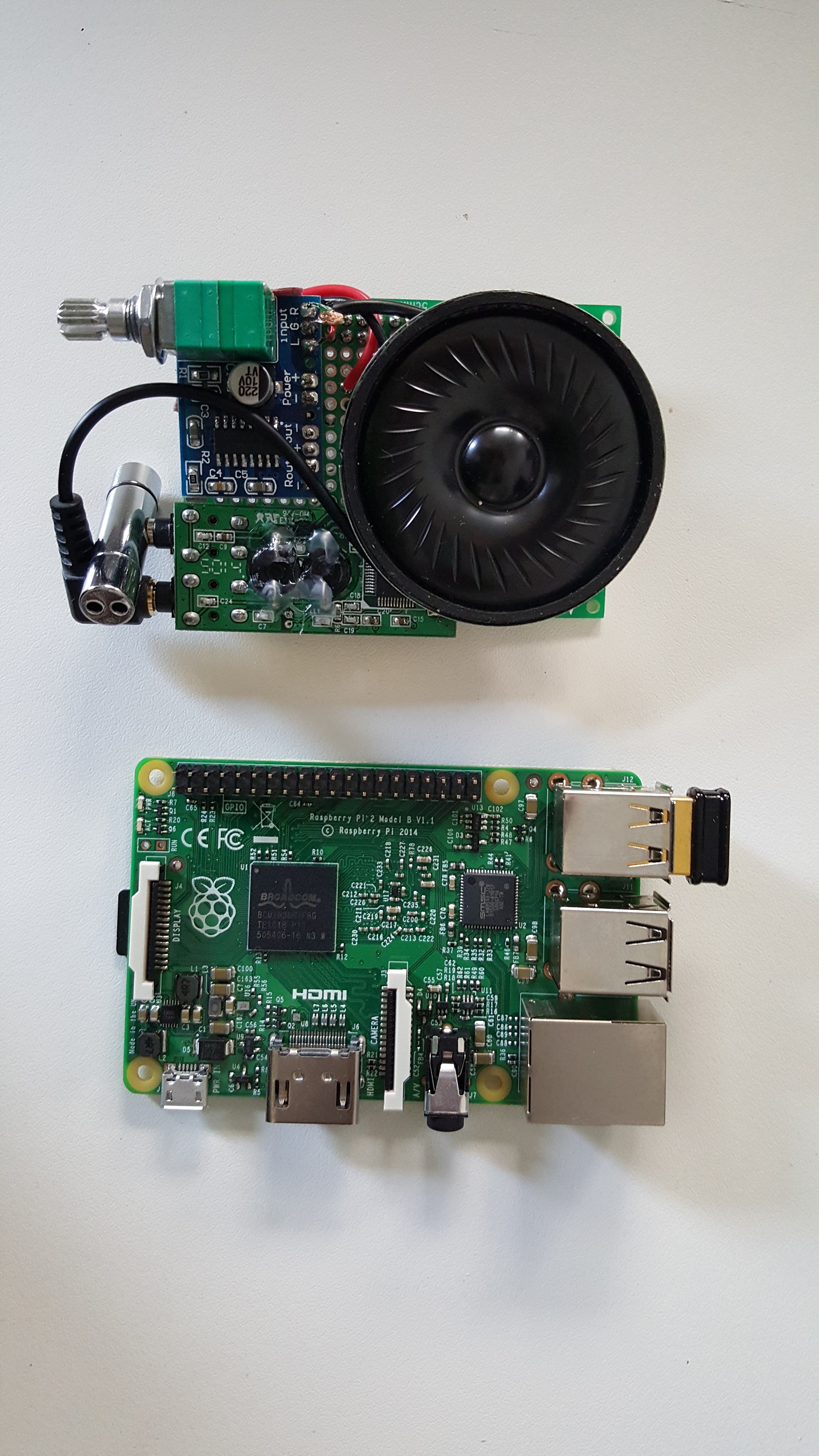 and a video walk-through:

2 thoughts on “active audio board for raspberry pi”